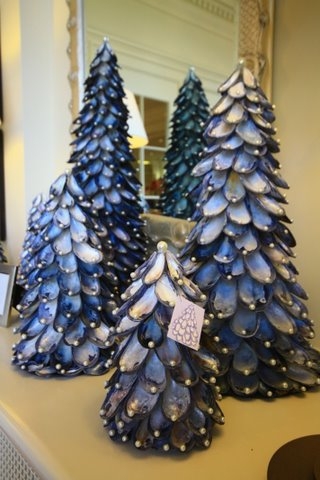 Dale Munsill was walking along the beach one day when she picked up a mussel shell. The retired Charlestown schoolteacher thought to herself that it had a similar triangular shape to a pinecone. “I thought, why not make a tree out of it?” she says. “I’ve been making things my whole life.”

She began collecting mussel shells, first Prince Edward Island restaurant quality shells, but then she realized the natural beauties that washed up on local shores were much better suited to her project. “The shells have been exposed to sand, salt and sun and they are iridescent,” she says. “I hand rub them and that brings out the natural patina of the shell; the shine.”

“It takes a very long time to create one,” she adds, explaining that she hand collects each shell by searching beaches in Jamestown, Rockport and Salem, Mass., and then she cleans and shines each shell, before she even assembles them. 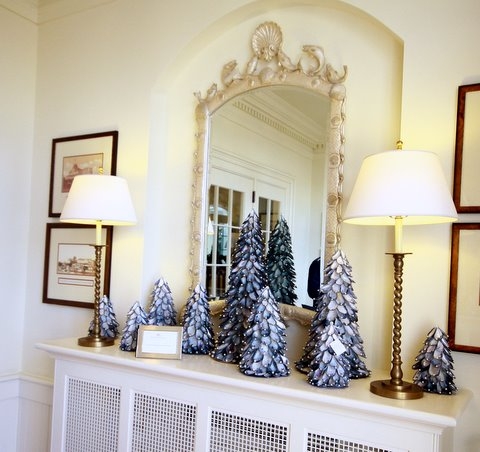 “I never take any live mussels,” Munsill says. “I just pick ones that get caught up in the rocks and have been there a long time. That’s why they are so iridescent, because they sat in the sun for so long.”

Many of her trees are currently on display and for sale at the Ocean House hotel in Watch Hill, where they stand in as part of the holiday decor.

She joked about bringing one to the Rhode Island State House for the holidays. “Maybe it would solve the issue if we just called it a mussel tree,” she says.