Tour the Homes of Newport’s Elite This Weekend

Get the backstory on your favorite Newport mansion at this year's Neighborhoods of Newport House Tour.

We’ve featured many a-Newport mansion in Rhode Island Monthly‘s real estate column, House Lust. (See here and here and here.) But, sadly, the pictures don’t convey the majesty of these historic houses. Sunday’s Neighborhoods of Newport House Tour offers the chance to peek around five of Newport’s most beautiful homes, from the classic to the contemporary.

Take, for example, Edgehill, an iconic Newport property designed by McKim, Mead and White in the late 1800s. The mansion has had many lives. It was built for philanthropist and U.S. representative, George Gordon King. Upon his death, the property was inherited by Mrs. Harriet Manice, who lived there until her death in 1975. That same year, Edgehill was sold to developers who turned the property into an alcohol rehabilitation center for more than 100 patients, including Massachusetts governor Michael Dukakis’s wife, Kitty; the rehab ran for eighteen years, then was sold to a nonprofit that worked with people with disabilities. 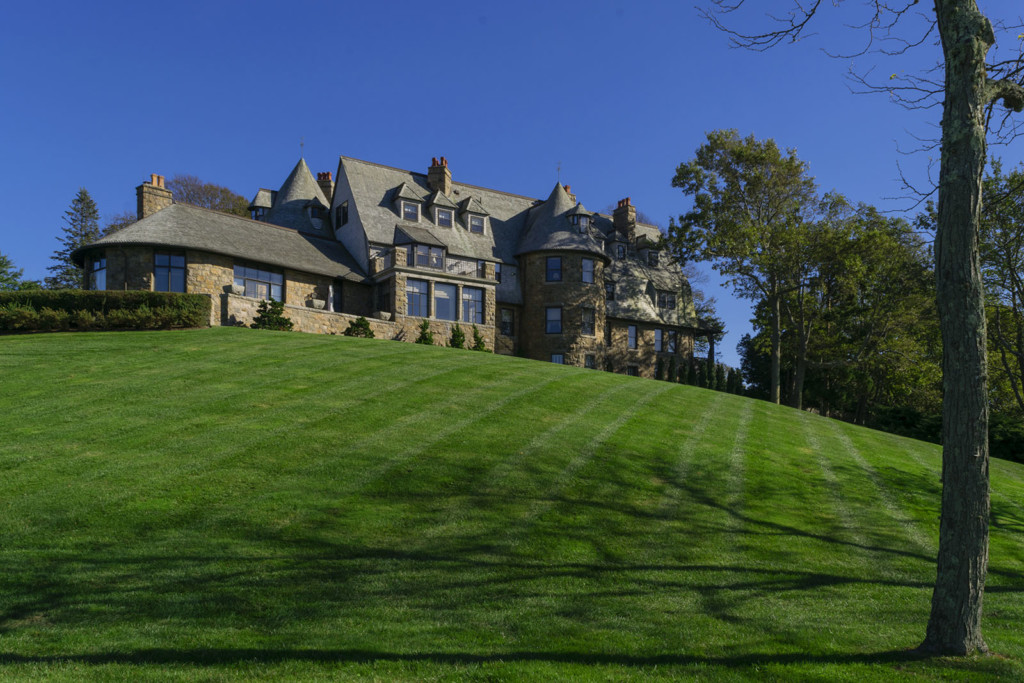 According to Neighborhoods of Newport House Tour’s Roselle McConnell, the latest property owners tapped celebrity decorator, Randall Powers, to revamp the interior. Powers, who was listed on Elle‘s “A-List Designers We Love” in 2016, implemented a design that complemented existing paneled walls, crown molding, fireplaces and other original details. Edgehill’s exterior — with an ashlar stone foundation and shingle upper layers, turrets and porches — has been carefully maintained over the last 130 years.

On the other end of the design spectrum is Harborfront, a.k.a. Ohana House, a recently completed home overlooking Newport Harbor. It was built for a family from Hawaii who have roots in Newport; “Ohana” means “family” in Hawaiian. The home was designed by Newport architect Gregory Yalanis and blends traditional New England design — think: cedar shingle siding and a fieldstone chimney — with contemporary and nautical elements ranging from steel-cable railings and an open floor plan to shiplap interior siding and a bow-like upper deck.

The property housed a nineteenth-century cottage that had fallen into disrepair; Yalanis salvaged elements of that original home to incorporate into the fresh build. According to Yalanis, “The gambrel-style main roof, with its long sweeping curve, allowed us to create a traditional style home with adequate amounts of living space, while shaping it to the nature of the narrow site and cottage-scaled streetscape.”

This year’s tour is Sunday, April 29, from 10 a.m. to 4 p.m. Tickets are $60 each and may be picked up at Rogers High School, 15 Wickham Rd., Newport. Groups of four or more are $45 each. Proceeds support St. Michaels Country Day School. Visit newporthousetour.com for tickets.

Here’s the full round-up of homes:

RELATED ARTICLES
House Lust: The Prettiest Mansion on the Market
House Lust: Inside the Most Expensive House in RI
The Art Buyer’s Guide to Rhode Island