Grab some sunnies and our comprehensive guide and make the best of summer in the City by the Sea. 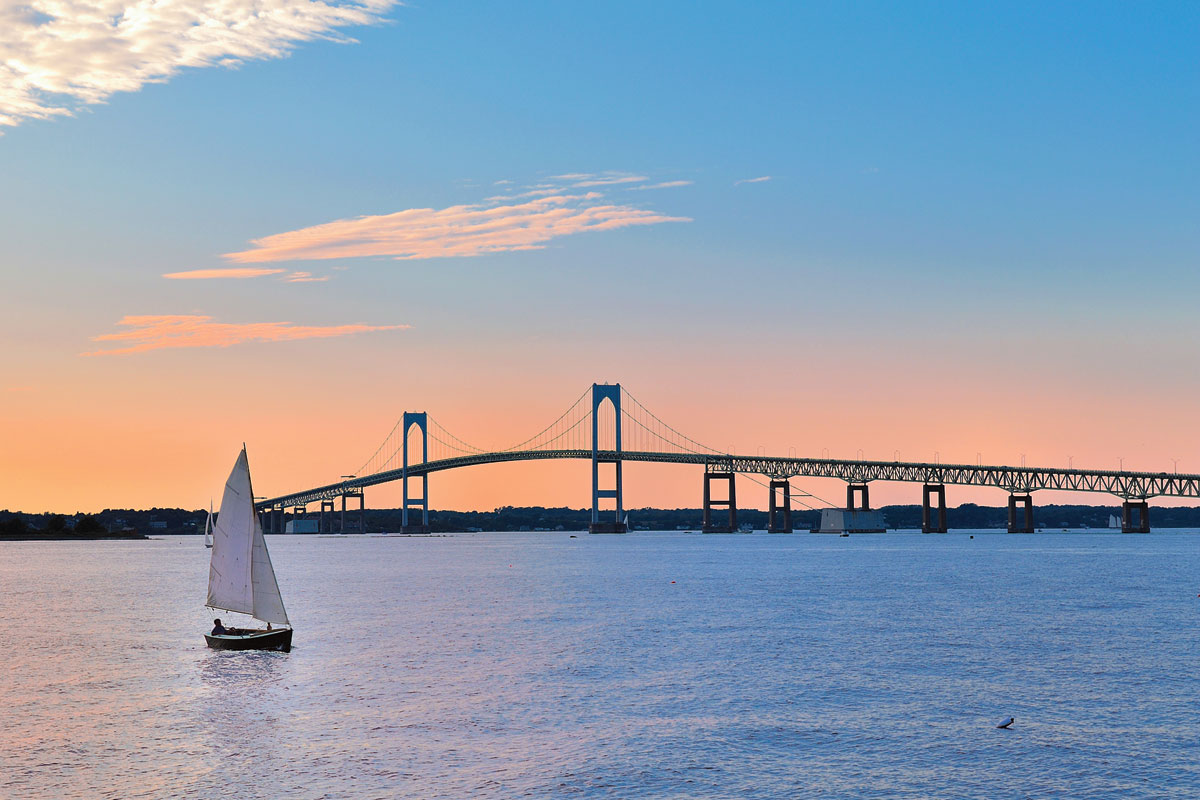 Let’s spend the night together

Whether it’s a romantic date or a singles’ evening out, here’s where to have fun when the sun goes down.
By Nicole Mineau

Bike to the Love Shack
Bring your bikes and hop on the Jamestown-Newport Ferry (leaves late afternoon from Ann Street Pier or Perrotti Park). Enjoy the sights and a drink from the bar. Once you’re in Jamestown, bike up Narragansett Avenue to the Shack at Dutch Harbor for Tallulah’s Tacos, al fresco style (last call is 5:45 p.m.). Finish with a night cap at Jamestown FiSH then head back to Newport. Jamestown Newport Ferry, jamestownnewportferry.com; The Shack, Jamestown, dutchharborboatyard.com; Jamestown FiSH, jamestownfishri.com

Single and run to mingle
The Newport Run and Chug Club, which meets at the Fastnet Pub Thursdays at 6:25 p.m., is an unintimidating way to meet new people. You’ll run or walk (or both) through Newport as a pack and then get together after for food and drinks. All ages, abilities and newcomers are welcome. Once part of “the club,” you’ll receive emails with other social events. Afterwards, grab a friend and head to the Landing, with its outdoor bar and live music until 10 p.m. — perfect for easygoing mingling. The Fastnet, 1 Broadway, thefastnetpub.com; The Landing, 30 Bowens Wharf, Newport, thelandingrestaurantnewport.com

Girls’ night delight
Book time for you and your girls at the Bodhi Spa. Choose from a hot mineral bath, cold plunge, steam room or sauna, or get a massage. After, grab a bite to eat at Perro Salado (try the margaritas), then walk to Firehouse Theater for an improv comedy show. It’s B.Y.O.B. The Bodhi Spa, 654 Thames St., thebodhispa.com; Perro Salado, 19 Charles St., perrosalado.com; Firehouse Theater, 4 Equality Park Pl., firehousetheater.org 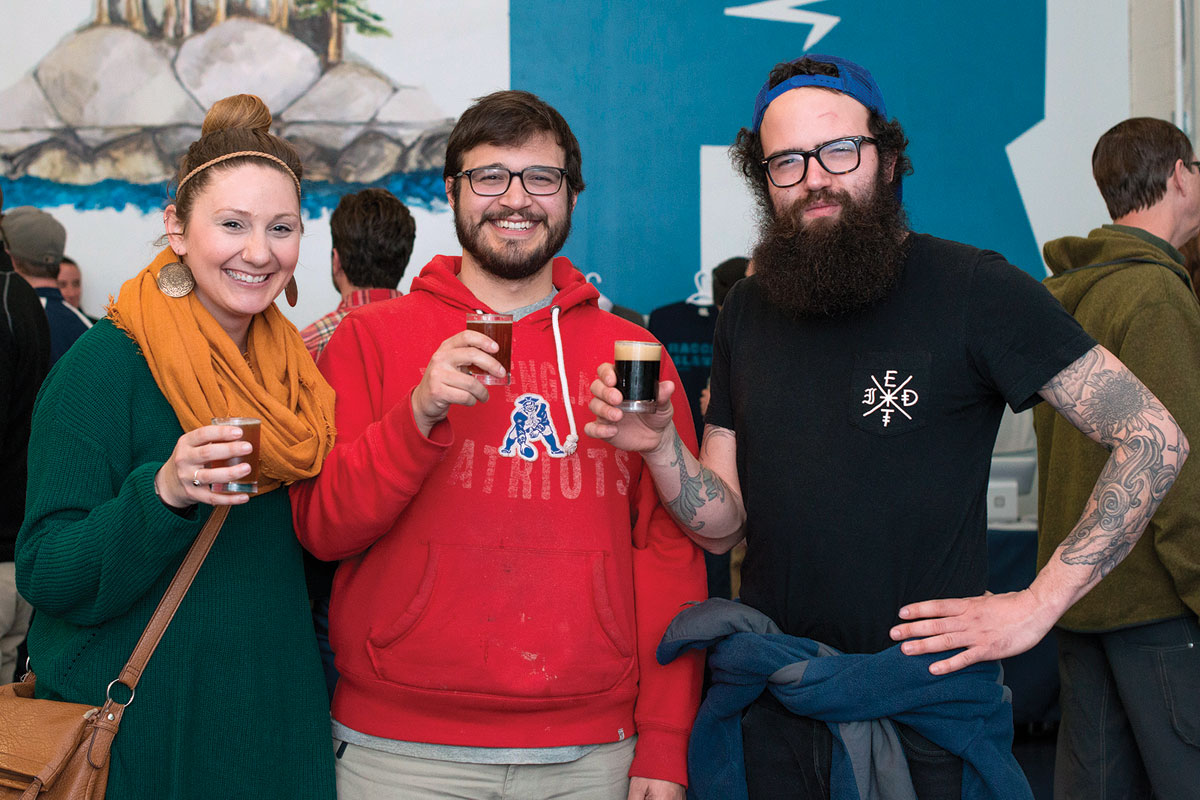 Bro’ing out
Sample local IPAs at the Ragged Island Brewing Company in Portsmouth, the island’s newest brewery, then head to Newport for dinner (remember to call Uber). One option is Pour Judgement, which serves up craft beers and burgers at a discount when ordering both. Then move on to where the action is, @ The Deck. The restaurant is on the water and has an outdoor bar and music. Ragged Island Brewing Company, 200 High Point Ave., Portsmouth, raggedislandbrewing.com; Pour Judgement, 32 Broadway, pourjudgementnewport.com; @ The Deck, 1 Waites Wharf, waiteswharf.com

Intriguing things to do even if the weather isn’t cooperating.
By Orrin Hanratty

Museum of American Illustration
492 Bellevue Ave., Newport, 851-8949, americanillustration.org
Why go: It has gorgeous grounds, beautiful galleries, and is dedicated to preserving American illustrators’ works.
Don’t miss: Check out a new exhibit on Howard Pyle, his students and the golden age of American illustration.
Did you know: The museum has the original paint box that Norman Rockwell used.
Admission:Adults $18; seniors/military $16; groups $15; students $12; children $8

Audrain Auto Museum
222 Bellevue Ave., Newport, 856-4420, audrainautomuseum.org
Why go: The museum celebrates the union of beauty and function that the cars embody, with access to hundreds of the rarest cars ever built.
Don’t miss: Learn the fascinating history of the convertible at “The Drop Dead Drop Tops.” The exhibit closes June 18..
Did you know: Its oldest car is an 1899 Crouch Runabout.  It does not have a steering wheel and is steam powered.
Admission:Adults $14; seniors $10; students/military (with ID) $10; children six to seventeen $8

Newport Art Museum
76 Bellevue Ave., Newport, 848-8200, newportartmuseum.org
Why go: Since 1912, the Newport Art Museum has attracted visitors from around the world.
Don’t miss: The “Boys of Summer” exhibit explores baseball’s beauty through photographs of the Newport Gulls, a local collegiate team.
Did you know: One famous painting of a regatta includes a self-portrait of its artist, Fritz Henry Lane, painting it. Can you find it?
Admission: Adults $10; seniors $8; students/military $6; children younger than five free; members free

Chapel of the Sea
24 Annandale Rd., Newport, seamensnewport.org
Why go: A quiet place of reflection and thought where visitors can achieve an understanding of those called to the sea.
Don’t miss: Images of saints associated with the sea, painted in the early 1900s, are the star of the chapel.
Did you know: Has been called one of the “seven quiet places to gather your thoughts and nourish your soul” in Newport.
Admission: The chapel is free and open to the public.

Naval War College Museum
76 Bellevue Ave., Newport, 848-8200, usnwc.edu/museum
Why go: The Naval War College Museum is emblematic of the long symbiotic relationship between Newport and the Navy.
Don’t miss: In June, there is a special exhibit to honor the seventy-fifth anniversary of the decisive WWII battle, the Battle of Midway.
Did you know: Tradition has it that the college was commissioned by Commodore Stephen Luce. The site was formerly the home of the Newport Asylum for the Poor.
Admission: Admission to the museum is dependent on a background check made up to seven days in advance.