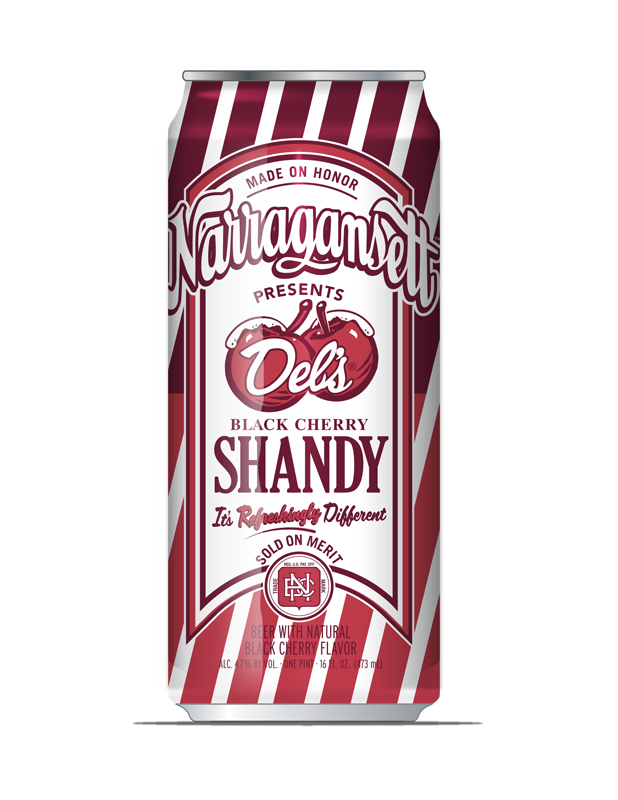 Way to go, Narragansett Beer, for providing a little bit of summery news on a dreary Monday.

The brewery’s back at it with another collaboration with tag team partner Del’s Lemonade. They’ve got a new beer: the Del’s Black Cherry Shandy, a tart and sweet creation made under the supervision of brewmaster Sean Larkin. The beer will hit shelves this week in tallboy six packs for $9 to $10.

The beverage collaboration also broadens to Del’s stands, which will offer a black cherry frozen lemonade at Rhode Island and Southeastern Massachusetts locations this summer.