How to Start Practicing Mindfulness

Turns out, there are many ways to reduce stress and anxiety and to become more self-aware. Here are some options for training your brain, either alone or in a group. 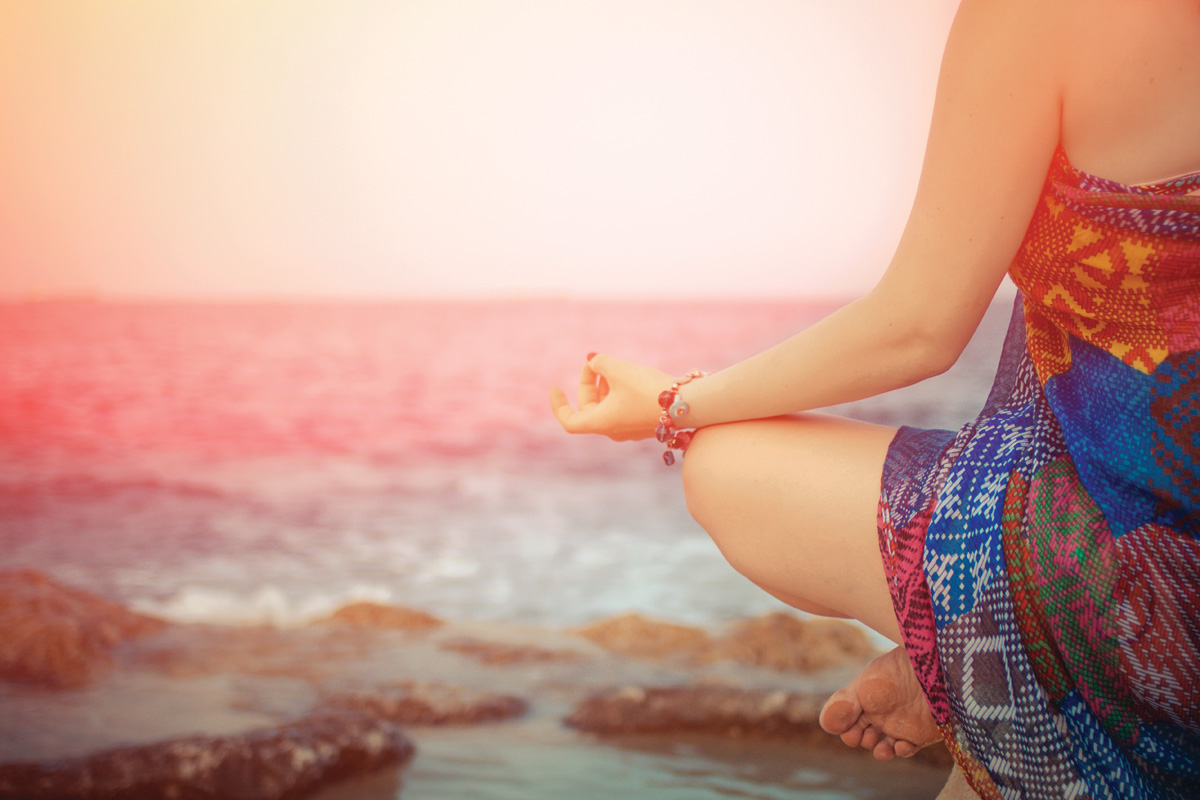 I’ve always been an anxious person. When I was a kid, roosters, airplanes and parking lots scared me. Post 9/11, the very idea of my mother going outside our suburban Massachusetts home to walk the dog induced stomach cramps. What if she was hurt? How would we survive? Eight-year-old me reasoned that for the good of my family, I should walk the dog. Just in case. My childhood, for various reasons, was one of burying emotion, the dulling pain and listening to the voices that told me I was worthless. Like Gollum in Lord of the Rings, there were two of me, one that said “you are a beautiful, worthy human being,” and the other whispering “you are worthless, a burden. Nobody likes you.” After shoving these feelings below the surface for years in ways that affected friendships, relationships and overall well-being, I finally broke down and saw a therapist. We talked, she suggested books on what can probably be called mindfulness, mainly through the form of body scans and breathing exercises.

I was skeptical, but decided to give the exercises a try. I would sit in my car before work, breathing in and out, clenching and unclenching various muscles, and telling myself “you shouldn’t worry, everything is okay.”

It’s amazing how little you trust yourself.

After a few months of trying to fit it in my routine, but finding the results (if there were any) unsatisfactory, I stopped.

“It’s just a bunch of self-absorbed baloney,” I told myself, adding that I was still anxious, ergo this “treatment” wasn’t for me.

Then I stumbled upon Headspace, the trendy mindfulness app that promises to make meditation simple. I decided to give it a shot, since my anxiety had recently spiked, and settled into a chair for my first session.

We’ll show you how to train your mind for a happier, healthier life, the screen read.

Yeah, sure it is.

We’ll guide you through each step.

But my skepticism slowly loosened as the app plowed ahead with its message.

“Some days, meditation will feel easy. On others, it might feel difficult. The trick is to gently stay with it each time, no matter how it feels,” the voice of the app creator and former Buddhist monk, Andy Puddicombe, intoned as cartoons played on the screen.

Ten days later, I had meditated a total of 100 minutes.

And it was nice.

Mindfulness was something I thought would never help me. My brother had dabbled in it, my boyfriend meditates frequently, but I had always looked at it skeptically.

“Why should it work?” I thought, before I had any success with it. “Nothing else has.”

But when I gave it another try and the clouds lifted, even if it was only for a little while, the question of “Why does this work?” kept pinging into my newly clear mind.

Scratch that. My still-cluttered-but-more-aware mind.

That’s the key, actually. Mindfulness meditation isn’t about dispelling thoughts completely (after all, “I think therefore I am”), rather it’s about being aware of your thoughts and seeing them for what they really are — drum roll please — just thoughts.

For another definition, let’s turn to mindfulness meditation pioneer, Jon Kabat-Zinn, who has said, “Mindfulness is awareness that arises through paying attention, on purpose, in the present moment, non-judgmentally. It’s about knowing what is on your mind.” 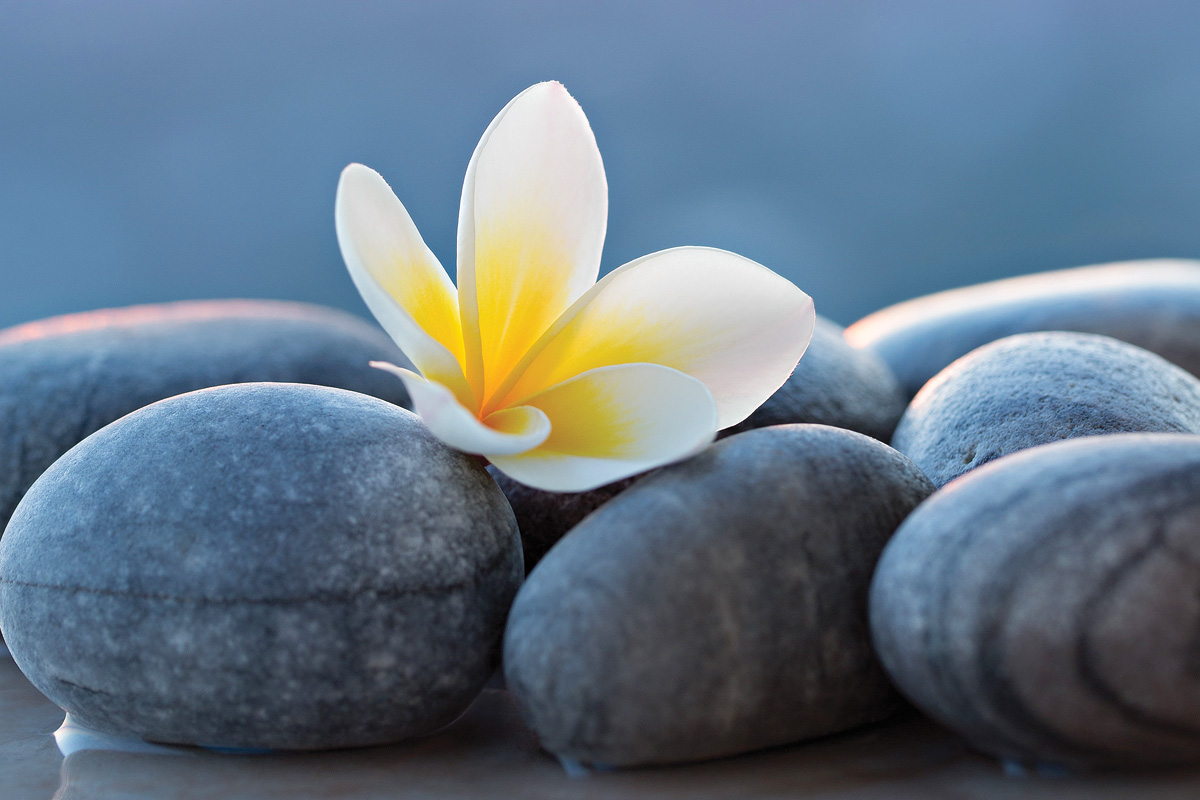 But why does the simple act of paying attention to your thoughts calm you down, lower blood pressure, decrease levels of that pesky stress hormone, cortisol, and overall bring greater quality of life?

On the medical side, while still not completely understood, scientists are finding that the amygdala (the fight-or-flight, emotional part of the brain) physically shrinks in patients who have completed meditation courses. Whoa; that’s intense stuff.

To find out more, I started to poke around (read: Google) to learn a little more about this mysterious treatment and to see if there was anyone who wasn’t a self-proclaimed yogi that I could talk to.

Turns out, Rhode Island is a hotspot for meditation, and the names started rolling in.

One person in particular caught my attention: Dr. Mitchell Levy.

Levy is the director of the medical intensive care unit at Rhode Island Hospital. He is tall and wiry, and as a higher-up practitioner in a clinical setting, the last type of person I’d think would take meditation seriously.

It turns out he does.

Not only has Levy implemented a program that teaches mindfulness meditation to medical residents, practicing doctors, nurses and more, he is also a practitioner himself, a senior teacher in the Shambhala tradition.

“I’ve been a student of Buddhism for forty years,” he pauses and laughs. “Well, over forty years. So I do a lot of classes where I teach mindfulness.”

He sees mindfulness meditation as a way for people to become more self-aware and reduce suffering in our lives, since collectively we are an anxious, stressed-out bunch. About 81,000 Rhode Island adults sought mental health treatment or counseling in 2012. Universally, mental illness in its various forms has become more and more pronounced, with more than eight million American adults reporting suffering from serious psychological distress, and forty million adults suffering from anxiety. Anxiety is highly treatable, but only around 37 percent seek treatment.

“More and more, our culture is appreciating the importance of mindfulness as our lives get busier and chaotic,” Levy says. “Our lives get more and more pressured, whether it’s work or family deadlines, children, all the pressures of the modern world. I think people are recognizing the need to turn to some way of simply opening up, and mindfulness allows you to discover something that’s more profound than just your constant thinking process.”

But the other part of mindfulness’s sudden explosion in popularity (Headspace, the app that I used to meditate, had six million users in 2016) is its appropriation as a trend. It is, along with crystals and salt lamps, becoming the go-to calm-down method of celebrities and influencers far and wide.

This is where it gets tricky. Paying attention to our thoughts can often reveal difficult things that we’ve buried deep in our psyche.