Halsey is preparing for her red carpet debut as a correspondent for "Ellen" during the pre-show livestream on YouTube. 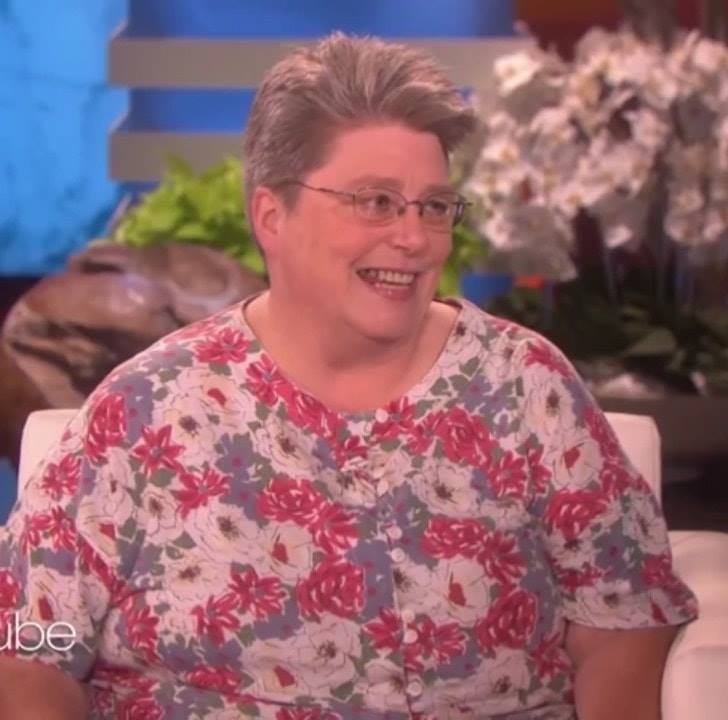 Mary Halsey during her “Ellen” appearance.

Mary Halsey is more than a one-hit karaoke wonder. In fact, Ellen DeGeneres liked her so much after she appeared on her show to do her karaoke version of Missy Elliott’s “Work It,” with a surprise duet with Missy Elliott herself, that Ellen flew her out to Los Angeles on Monday to cover the American Music Awards on Tuesday as a correspondent for her show.

Halsey – also known as “Missy’s Funky White Sister” – and her friend Pam are now in L.A. preparing Halsey for her red carpet debut. Here’s what Halsey says about where you can see her appearances: Watch her on Tuesday, starting at 6 p.m. on the YouTube livestream of the AMAs red carpet pres-show, and you might see parts of it on ABC news shows like “Inside Edition,” preceding the actual awards show, which begins at 8 p.m. Halsey will also appear on “Ellen” again on Wednesday at 4 p.m., when “Ellen” shows highlights from the red carpet with Halsey as correspondent.

We think this won’t be the last “Ellen” appearance for Halsey, but only time will tell where she pops up next.

Five of the Best “Caught in Providence” Moments