Marvel Universe Live! Age of Heroes is Coming to Providence

We chatted about stunts, pyrotechnics and acrobatics with performer Tyler Hubbard, who plays Star Lord in the show. 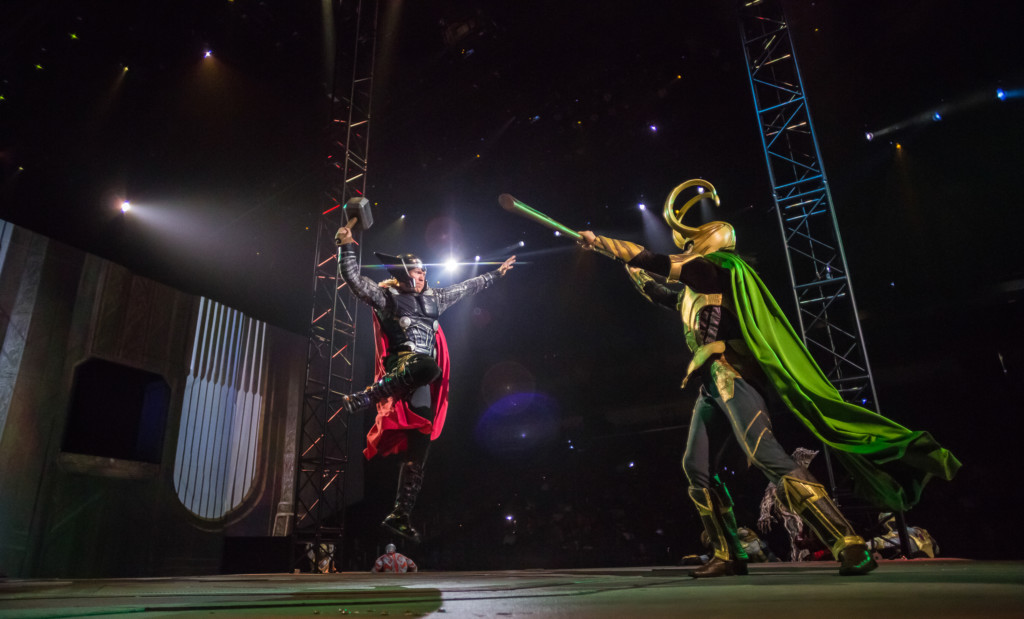 From the producers of the widely acclaimed Disney on Ice comes Marvel Universe Live! Age of Heroes. This action-packed show is coming to the Dunkin’ Donuts Center in Providence on Thursday, April 26 through Sunday, April 29. Show times are Thursday and Friday at 7 p.m.; Saturday at 11 a.m., 3 p.m. and 7 p.m.; and Sunday at noon and 4 p.m.

The live show is an exciting adventure for families with children, Marvel lovers and fans of acrobatic theatrics and extreme stunts; all of whom will gaze in awe at the fantastic stunt sequences which include pyrotechnics, laser lights, aerial acrobatics, 3D video projection mapping, and of course, some serious fight choreography.

The story follows the Avengers, Guardians of the Galaxy, Spider-Man and Doctor Strange as they race across the Earth and beyond searching to recover the Wand of Watoomb before Loki can seize its powers for his own nefarious purposes. But while the plot is cliché by comic book standards, the performance is epic and sees the live stage debut of Guardians of the Galaxy characters and features plenty of surprise appearances to excite audiences.

We were lucky enough to get the chance to talk with one of the performers, Tyler Hubbard, who plays Star Lord in the show, a role made famous by Chris Pratt in the hit Guardians of the Galaxy series.

Tell me about the background to this show. What kind of prep work did you guys have to do to get these stunts and the choreography down?

We started with a three-month rehearsal period in Florida where they built the show. It included three weeks of a crazy intense boot camp where we were put through daily workouts, high falls, repels, and all sorts of stunts that you’ll see in the show. But if you want to go way back, it started when I went to school for theater not too far from Providence. After that, I moved to Florida to work shows at Disney and Universal theme parks, and from there, I eventually made the transition to a stunt man and got hired to work this show. 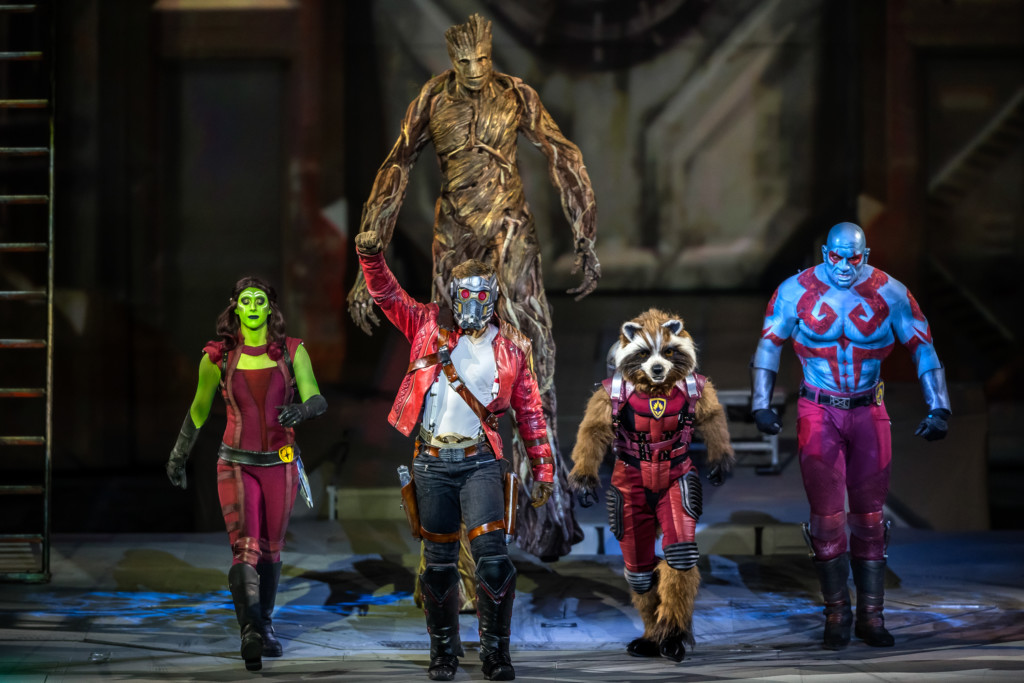 This is a show that’s maybe designed with kids in mind, but is absolutely great for fans of the Marvel comics and universe. It’s good for all ages because there are stunts and fights that are impressive even for adults. I hear a lot that parents actually had more fun than their kids. Like, adults come in thinking, it’s a kid show because its geared towards kids but they see that there really is something there for everybody.

What part of the show do you think usually gets the best reaction, the part that audiences can look forward to?

Having put on the show a few times, what would you say is the best part about being a performer in this show?

My first entrance is the best part. It’s a forty-five-foot invert repel. That’s a face-first drop from forty-five feet up and it never gets old. But my favorite part of this performance is seeing the crowd and the kids dressed up as the Hulk or Captain America or Star Lord and when these characters come out on stage, they go nuts. 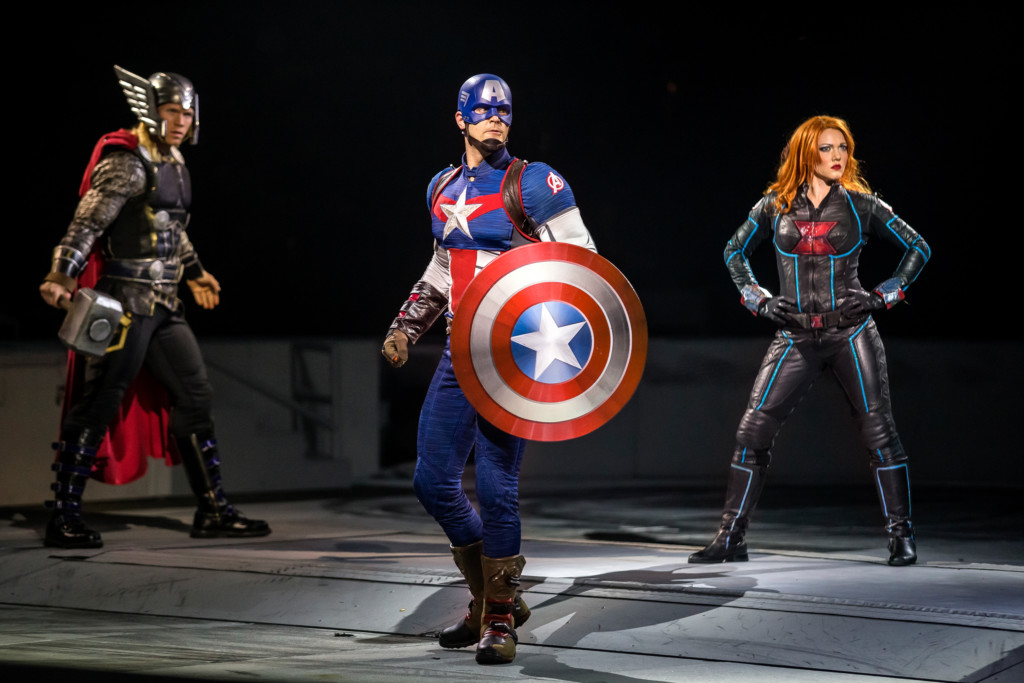 What would you say to fans that are on the fence about seeing the show? Maybe they’re fans of the Marvel universe and think it looks cool, but dismiss it as a kids show?

Not only are the stunts impressive to kids and adults, but the tech is also highly impressive. The entire stage is white, and you’re projected into each scene. Everything is projected across the floor and that’s one of the coolest things to watch. If you’re on the fence, I know you’re going to walk away wanting to try at least three of the stunts in the show, if not all of them, when you get home. Be careful though, this is definitely, “don’t try this at home” kind of stuff. 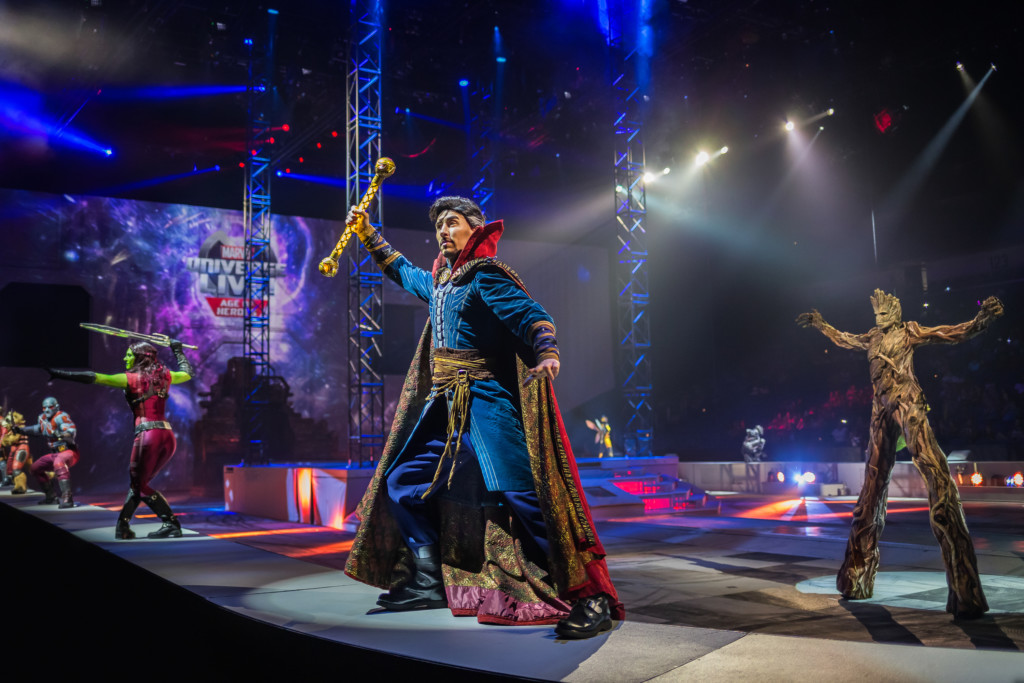 Tickets start at $15 each, and are available at the Dunkin’ Donuts Center Box Office, at ticketmaster.com, or by calling 800-745-3000. For Group Sales, call 401-273-5000. To see video snippets of the show and to discover more about Marvel Universe LIVE! Age of Heroes, visit the website.

5 Places for Freshly Made Waffles