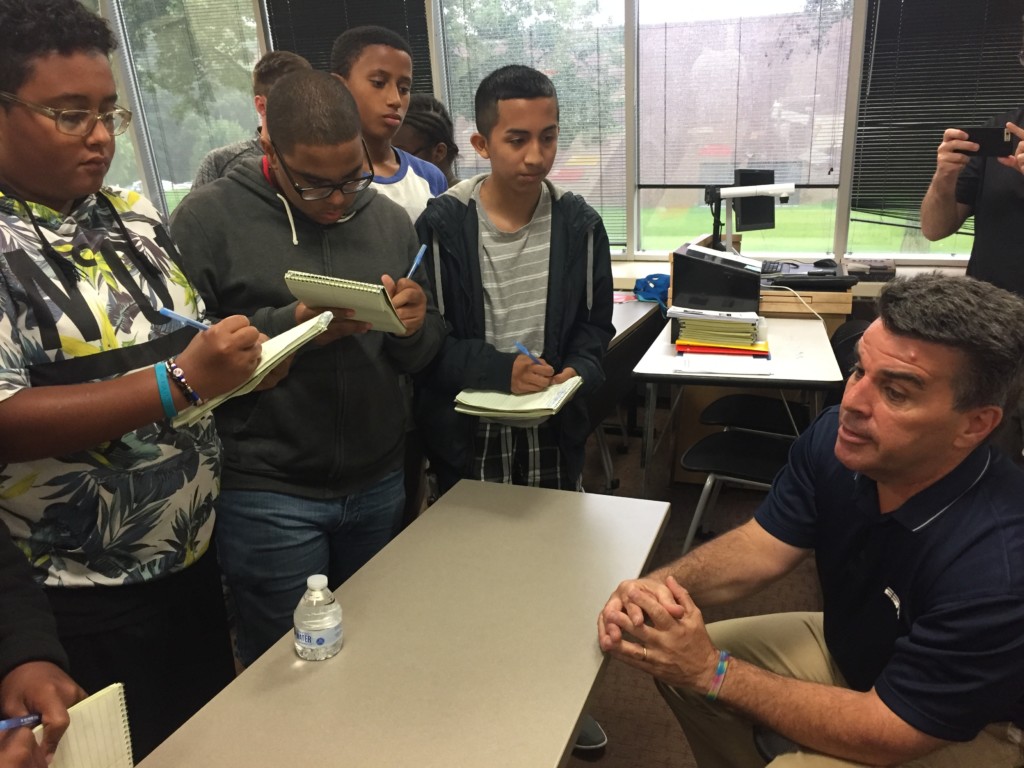 This summer, more than sixty at-risk middle school students are learning how to be sports writers. The program, Rhode Island Write On Sports, conducts two-week sports writing camps, during which students craft their own detailed sports feature story and create a three-minute sports-related video. The students also get to sit in on mock press conferences and interviews with Rhode Island journalists and sports figures, and they attended a PawSox game at McCoy Stadium, where they interviewed PawSox pitchers and blogged about the experience.

Retired Providence Journal sports reporter Steve Krasner runs the free program locally, which is part of a nonprofit that was founded in New Jersey twelve years ago by a retired AP editor. He guides the students through brainstorming ideas, honing an angle, conducting research, and writing and revising the story. This is the fourth year they’ve run the camp, and this summer, the program expanded to two sessions; one group spent July 10−21 at Providence College; and one group is now in session from July 17-27 at Bryant University.

According to Rhode Island Write On Sports’ mission statement, the program is designed to inspire students to improve their writing skills by tapping into their passion for sports. The curriculum was developed by a Montclair State literacy professor, and the students’ stories are published in a booklet that gets handed out on the final day of camp. The students are all invited to attend a pizza party with their families that includes a viewing of the videos that the kids created at the camp.

Highlights from this summer’s Write On Sports camp included a mock press conference at Providence College with Friars basketball players Alpha Dialo and Tom Planek, a mock interview with former NFL running back Tom Clayton, who spent six years in the NFL including a year with the New England Patriots, and a mock interview held at Bryant University with famed Little League coach Dave Belisle.

All of the experiences help the students realize that writing can take you anywhere, if you work hard. “The goal is not to turn out a gazillion sports writers,” says Krasner in an email, “but rather to get the students more comfortable and confident in the writing process, with the stories going from idea to angle to research to write/revise and write/revise.” For more videos and photos, check out Rhode Island Write On Sports Facebook page or website, riwriteonsports.org. 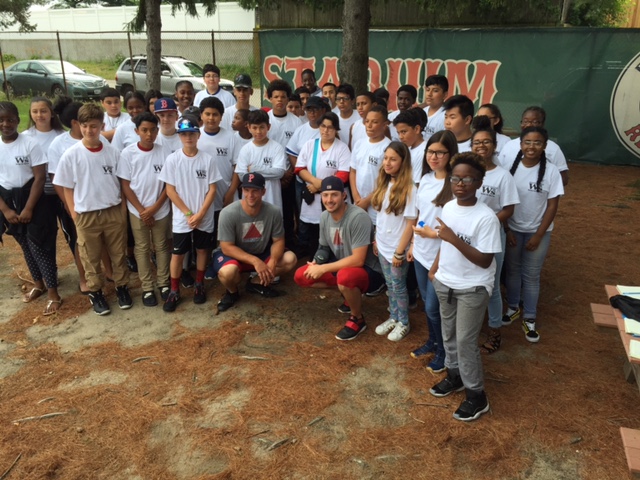 Interviewing Pawtucket Red Sox pitchers Chandler Shepherd and Marcus Walden at McCoy Stadium was a highlight of the camp week.