Local Man to Bike Across America for Community

Local Lorne Adrain will bike from Seattle to Rhode Island to learn about community.

Lorne Adrain sits in the Coffee Exchange a week and a half before his big trip.

Adrain will bike by himself from Seattle back to Providence, an accomplishment in itself. But to add to the feat, he will make stops along the way in the hopes talking to people in communities across America about what they are doing to make their small slice of the U.S. a better place.

“Everybody’s life is a portfolio, mine is family, friends, community work and then just stuff for myself. I’m in the life insurance business, and it’s my own company, so it’s very flexible and allows me to do crazy stuff like this.”

Adrain dreamed of doing a long-distance bike ride since he was in college, but life got in the way and that dream was never fulfilled.

“When I was in business school at Harvard,  I had this idea to ride a bicycle around the world and raise money to create a venture capital fund for micro enterprises in developing countries,” he says. “I ended up not doing it, but I  always held onto the dream.”

At sixty-four years old, he’s finally found the time to do it, changing his ‘around the world’ trip to a more manageable, but still daunting, cross-country trek.

He decided to call his adventure Community Across America, since not only will he bike, but he will also talk to people he encounters and record their stories.

“When I land somewhere, I will learn more about what people are doing in that place to build community and connectedness. and what are they doing to appreciate one another and to be appreciative of their differences and the strength of diversity in their community,” he says.

These conversations will be posted to Community Across American Facebook page, where people from around the country can not only see what other communities are doing, but they can submit questions and follow Adrain’s journey. He begins, appropriately, on National Neighborhood Day on September 17.

” I don’t know exactly how its gonna work but I will find out. It will be an adventure.”

You can follow Adrain and connect with him and the people he speaks with on his Facebook page, Community Across America. 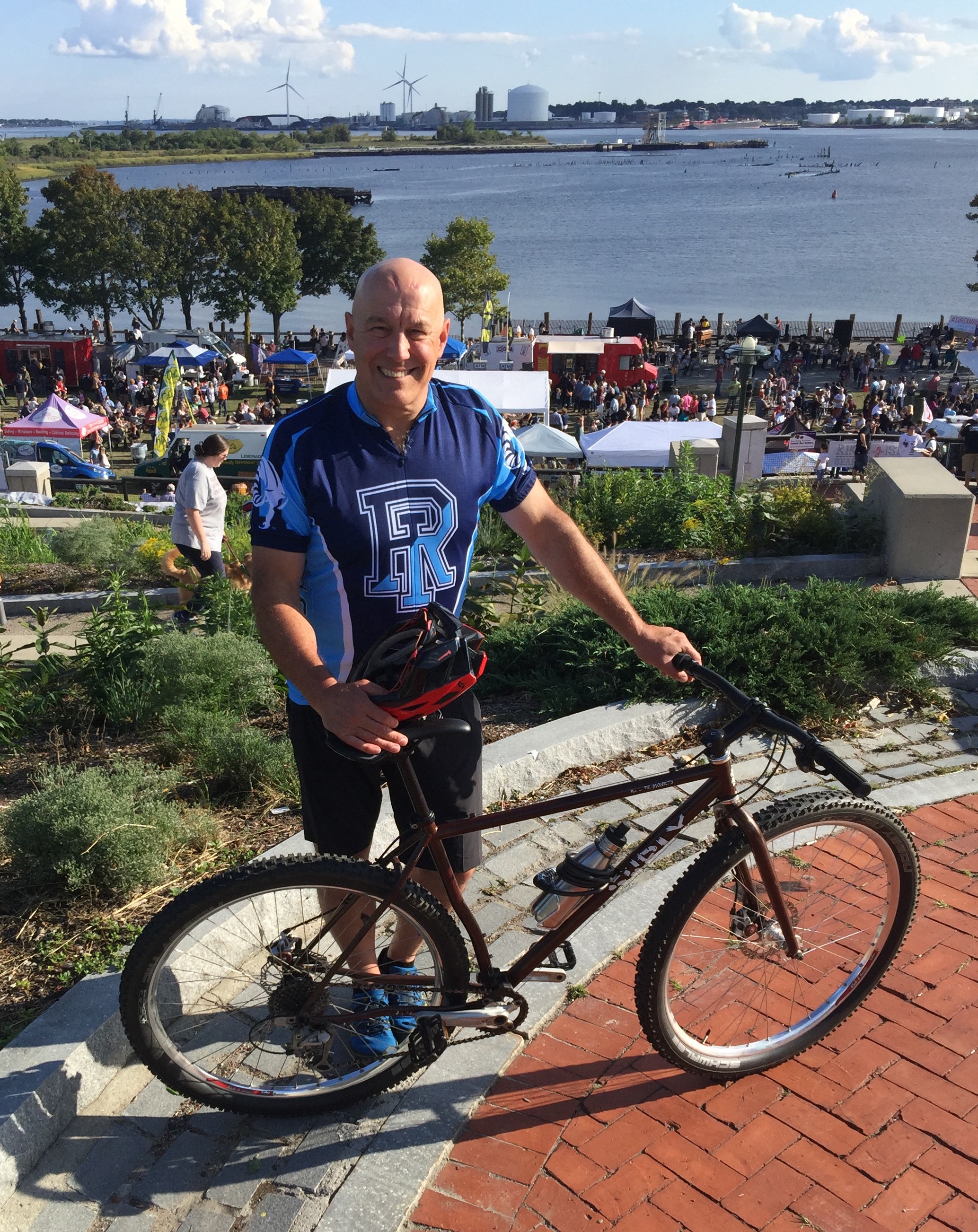