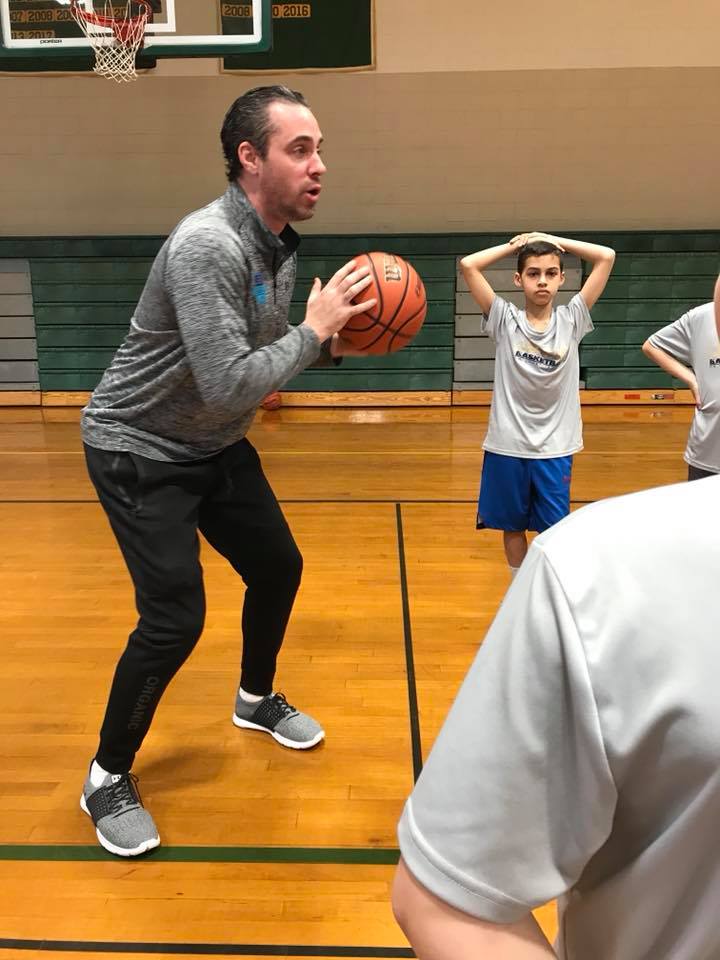 With a smile on his face, professional basketball trainer Rob McClanaghan demonstrates one of the last drills of the day at a two-day basketball training clinic for kids at Bishop Hendricken High School in Warwick. He sprints up and down the court, making passes to two of the attendees, before assisting one of the players to an easy layup.

As the first day of the clinic draws to a close, the physically tired middle and high school basketball players sit eagerly listening to McClanaghan talk about some of the elite players he’s trained.

One of his last pieces of advice before he lets the players go for the day is to not overdo it in the gym by training for six-plus hours, but rather to dedicate about an hour. He references his friend and client, Kevin Love, who steps into the gym and does his training program without taking breaks.

McClanaghan, who is currently known as one of the most elite skills trainers in the NBA, grew up in Rhode Island and graduated from Bishop Hendricken. During his senior year of high school, the basketball team completed an undefeated season with a state championship.

After Hendricken, McClanaghan attended Syracuse University where he walked-on to the basketball team. Post-graduation, he traveled to southern Florida where he coached for a year. He returned to Rhode Island and became a physical education teacher at his alma mater from 2002 to 2005. During the summers, he interned at IMG Academy, a sports performance academy in Florida, where the basketball program was just beginning. He learned from legends and began coming up with his own drills during his time there.

He brought back to Rhode Island what he had learned down in Florida and began working with kids looking to get better. “My first clients were kids. It started with twelve-year-olds and I worked my way up,” McClanaghan says.

Rhode Island is where it all started for the elite trainer. He developed his love and passion for basketball by watching the Boston Celtics dominate during the 1980s and ‘90s and by sitting courtside at Providence College Friars basketball games with his parents. He still holds season tickets.

For most of the year, McClanaghan resides in East Greenwich, but moves to Los Angeles for four or five months out of the year to train the professional players during the NBA offseason.

“I don’t want to be out [in L.A.] for twelve months,” McClanaghan says. “I’m from here, I have a house here and family is here. The only guys I have on the West Coast are really the [Golden State] Warriors…L.A. is pretty expensive to live there.”

Some of his favorite qualities about Rhode Island that have kept him from leaving are the changing of seasons, the beaches and its centrality between Boston and New York City. 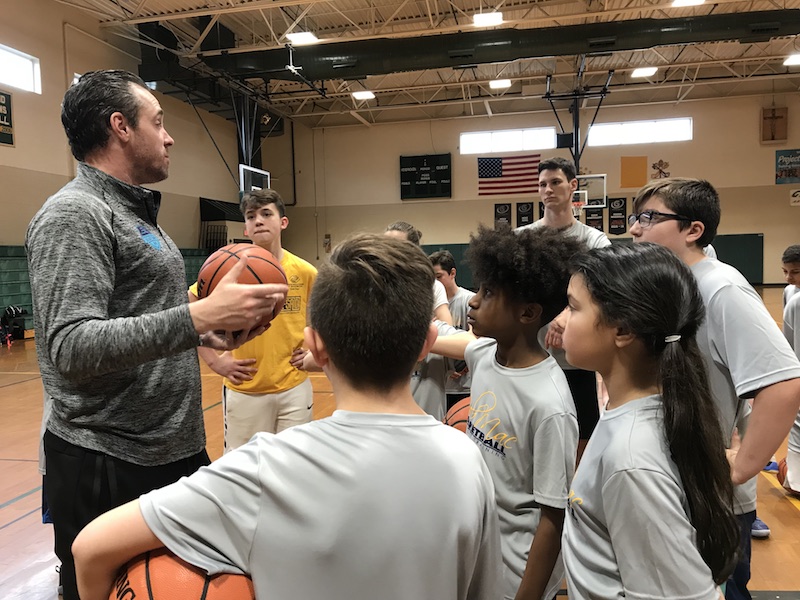 While McClanaghan is known for his work with the professionals, he runs clinics like the one at Bishop Hendricken to help young basketball players develop their skills and understand what it takes to be a high-level performer.

“The big thing I try to stress is these clinics are not a competition — they’re strictly player development,” McClanaghan says. “Even with my NBA guys, we don’t play too much… This is high-intensity skill development for the serious player.”

McClanaghan designs his clinics to replicate a training session with a professional player. He admits that doing some of these drills with kids who have different skill levels is tough, but his focus is to help the players improve.

“When I talk about the NBA guys, they perk up a little bit and listen more,” he says. “If I say, I did this with Kevin Durant, a kid all of sudden goes ‘Oh, oh, you did? Oh, we should do that.’ It’s kind of cool to see that reaction from them.”

The NBA just entered the postseason, so McClanaghan is preparing for his busiest time of the year. Soon McClanaghan will be working with players almost every day of the week for close to four months. He comes up with his own drills tailored to each player but it’s not as easy as it might sound.

“I gotta be creative because I gotta keep it interesting,” McClanaghan says.

He has no assistants and no secretary, so he schedules everything himself. “My traveling is kind of sporadic,” he says. “I kind of wing it every week.”

“I do everything on my own, but that’s the way I like it. I like to have control.”

Can Dan Hurley Coach the URI Rams all the Way to March Madness?