"Life According to Sam" Airs on HBO

The story of two local doctors and their fight to save their son's life aired on HBO last night. 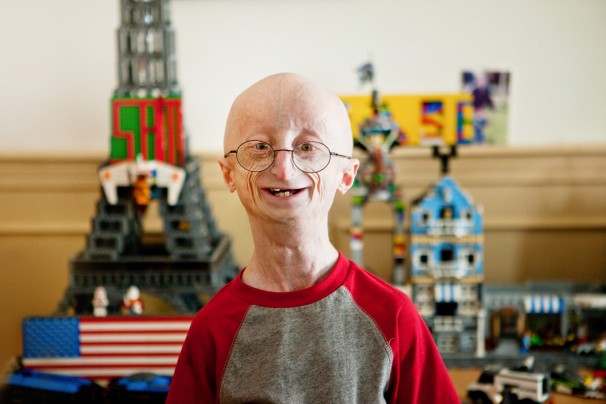 In our May 2013 Top Doctors issue, we ran a story called "A Mother's Momentum," which profiled Dr. Leslie Gordon, a mother, researcher, doctor, advocate and overall superhero based in Providence and Boston. Gordon's seventeen-year-old son, Sam, has a rare, fatal disease called progeria. There is no cure for this rapid aging disease; the young victims in its grasp, intellectually sound yet cruelly plagued by deteriorating bodies, are expected to live only until age thirteen.

Yesterday, the family's story hit the airwaves in the form of an HBO documentary called Life According to Sam, which details Sam's strength and positivity in the face of his disease. The airing of the documentary was covered by Yahoo! News, the Washington Post, Katie Couric and other major news outlets across the country.

But the film, like our piece here at Rhode Island Monthly, is also about Sam's resilient parents, Dr. Gordon and her husband, Dr. Scott Berns, who dropped everything and devoted themselves to understanding, and finding a cure for, an under-researched and relatively obscure disease. Their hard work has paid off in many, many ways — and Gordon, her team and countless other doctors, researchers and community members aren't slowing down anytime soon.

See Life According to Sam on HBO throughout the month of October and click here to read "A Mother's Momentum" in full.