Learn to Communicate with Confidence

How to get your message across without fear. 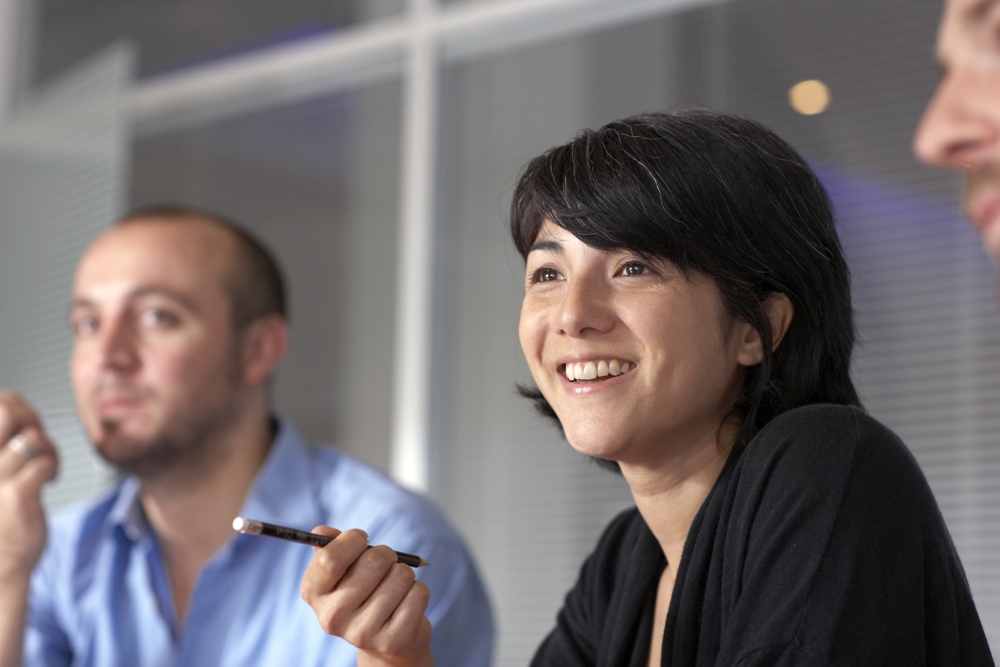 We’ve heard it a million times before: women apologize too much and they let people walk all over them. Our communication styles may be less than perfect, but we are much more assertive than our knee-jerk apologies show. Much of this stems from the idea of assigned gender roles, where many individual communication habits become associated with a specific gender. A demure and passive disposition is thought to be a feminine trait, while a self-assured, commanding voice is a masculine quality. We put ourselves in a stereotype-ridden box by proclaiming that we’re from Venus while men are from Mars, but here’s a secret: we’re from the same planet. Slapping fellow women on the wrist for saying “sorry” only superficially remedies the issue at hand. A better solution is self-reflection and critical evaluation of what our interactions convey.

Lynne Derbyshire, Ph.D., director of the honors program at the University of Rhode Island, has devoted much of her interest and research to the relationship between gender and communication. “What we think of as masculine and feminine communication styles are not inherently good or bad,” she says. It’s not about changing ourselves or diminishing femininity to earn respect from others, but rather improving communication in all aspects of our lives. Many claim that these efforts are to appease others, but this is not about gaining acceptance. If someone doesn’t take you seriously because you say “sorry” too much, that’s their own personal issue to evaluate. Rather, women should be encouraged to present themselves in ways that internally motivate them to surpass their potential. That being said, we’ve taken a look at five major communication habits where women might want to consider checking their behavior.

Know when to say “sorry.” Be aware of when you’re saying it. If you really did something ‘bad,’ go ahead and apologize. But did you respond to someone’s e-mail late because of how slammed you were with work? Then thank them for their patience and move on.

“I guess you’re right.” Many of us tend to agree with others for the sake of avoiding disagreement. It’s a sign of wanting to build relationships and trust, especially within the workplace, and there’s no shame in that. But if you find yourself doing it in hopes of becoming well-liked, you’ll become obsessed with your colleagues’ perceptions of you and lose your perception of yourself in the process.

Check your body language. Don’t be afraid to take up space. It’s hard to assert yourself with tightly crossed arms and legs while being slouched over. Sit tall: Look comfortable in your own skin. Make your voice heard. You’ll find yourself speaking like a boss if you sit like one.

“I don’t know.” The classic end to an unpopular opinion. How often have you expressed yourself, and while waiting for a reaction from the other person said, “Or, I don’t know…”? You do know — that’s why you said it! Don’t sabotage your valuable thoughts and input.

Go ahead and interrupt. Do you still find yourself raising your hand during a conversation with two or more people? We are so often afraid to interrupt the flow of a group and be perceived as rude. Say what you need to say; you’ll be much more respected for your bold interjection. However, Derbyshire reminds us to be aware of the context of each situation and “expand our repertoire” with a broader range of approaches. “Sometimes you want to build relationships, sometimes you want to get a job done, and sometimes you want to do both at once,” she says. So know your context, know your purpose and communicate accordingly.
Expert: Lynne Derbyshire, Ph.D., Department of Communication Studies and Honors Program at the University of Rhode Island.