In the basement below Sweet Berry Farm exists a scientific experiment of sorts. There’s a small, white-painted room, where sterilized wheat straw-filled plastic bags are shelved along the walls. Bulging yellow masses that look like giant buttered popcorn kernels creep out of pinholes in alien-like formations.

These are gold oyster mushroom clusters grown in a highly controlled environment, where the temperature remains a consistent sixty-three degrees and the humidity is set between 90 and 95 percent. Moisture beads up on human skin and glasses fog up inside the room as oxygen is pumped in. There’s an exhaust and fresh-air intake system in place to prevent a build-up of carbon dioxide, which mushrooms give off as they grow. Having too much in the room can destroy fungi growth.

Bob DiPietro has been growing mushrooms at Jan and Michelle Eckhart’s Sweet Berry Farm for a year-and-a-half, and Mike Hallock, a musician-turned-farmer, recently joined him to increase production. Together they make up RI Mushroom Company, supplying specialty varieties to local high-end restaurants and retail consumers. “We found that, yes, we could grow them, and yes, we could sell them, so then it was just a question of ramping it up,” DiPietro says. He learned the craft from his previous partner, who has since left the business, and Hallock stepped in after working for Farming Turtles. They are scaling up as demand increases. “We’re trying to figure out how to grow enough for the local market,” Hallock says. “We want to have enough mushrooms for everybody without having too much waste.”

These types of mushrooms are hard to get locally because they don’t travel well, says Hallock. The partners grow them, so they don’t need to be transported very far, and the quality will stay consistent. “All of our stuff is hand-selected. You saw how pretty they are,” DiPietro says. “We make sure that when we pick them and deliver them that they look as pristine as when they were growing in the room.” 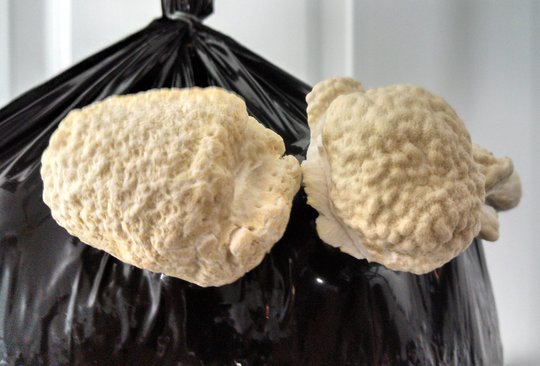 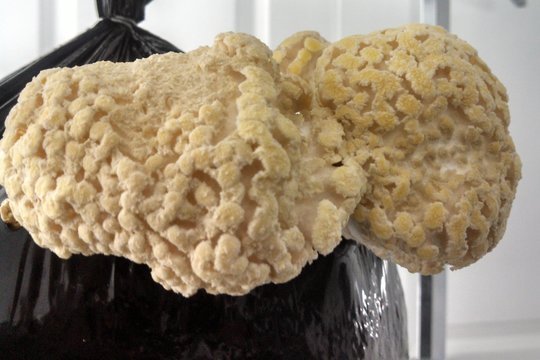 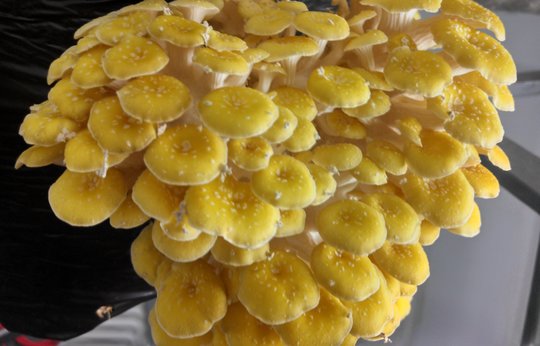 Every month, we send out a local food e-newsletter called the Dish, featuring restaurant news and extra stories that aren't in the magazine. Sign up to get the newsletter free to your inbox every month.