The Story Behind Wicked Tulips in Johnston 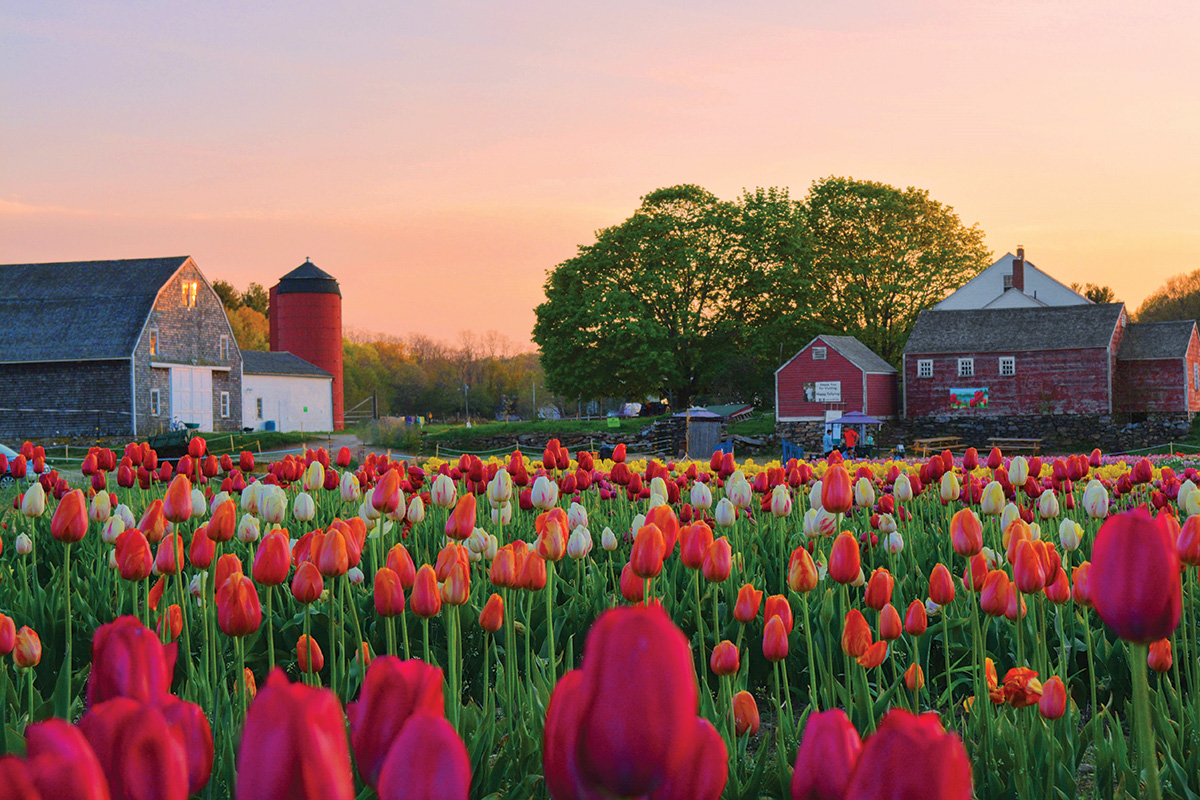 Rows of vibrant purples, yellows as bright as the sun and reds as deep as a summer sunset contrast against a blue spring sky. For a moment in time, we imagine: This is what heaven on Earth must look like. Young children in floral dresses and muck boots with woven baskets in hand meander a field of more than 600,000 blooms. Moms take photos while wrangling in their toddlers from snapping the delicate flora in half.

Couples tiptoe among the tulips, their arms full of bunches large enough to create several beautiful bouquets for family and friends or their own kitchen table. Volunteers in matching T-shirts give directions to families and individual pickers alike, each person smiling at the joy before them. And sometimes, you’ll even bump into husband and wife duo and owners of the tulip field, Keriann and Jeroen Koeman, chatting with visitors and checking in on the knee-high rows.

Jeroen, a third-generation Dutch farmer from a small town in Holland, left his family’s tulip farming business in 2006 to come to the United States. He began working as a head grower for a variety of tulip farms in Washington and Virginia. While there, Jeroen met Keriann and their love, plus an idea for a business venture together, blossomed. And try as he might to leave, Jeroen found himself back among the flowers — this time, half a world away.

Their business sprouted from Keriann’s green lifestyle and Jeroen’s entrepreneurial spirit as an organic bulb company called EcoTulips. According to Keriann, her husband was a bit overzealous with ordering the organic bulbs from Holland and many of them did not sell. Although Keriann panicked, Jeroen went back to his roots and decided they would create a u-pick tulip field. Because Dutch tulip businesses are oversaturated, he saw the opportunity to successfully grow his own here in the United States.

“It turned out to be a great success and people loved it,” says Keriann. “We had a few thousand visitors that first year at our tulip field in Virginia and at that point it just became an addition to our bulb business.”

After six years in the middle of the Eastern seaboard, the Koemans decided to move to New England not only to be closer to Keriann’s Massachusetts-based family, but because Rhode Island’s climate also happens to be perfect for growing tulips. 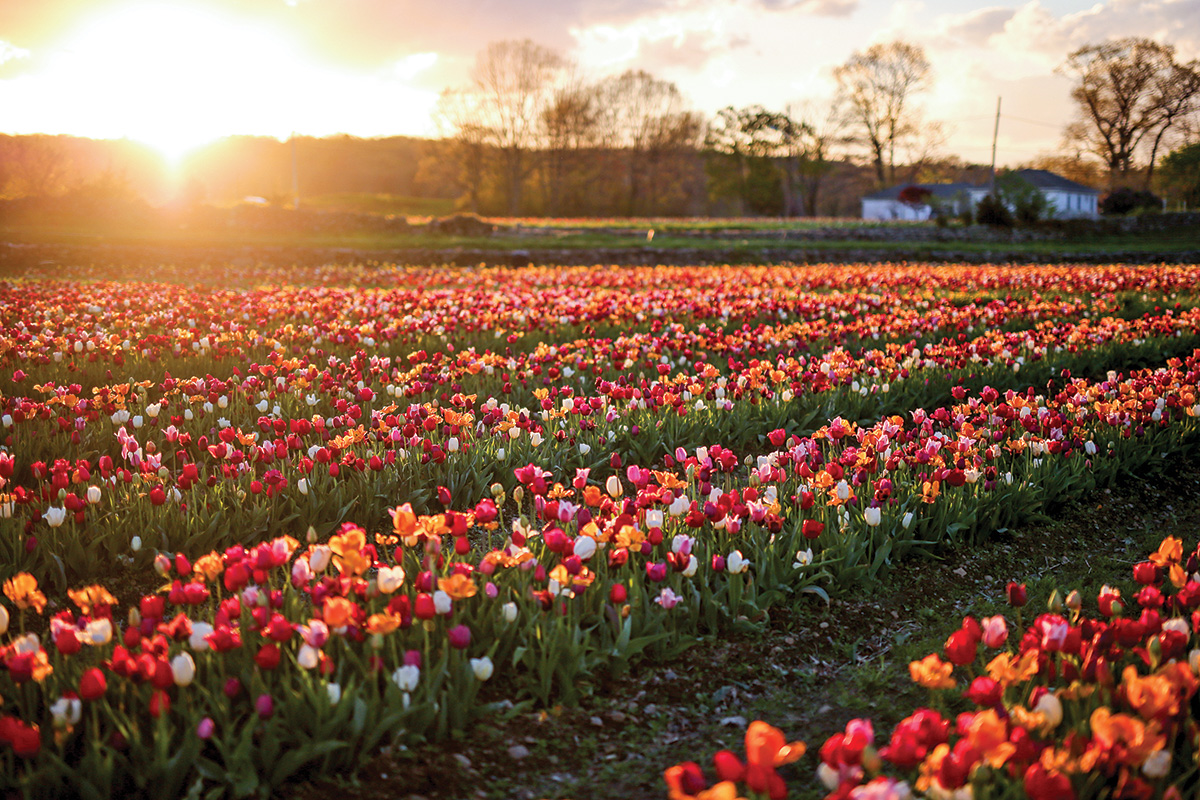 When the Koemans opened Wicked Tulips Flower Farm (once EcoTulips) in Rhode Island four years ago, they knew they had found the right spot for their flowers. “The state has a great program where they lease back land to new farmers, which enabled us to lease this space at Snake Den State Park and Farm,” says Keriann. “It makes it affordable and it is a truly beautiful location. Plus, it is centrally located between Providence and Boston.”

Each spring, thousands of visitors flock to one of Rhody’s most beautiful gems — an event that lasts only a few short weeks depending on Mother Nature but is a year-long commitment for the Koemans. Every October, the Koemans and their team use a tractor and a planting machine to get the u-pick bulbs in the ground before the soil is frozen. The process takes three to four weeks, contingent on the weather and soil conditions. This main field is mixed with more than 100 varieties of tulips including Flaming Parrot, Princess Irene and more. Each kind of tulip shows at different times, allowing for a fuller field and longer blooming period.

Besides the u-pick area, Wicked Tulips Flower Farm also features a jaw-dropping show garden. Each perfectly lined row is color blocked and is off limits to picking but is simply for ogling and strolling among nature’s beauty.

Although about half of the tulips in the fields are damaged, discarded or dying by the end of the short-lived season, the Koemans work with what they have and continue to bring smiles to people’s faces even off the farm; many tulips are donated to area nursing homes and other facilities.

Their motto is: Do one thing and do it well. Sharing their love for nature and providing people the opportunity to wander among their little slice of happiness? They’re the cream of the crop.

Wicked Tulips Flower Farm is open every day in season from 10 a.m. to 7 p.m. Tickets are required, can only be bought online and cost $15 per person during the week and $17 per person on the weekend; each ticket includes ten u-pick stems. Additional tulips can be purchased for $1. wickedtulips.com