The new West Warwick butcher shop, from the owners of Matos Bakery, sells handmade Portuguese chourico and sausage and imported and local goods.

JC’s Portuguese American Market on Brookside Avenue in West Warwick has new owners. The recently opened JC’s Butcher Shop features house-cured charcuterie, chourico and blood sausages, Portuguese cheese, Portuguese imports and locally made products. The Matos family, who also own Matos Bakery, bought the storefront after the previous owner ran it for thirty-two years. She’s shared the recipes that made the butcher shop so beloved in the first place with the new owners. 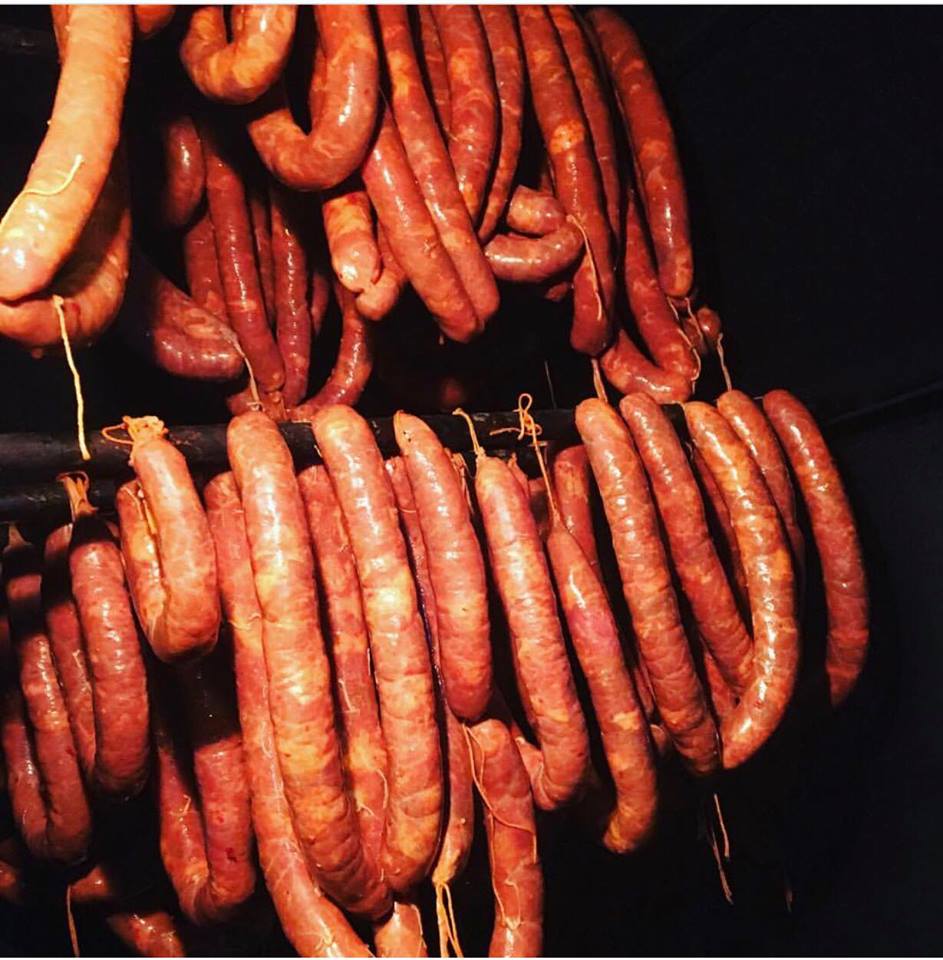 Chourico hanging in the smoker. Photo by Elsa Alves.

Twenty-eight-year-old chef and baker Kevin Matos is one of the faces behind the business. “We kept the old owner’s initials on it,” says Matos, who was already making charcuterie before he learned the shop was for sale. “We just came in hoping to buy some things and she gave us a great price,” he says. 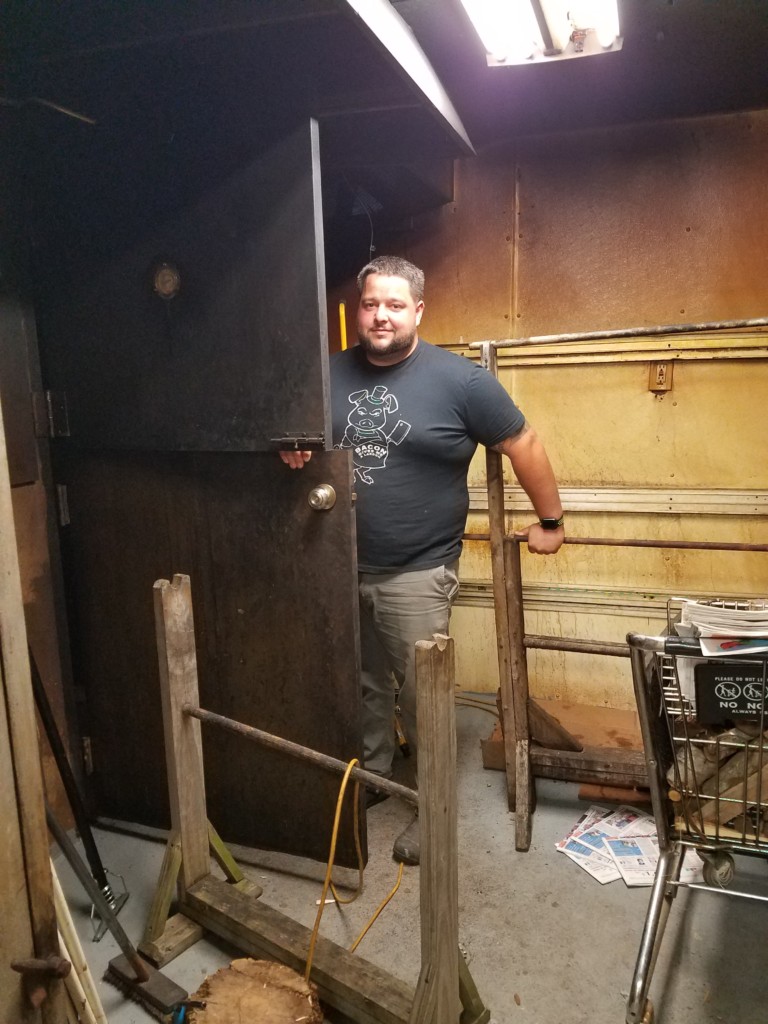 Matos — who has a background in cooking at Nicks on Broadway and L’Espalier in Boston — also runs Bake Me Away, a high-end baking business with his girlfriend, Nicolette Amaral, crafting scratch-made products like occasion cakes and treats. They’ll be selling ice cream doughnut sandwiches and other treats starting the first Sunday in August at Hope and Main’s Schoolyard Market. They make the doughnuts, and ice cream comes from the Ice Cream Barn in Swansea, Massachusetts, where cows are milked on site and the dairy is sent to be pasteurized in Johnston and delivered back to the farm.

JC’s Butcher Shop is Matos’s passion project. A tattoo on his forearm frames a baguette crossed with a butcher’s knife. He grew up in his family’s bakeries, taking naps on bags of flour as a kid, and he later  learned how to make charcuterie as a student at Johnson and Wales University. Matos expanded on the craft after a short stint working at Nicks on Broadway with chef Derek Wagner. “Chef Derek butchers everything on site; fish, poultry, meat,” says Matos. “Everything is used. We use every part of the cow or pig that comes in; nothing gets thrown out.” 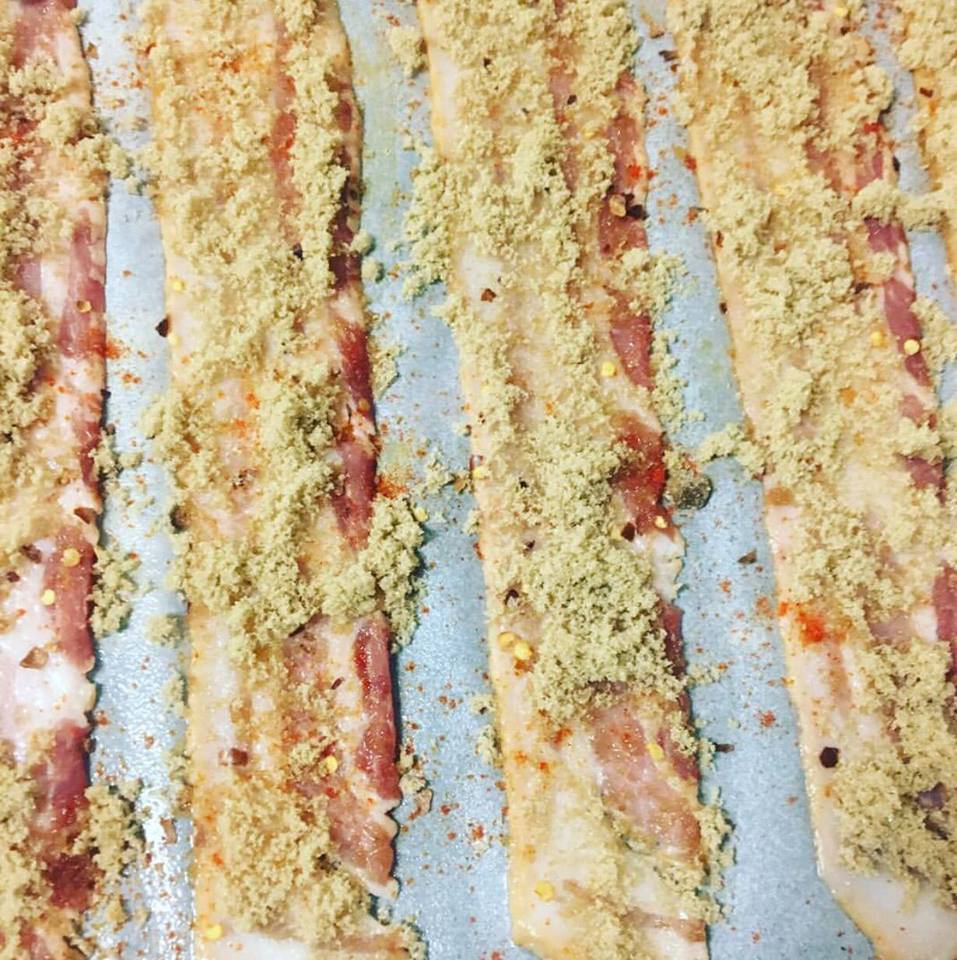 Matos purchases some of the meat he uses from Blackbird beef and pork farm in Smithfield. He smokes whole pigs for catered Portuguese- and Cuban-style pig roasts, which he will continue doing through the shop. “Cooking with fire is my passion,” he says. “When you use wood, you add smoke; that’s the flavor.” Matos currently has hams curing for nine months for prosciutto, which will then have to be sent out for testing. Right now he’s only able to purchase limited quantities of Blackbird Farm meat for charcuterie, but he hopes to purchase more in the future to keep things as local as possible at the shop.

There’s a smoking room at the back of JC’s Butcher Shop, and outside the building  – not far from grape vines for wine and a garden growing fava beans – a giant pile of wood awaits to stoke the fire. 65 Brookside Ave., West Warwick, 401-828-2270, facebook.com