Night Shift Brewing of Everett, Massachusetts, and Wash Ashore Beer Company of Martha’s Vineyard, are now being brewed at the craft beer cooperative in Pawtucket. 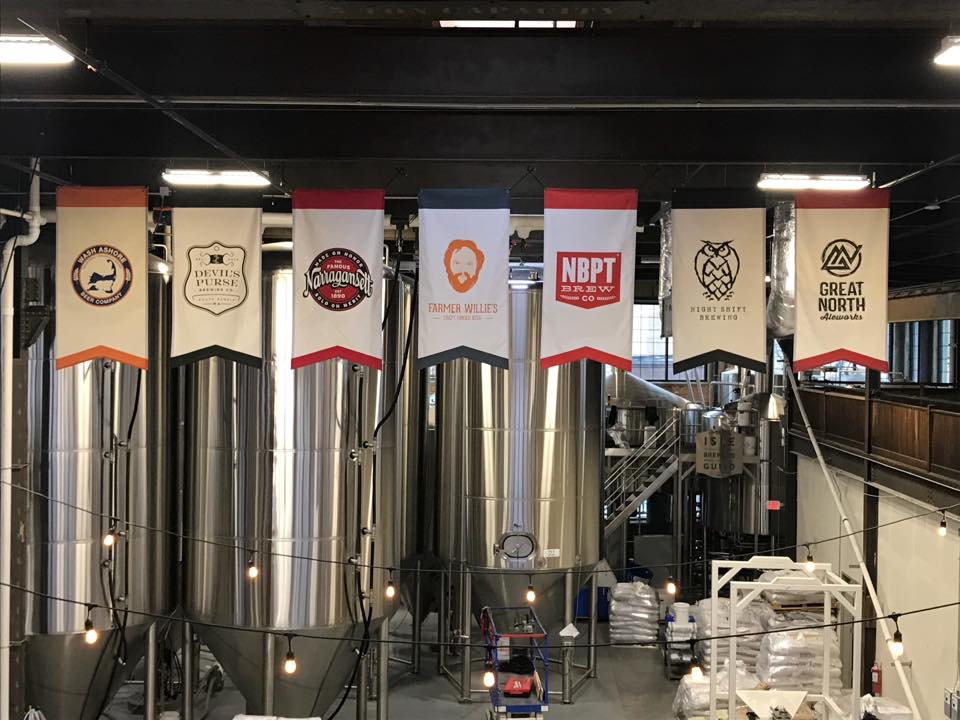 Now there are seven banners flying in the brewhouse, representing the booming beer production happening at the facility. Sons of Liberty Beer and Spirits Co. also contract brews some of its beers at the Guild, bringing its total partnerships up to eight.

Night Shift and Wash Ashore breweries sought out the Guild in order to increase their production and expand their offerings to reach more beer drinkers in the Northeast area. Enter the Guild’s 100-barrel brewhouse and 131,000-square-foot campus to fulfill that need.

Night Shift products produced at the Pawtucket facility will be available in Night Shift’s current markets, which include Massachusetts, Maine and New York – and, for the first time, in Rhode Island, exclusively at the IBG taproom in cans and on draft.

The company calls the partnership a “sustainable way to test growth” while they evaluate future opportunities to expand capacity. “IBG is already producing great beers with their other brewing partners, so it was an easy decision to partner with them,” says Night Shift’s head brewer Joe Mashburn. “They share our passion for quality and consistency, and are committed to helping us produce Night Shift beers at their top-notch facility.”

Wash Ashore Beer Company brings the first organic beers to grace the Guild’s brewhouse and taproom. These organic beers have been commended for bottling the island life style and serving it up to landlubbers. The Guild will brew and package three of Wash Ashore’s craft beer selections: Maya Mae IPA, Love Ale and Buddha Pale Ale. With the help of IBG, Wash Ashore can now provide organic brews on a greater scale than ever before.

The Guild’s Tap Room is open to the public every Thursday through Sunday.