The actor is selling his Boone Lake property with Berkshire Hathaway Gammons Realty in East Greenwich. 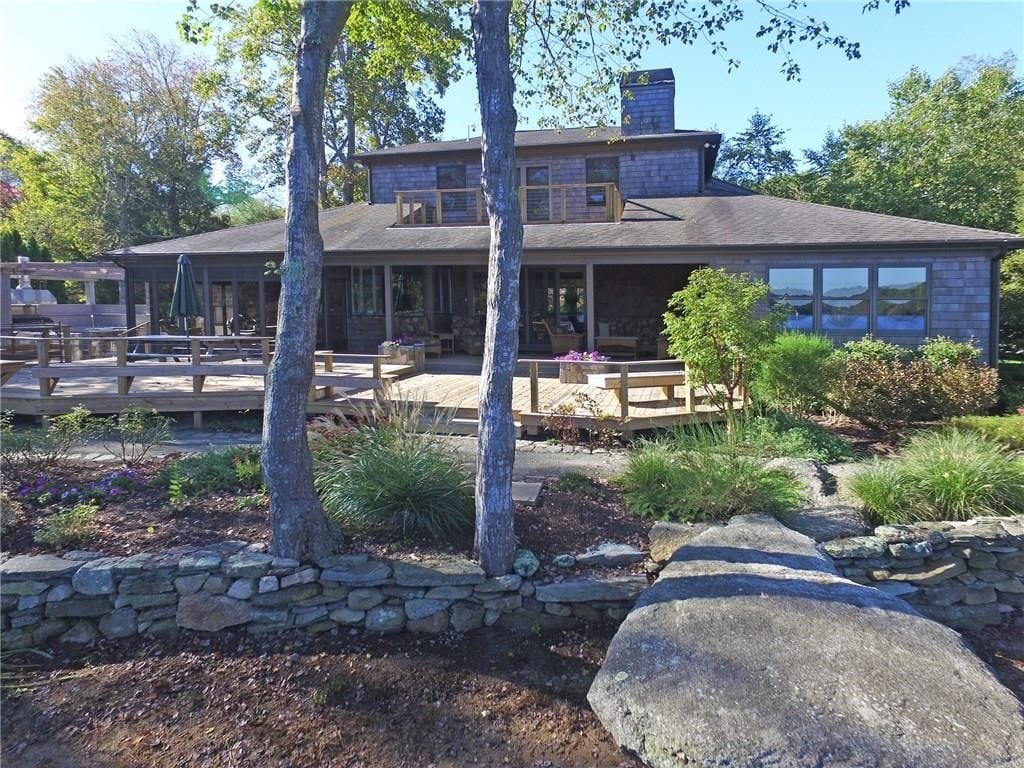 No matter how you feel about James Woods, there’s a whole lot to love about his Exeter family compound, now on the market for $1.39 million.

The seventy-year-old Hollywood actor, a Rhode Island native who owns four homes in the state, is better known, these days, for his social media antics than his film work. (Contrary to an erroneous real estate release and subsequent news reports, Woods is not retiring from acting, his real estate agent, Allen Gammons, told me over the phone this morning.)

Woods’s Exeter compound, sited at the edge of Boone Lake, has been in his family for decades. The original cottage was built in the 1950s; it now serves as a guesthouse. The newer, shingle-style waterfront home was built in 2001. Both have been renovated over the last two years, and the landscaping and outdoor patio has also been reworked.

According to the listing, “Features of this property include multiple dock areas, sandy beaches, a cobblestone boat ramp, two fire pits (one in the water and one on land), and a chef’s dream outside kitchen and entertaining area that rivals any to be seen.”

RELATED ARTICLES
Guess Who: RI Celebrity Yearbook Photos
5 Character-Filled Condos for Sale in RI
This Old Church-Turned-Home is for Sale