Old is new, and it's never looked as good as in the fall. 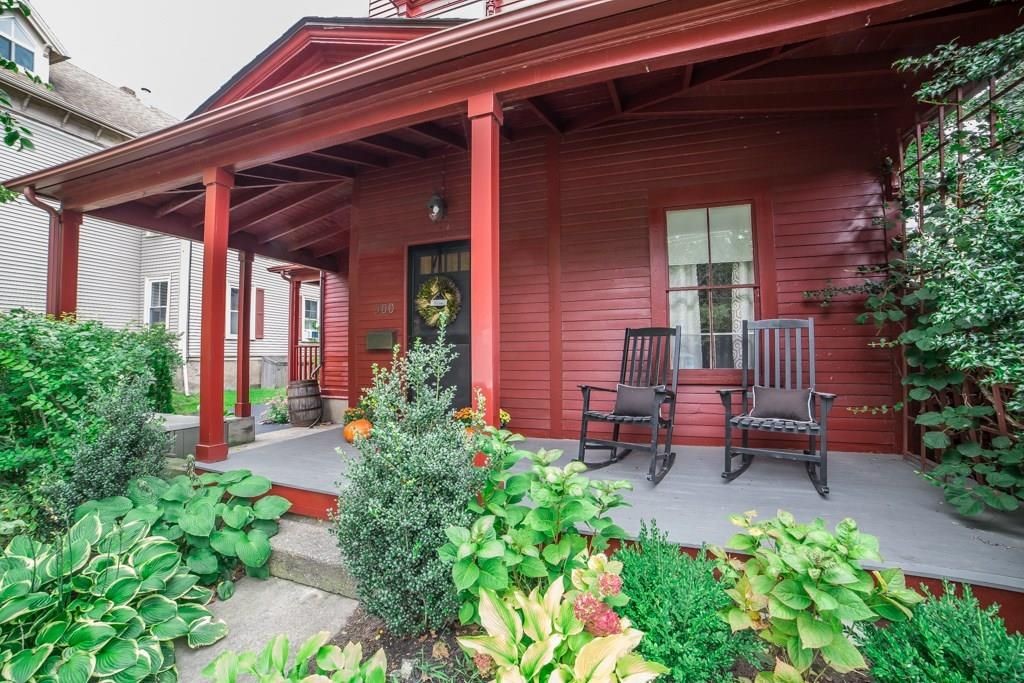 From the mums and pumpkins on the porch to the Dutch door for trick-or-treaters, this perfectly preserved Colonial on Broadway kills it in the fall curb appeal department. Soon, the foliage out front will blaze orange, further complementing the historic red clapboard paint job — looks fresh! — on the facade. A hint of mystery in the form of a tower completes the package. The interior, too, is fit for chilly nights: fireplace, gas stove, open kitchen for fall baking, claw foot bathtub to soak for a spell.

Autumn lovers will rejoice in the charm of Fern Cottage, a Colonial on Broadway in Newport that was built in the 1700s. It hit the market in May, with an asking price of $599,000, but has dropped in price over the course of the summer, settling at $495,000 late last month with Keller Williams Realty. (Needless to say, the sellers seem motivated.) The home is mere steps from some of Newport’s best restaurants, shops and nightlife.

Zoned as a two-family but converted back into a single-family home, Fern Cottage gets its namesake from a summer tenant, Fanny Fern, America’s first female columnist — and, in time, its highest paid columnist, too, making $100 week for her work in the New York Ledger. Fern wrote her “witty and irreverent” column for nearly two decades, as well as the novel Ruth Hall and several children’s books. (She’s also credited with coining the phrase: “The way to a man’s heart is through his stomach.”)

Go ahead, dream a little autumn dream — perhaps one with some literary ambition, too. Here’s your House Lust:

RELATED ARTICLES
The Story Behind Bristol’s House of Scandal
House Lust: A Tavern-Turned-Family Compound in West Greenwich
Hunting for Antiques in the Berkshire Mountains