As Marathon Monday approaches, we share the story of the Newport native and how she is helping other amputees get the prosthetics they need.

Five-year-old Jude Hill kicks a soccer ball back and forth as he runs across a field. The ball soars past the goalie’s head, scoring the winning goal for his team and the crowd goes wild. Jude sprints over to his beaming parents who are cheering him on from the sidelines.

If not for his running blades (a.k.a. running-capable prosthetics), you’d never know that the energetic boy had lost both his feet in a lawnmower accident. And he wouldn’t be accomplishing his dream if it weren’t for the aid he received from Newport resident Heather Abbott and her foundation. 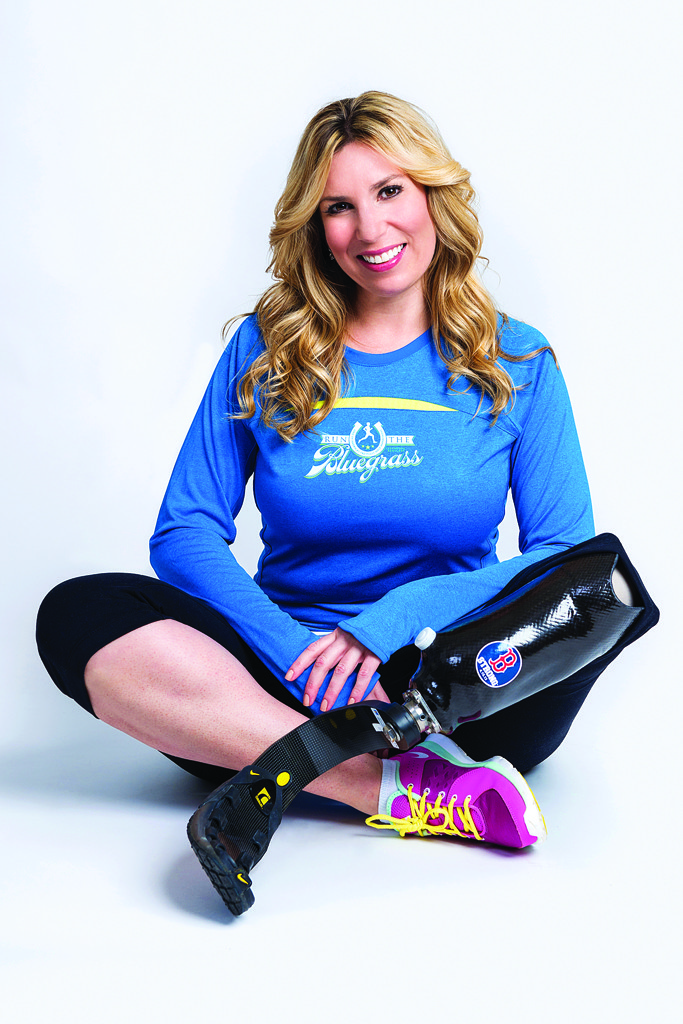 Abbott knows what it’s like to lose a limb; she was a spectator the brisk morning in 2013 when the bombs went off at the Boston Marathon. Abbott lost the lower part of her left leg and became one of many whose lives were forever changed. But that didn’t keep her down for long.

Since the incident played out in the public sphere, Abbott feels that she got “lucky,” in a twisted sense of the word. “It allowed charitable organizations and people around the nation to know my name and my story,” she says. Fundraising on her behalf by One Fund Boston, talking to other amputees and receiving personalized attention from good-hearted strangers all over the country made it a bit easier for her to pick up the pieces and carry on. Just six months after the incident, Abbott was back to paddle boarding, wearing high heels and running thanks to the six new prosthetic legs she attained. She emerged from the tragedy not as a victim, but as a survivor.

Other amputees she’s met since then, however, haven’t found the recovery process as smooth or straightforward.

Savannah, a high school student, was in need of an artificial leg when she saw Abbott appear on CNN wearing a high heeled prosthetic. She reached out to Abbott to learn more about how she could get one. “When I told Savannah that it cost tens of thousands of dollars, she said she could either ask her parents for the prosthetic as an early graduation present, or use the money to go to college,” says Abbott. “I remember thinking how sad that was.” Depending on the kind of prosthetic, prices start at $30,000 and can hit as high as $70,000. “Cosmetic devices,” like the ones Abbott owns, are not covered by insurance.

The conversation with Savannah inspired Abbott to launch the Heather Abbott Foundation; it was an opportunity to help people with limb loss, like Jude and Savannah, and give them the chance to thrive. Since its inception in 2014, the nonprofit has helped thirteen amputees from around the country get the prosthetic devices they both need and want.

For Abbott, helping other amputees has been an important part of her own healing journey. “Being able to start the foundation has been an outlet for me to make sense out of something senseless,” Abbott says. “It’s been a great way to give back to the community that was so helpful to me when I was hurt.”

To learn more about Abbott’s worthy cause, visit heatherabbottfoundation.org.