The show hits the PPAC stage next summer. 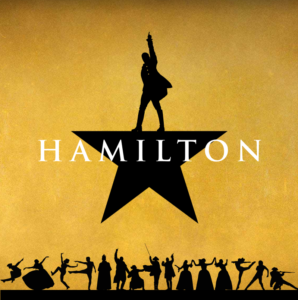 This morning, Providence Performing Arts Center announced that the second U.S. tour for Hamilton — the record-setting Broadway hit about Alexander Hamilton and his fellow founding fathers — will stop off in Providence for a two-and-a-half-week run in the summer of 2019.

From July 23 to August 11, Rhode Islanders can catch Lin-Manuel Miranda’s masterpiece in person. Single tickets are not yet available; PPAC subscribers get first dibs.

Some background on the show: It opened Off-Broadway in February of 2015 and, after selling out, was moved to Broadway that summer. The show garnered sixteen Tony nominations (a record) and won eleven, including Best Musical. Miranda also earned the Pulitzer Prize for Drama for the book and a Grammy for the music.

The show closes the 2018/2019 Broadway Series at PPAC. Here’s the full schedule:

To learn more about the series, visit ppacri.org.