With a Great Island address and views of the water from nearly every angle, this perfectly compact rebuild proves that size isn’t everything.

Bigger and better are not synonymous. One benefit of living in a small state with 400-plus miles of coastline is that you don’t have to travel very far to get away. For Rhode Islanders, a latitude change smaller than one degree can bring about the greatest of attitude adjustments, particularly when South County is in the mix. Why go far when you can simply go down Route 4?

That’s what this property was to be for its owner: a summer and weekend (as time allowed) coastal retreat — an escape — from his primary residence in northern Rhode Island. 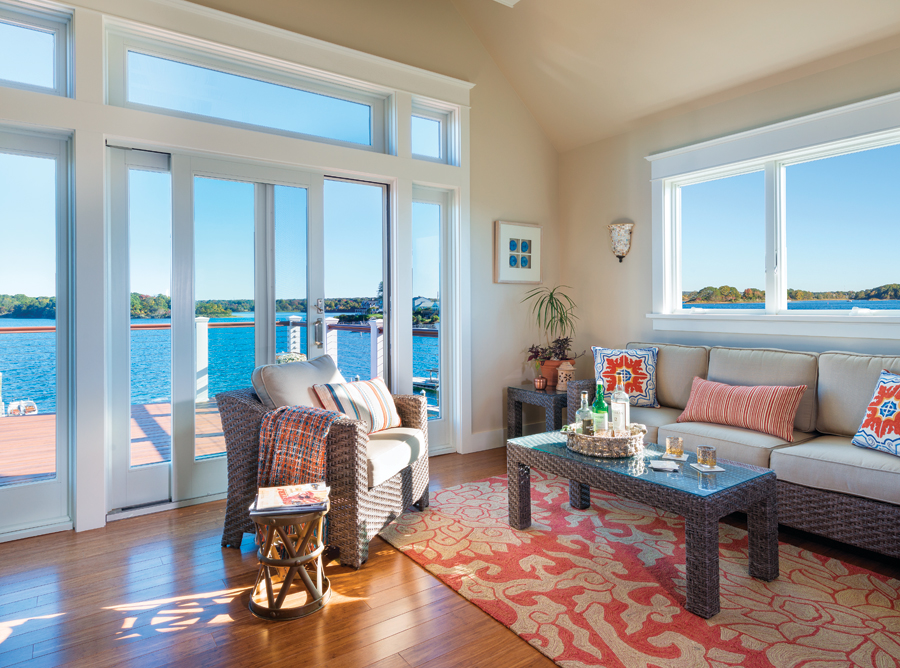 A sliding door opens an upstairs sitting room to a second-floor deck. All the decks are constructed of Zuri, a premium composite material available through Coventry
Lumber that beautifully mimics the appearance of genuine exotic wood. Due to the building constraints imposed on the lot, the 1,800 square-foot house has an extremely compact, efficient design. This deck sits above the dining room . Special rubber roofing, copper flashings and a carefully engineered drainage system under the deck protect the roof and ceiling below from water damage.

However, shortly after purchasing the property it became clear that the existing house didn’t do the location justice.

It was a standard Narragansett summer cottage: built in 1947 and not quite 700 square feet. “The bedrooms were the size of closets,” says the owner. “It was not exactly a comfortable place to sleep.” While bigger isn’t necessarily better, occasionally cozy is more accurately defined as claustrophobic.

The problem was — is, rather, as with just about any lot on the water — local and federal regulations make building on the coast tricky business. In addition to being located in a flood plain, the lot itself is fairly narrow and town regulations restrict the height of residential buildings in the area. In order for the house to remain the calming getaway he wanted, the owner engaged Caldwell and Johnson of North Kingstown to manage the rebuilding process.

“What impressed me about Dave Caldwell was his overall knowledge of what it was going to take to build, between the regulations and the permits, and with how organized he was,” says the owner. “There were also no surprises. He told me what things were going to cost, and that’s what they cost. He was able to lay things out within the budget we had set forth.”

Caldwell, the second generation owner of the full-service design/build firm, says the streamlined experience is made possible through the vendor partnerships Caldwell and Johnson has established during its forty-seven years in business. Relationships with exclusive suppliers, such as Coventry Lumber, and architectural designer Lorine Foley make for a smooth project from beginning to end.

“It’s a team effort. The experience for our clients is start to finish, from the design and the engineering to the construction and finishes,” says Caldwell. “Caldwell and Johnson’s job is to lead the team to get the owner what they want.” 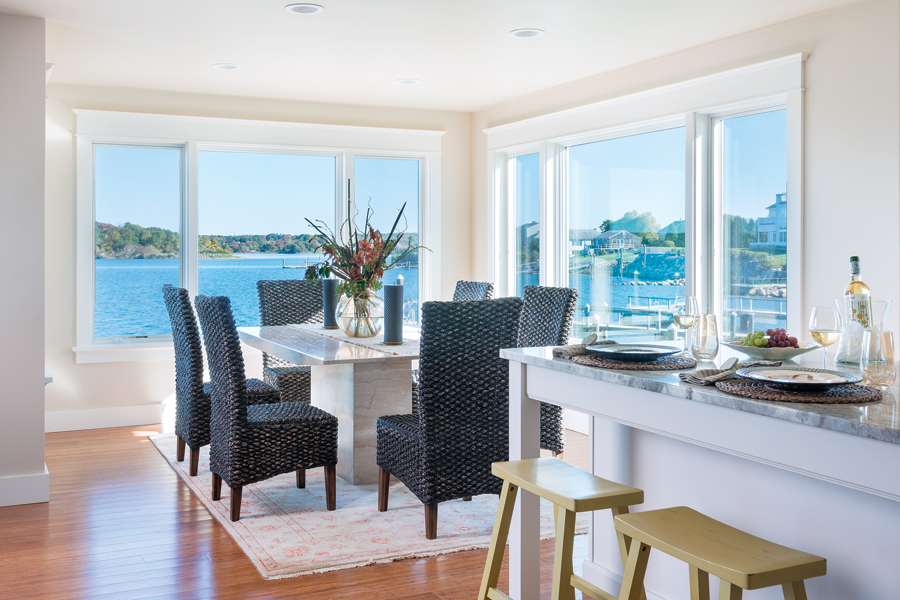 What this owner wanted was straightforward: Views. Lots and lots of them. “I wanted a lot of windows because the view is absolutely fabulous there in whatever direction you look,” he says. Other priorities included a low-maintenance exterior that wouldn’t weather over time and a convenient, highly functional layout with first-floor livability.

“There were a lot of regulations that had to be overcome to optimize the location of the house on the lot,” says Caldwell. Coastal regulations restricted how close to the water the home could be set, but if moved too far back, the neighboring houses would impede the views the owner was resolved to maximize.

About a year after the project began, and with some deft navigation of the various building regulations at play, the house was complete and met all of the owner’s priorities.
“Practically every window you look out of, you see water,” he says.

In addition to a larger home with three spacious bedrooms, Caldwell and Johnson also gave him an energy efficient, environmentally responsible home — something that the company strives to achieve with all its projects. 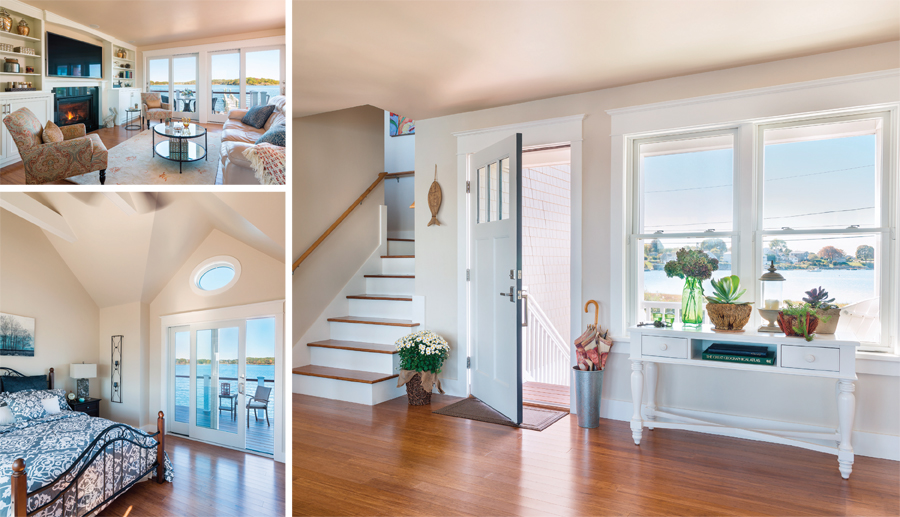 Water, water everywhere. A-Series Andersen impact glass windows provide the best protection possible in the event of a hurricane. The front door opens to a comfortable living area. The front windows offer their own water views, but the picture through the back is the real stunner. A sliding door provides a second-floor bedroom access to the deck, and an ovular window above the slider takes full advantage of the vaulted ceiling.

The home is Energy Star certified and has been rated National Green Building Standard Silver.

As for maintenance, the exterior is constructed using high-quality composite materials that are passable as natural even up close. Zuri decking, vinyl shingle siding, PVC railings, lattice and Durango stone veneer mean that, even in the salt air and elements, the house will continue to look as good as its surroundings for some time.

Equally pleased with the finished product as the owner, Caldwell says, “It’s a jewel box of a house.”

Fefa’s Market in Providence Is in Need of Urgent Protection