Give it a Hurl

Two players fight for the sliotar.

On a scraggly field behind Pleasant View School in Mount Pleasant, men donning green shirts, pinnies and lacrosse-like helmets run. They run like a child does during one of those school field day games, the ones where their bandy limbs sprawl into the air as they attempt to hold an egg steady on a quivering spoon. But instead of a spoon, the men run with flat paddled sticks that are tapered and narrow at the handle and wide and flared at the end. A small white ball balances on the end in lieu of an egg, somehow completely still as it hurls forward.
The only sounds on the field are the huff of heavy breathing and a few profanities that are puffed breathlessly through helmets.
The quiet is disrupted when the man carrying the ball lets it fall, then quickly swings his arm back and smashes the ball forwards. It flies through the air towards its destination between goalposts, barely visible in the bright sun, until its run is ended by another paddle that smashes it back into the fray.

This is no delicate little egg run. This is hurling.

Hurling is a sport spawned of blood and bone, of clan and county, of heritage and lore. It is a sport that is more than 3000 years old, steeped in legend and with its origins firmly rooted in the green grass of Ireland. 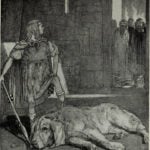 Cuchulain and the slayed hound

Legend has it that Irish hero Cuchulain earned his name as “the hound of Ulster” when he killed a ferocious dog by shoving a hurling ball, known as a sliotar (pronounced, rather appropriately, ‘slitter’) down its throat.

Through time, hurling became a sort of battle between towns, where the ‘field’ was the literal space between them and the game had the high strung pitch of a war game.
The Gaelic Athletic Association, who manages and regulates hurling, says, “stories often portray hurling as a form of martial training and proficiency on the hurling field was equated with skill in battle. Throughout the countryside, hurling thrived as a wild and often violent practice with few set rules.”

“The Celtic legal system, the Brehon Laws, provided for compensation for hurling accidents and provisions were also made for cases of deliberate injury, or even death, as a result of hurling.”

“This is no delicate little egg run.This is hurling.”

While today hurling is less of a death match than in days past, it still can equate to broken fingers and bruised eye sockets. But nonetheless, it is ever popular in Ireland and growing in popularity in the United States as well.
Here in Rhode Island, the Providence Hurling Club brings the sport to local soil.

A helmet, hurley and sliotar.

Mike Kennelly helped to start the team. A tall, lanky guy, Kennelly trots off the field with his hurling stick (called a hurley) in hand and proceeds to blot out the sun with his figure.
“I would shake your hand, but…” he says breathlessly, gesturing to the blood drizzling from his fingers.

Blood and bone, clan and county.

“Just from a twig though” he says as he sits, as if trying to make the whizzing, trampling sport where men run with sticks and hurl a ball at explosive speeds as they shoulder-check each other seem a little less intense.
Kennelly started the team in 2015, after moving from Hoboken New Jersey where he played, to Rhode Island.

“My parents are from Ireland so we’d go home and all my older cousins were playing. But here, I found out about it because my brother lives in Seattle and there’s a team out there,” he explains.
“I was living in Hoboken NJ and a team started there in 2010. I played there for four years, then I moved here and there wasn’t a team here. There was a team in Worcester, in Hartford, in Portland, but there was no team here, so I played in Worcester for a couple practices but it was kind of far away.”
Then one day as he walked his dog through his neighborhood, he saw something that made him rub his eyes in disbelief.

“I was walking my dog with my wife and I saw this kid on my street with a hurley, and I was like wow, three houses down, what?” he says laughing. “So I told him, hey, if you ever want to start a team, let me know. So a couple weeks later he was like yeah, let’s start a team.”

“Blood and bone, clan and county.”

It was difficult garnering interest, since not many have heard of the sport and since its rulebook is much more complicated than it was in the sports unruly past.

“It is a little tough to learn. The grip is the opposite of a baseball swing, a lot of Americans put their hands here and here,” Kennelly says, holding his hurley like a baseball bat. “That’s how they hit. But it’s the opposite in hurling.”

In addition to this odd grip, you’re hitting from both sides with your hurley, kind of like in tennis, and you can catch the ball in your dominant hand. 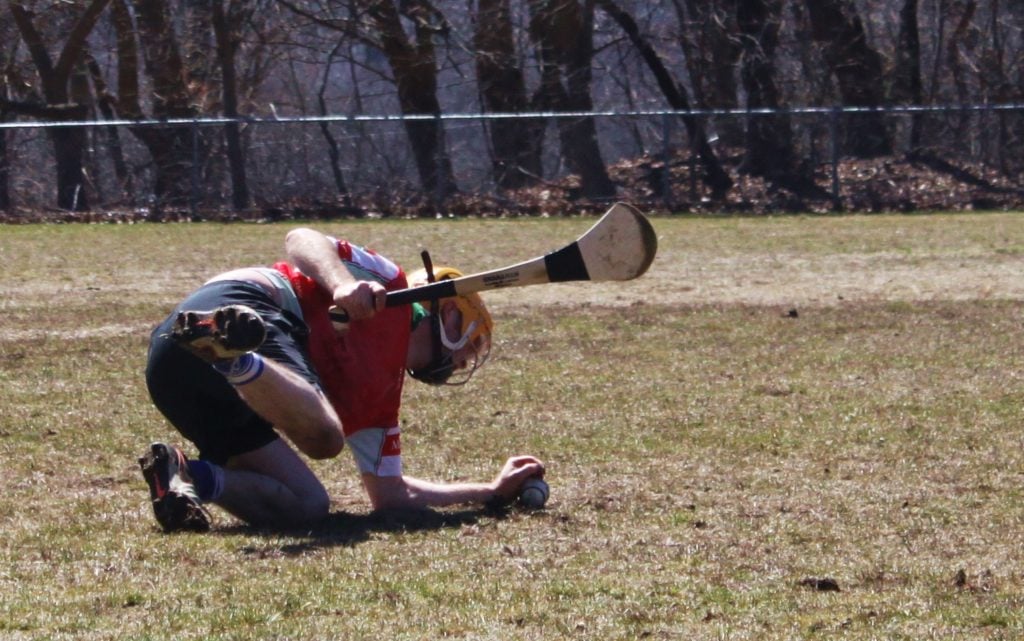 Kennelly rattles of the plethora of rules. “You can’t pick it up off the ground with your hand, you have to use your stick to get it off the ground. You can kick it, you can hand pass it and you’ll see the guys kind of slapping it to each other. You can catch the ball in your hand, you can run with it for four steps and after four steps you either have to hit it to someone, pass it, try to shoot or you can carry it on your stick and dribble it, that’s when they are bouncing it on their stick, or you can just balance it.”

He laughs. “Yeah, it’s hard to explain. It’s one of those things where you just have to do it.”
The team practices three times a week and plays competitive games in the Northeast division of the North American Gaelic Athletic Association. Their opponents include teams from Worcester, Hartford and a smattering of college teams like reigning champs UConn.

But even though the team hurls hard and breaks quite a sweat, they welcome and encourage anyone who is interested to check it out.

“We are open to anybody, we got eleven new guys this year and none of them had ever played before. People get intimidated if they’ve never seen the sport but if they have any interest we encourage it, we take the new guys aside and teach them how to play. Then just throw them into the game, because that’s the best way to learn.” 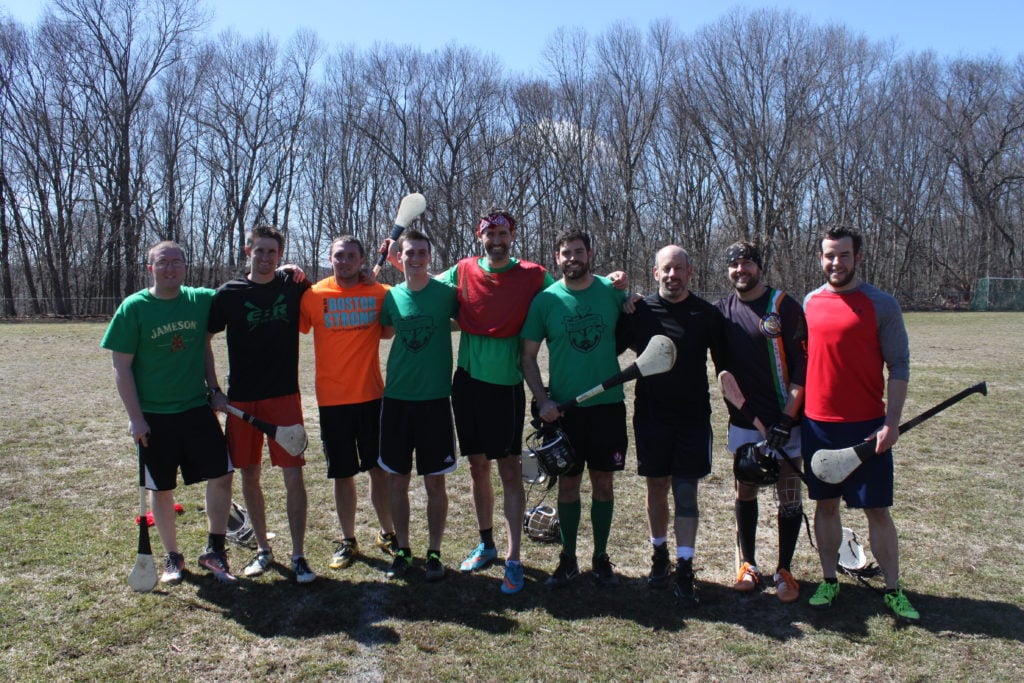