Are You Getting The Right Vitamins?

There's a fine line between deficiency, adequacy and overload.

Vitamin and mineral deficiencies are more common than you might realize, and there are a select few that seem to plague women in particular. We chatted with Shira Hirshberg, owner and registered dietitian at All Foods Nutrition, and Amanda Missimer, nutrition instructor at the University of Rhode Island, about which of these little substances need a bit more attention in our daily routines*, as well as a few tips for maintaining a well-rounded diet. 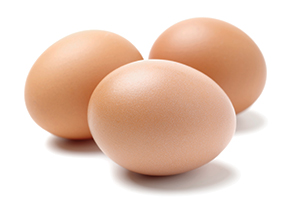 Why we need it
AM: Choline is a vitamin B-like substance. It’s not actually a vitamin; it’s like this interim vitamin/molecule that makes up an important part of all cell membranes. It’s especially vital to maternal health as you are actively creating all of the cell membranes for your child in utero during that period.

SH: It’s not one of the most common deficiencies discussed, but, in terms of consumption, about 90-95 percent of pregnant women don’t get enough choline, and that, again, could impact neurological development. The American Medical Association just recommended adding it to all prenatal multivitamins. Most of the ones out now don’t have it; I’m a new mother and I just checked mine and there wasn’t any listed.

AM: So, if you’re pregnant, make sure your prenatal vitamins have choline!

Dietary sources for choline
SH: The basic categories include meat, eggs, poultry, fish, dairy, potatoes, cruciferous veggies like Brussels sprouts, broccoli and cauliflower, and then some kinds of beans. But, as you go down the list, the source percentage drops quite a bit. Beef liver is the top source, but most people don’t eat that, so eggs (one large egg is 35 percent of the daily value) are your next best option, then soy beans (half a cup of roasted soy beans is 20 percent).

Why we need it
AM: Vitamin D plays a strong role in immunological functions, bone health and just keeping people healthy overall. In fact, frequent illness, like coughs and colds, is often a sign of vitamin D deficiency. And there’s more and more research coming out about other roles vitamin D may play in our bodies beyond that, so the takeaway is that vitamin D is pretty important.

Vitamin d deficiency
AM: Here, in New England, we live in a vitamin D desert, which means New Englanders don’t typically receive enough sunlight to create vitamin D via synthesis. So, without proper exposure to sunlight during those winter months, we often become vitamin D-deficient. Vitamin D is fat-soluble, so you can store some of it if you do get a lot of summer sunshine, but it
will only hold you over for a certain amount of time. 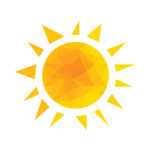 Making good use of the sun
SH: You, of course, should wear sunscreen to protect yourself from skin cancer, but sunscreen does inhibit sunlight absorption and vitamin D synthesis. So, you actually want to spend some sunscreen-free time in the sun as well. Experts say spending about fifteen minutes, three times a week outside sans sunscreen should do the trick. And it’s not some extreme recommendation; you don’t need to go out in the peak of the day or have a ton of skin exposed — just your face and hands are enough.

AM: And the body has the ability to regulate; it won’t take in more vitamin D than it needs from the sun. You can’t overdose from the sun, but you can overdose on supplements! Consuming too much and storing it away can do some major liver damage down the line.

Vitamin D supplements
SH: You can get tested for vitamin D deficiency, but it’s very expensive. So, from a cost of healthcare perspective, many experts will say: “We know New Englanders are vitamin D-deficient in the winter, so just assume you will be deficient and take a supplement.” They often come in 1,000 IU capsules, and I’d say taking one a day is a good amount. 1,000 IU per day is a fairly conservative recommendation — some doctors or dietitians might say higher — but I feel confident that that amount is not going to cause any problems. Especially when paired with diet; it’s a little harder
to get vitamin D from foods alone, but it is present in salmon and eggs and fortified in some milk and dairy products. 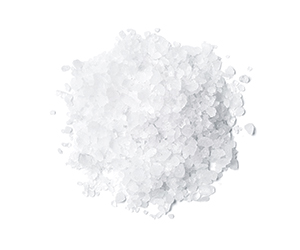 Why we need it
AM: Iodine is a trace element or mineral that is often added to certain food products like salt ­— hence why you see “iodized salt” at the grocery store.

SH: When we’ve enriched foods like that in a public health measure across the United States, then you know it’s important. Sometimes people are suspicious and think, “Oh no, the government’s adding stuff to my food?” But we don’t do that lightly; you can assume if it’s fortified across the board like that, it’s for a very good reason.

AM: We absolutely need iodine; it’s a significant co-factor in thyroid health. The thyroid is a master regulator of homeostasis in your body, so it regulates your temperature and a lot of other processes to maintain that your body is working properly. Women, especially, are at risk for thyroid dysfunction — it’s actually quite common and low iodine levels is often a root cause. When someone has low iodine levels, the thyroid and hypothyroid will begin to swell and that’s actually what eventually causes a goiter.

SH: And, in terms of pregnancy and fetal development, infants are even more sensitive to the effects of deficiency. Mild to moderate insufficiency during pregnancy may subtly impact neurological development and resultantly cause mental impairment amongst other irreversible effects. So, it’s typically recommended that mothers take supplementation during pregnancy and lactation. Nowadays, it’s usually included in most prenatal vitamins, but it’s definitely something expectant mothers should be aware of so
they can look for it on labels.

Why we’re talking  about deficiency
AM: Iodine deficiency, fortunately, isn’t normally as big of an issue around here because we’re lucky enough to live in Rhode Island where seafood — which is a wonderful natural source of iodine — is aplenty. But, for those who don’t consume seafood, salt is the major source for iodine.

SH: And, in young women who are bordering on insufficiency, one of the things that we certainly see as a growing trend is that they’re consuming all of these fancy sea salts, like pink Himalayan salt, over regular iodized salt. You see fancy salts on menus everywhere nowadays; its more Instagram-friendly and it’s sometimes marketed
as “healthier,” but it has no real nutritional value. Of course, we’re not saying that people should go crazy and add a ton of salt to everything, but if you are going to add some, make sure it’s iodized.

AM: And remember: the salt you’re adding to your food is not what causes hypertension — it’s the salt you’re getting from processed foods. That’s why we always say make different food choices, but if you want to salt your dinner, go for it. >>

Why we need it
AM: Iron is a mineral found in most cells, but it’s especially known for its role in binding oxygen (hemoglobin) to red blood cells; it’s what carries oxygen to other parts of your body, like your heart and lungs. And when your body doesn’t have enough iron, you can develop iron deficiency anemia, which often presents as extreme fatigue, shortness of breath
and / or lightheadedness.

Who’s at risk for iron deficiency
SH: 9 ½ percent of women are iron-deficient upon measurement. Those with a high risk of deficiency include women with particularly heavy menses [because bleeding facilitates iron loss], women who are pregnant and / or those who follow a vegetarian or vegan diet.

Difficulties in diagnosing
SH: Fatigue is a complicated symptom. I’ve been anemic before, and when I went to the health clinic, they asked, “Are you more tired than usual?” At the time I said, “I’m in graduate school! I don’t sleep much; I’m always tired.” So, it can be very difficult for people to discern.

AM: The other difficult thing about iron deficiency anemia is that some symptoms often don’t show themselves until the storage in your body is practically depleted. Which is tricky because you can still be subsidizing with diet, but you don’t feel the effects of the anemia until your stores have been emptied out.

SH: If I have a female patient who feels fatigued and there’s no good explanation for it, I will tell her to get not only her iron checked, but also
other markers, like ferritin. Ferritin isn’t a perfect marker, but helps it give
a better indication of where your iron levels are at than just a regular
CDC panel alone. If someone’s ferritin levels are on the lower end of what’s considered the normal range (above 100), they usually have what I call “sub clinical iron deficiency” – they’re the ones who are on their way to becoming deficient or anemic. From there, I typically suggest that they work more iron into their daily routine, whether through diet or supplements, and once they do, they feel better. So, if you think you might be in a similar boat, it’s worth a conversation with your doctor or dietitian.

Dietary sources for iron
AM: The typical recommendation is to eat meat — lean meat, poultry, seafood — because it’s more easily absorbed, but you can also get it from beans, lentils, spinach, peas, nuts and even some dried fruits. Plus, a lot of cereals and breads are fortified with iron.the flipside a.k.a. iron overload
AM: Iron overload is also a concern because it can cause oxidative damage (a.k.a. inflammation) to the liver (where it’s often stored) and can also increase your risk for major chronic illnesses. Post-menopausal women are especially at risk because they no longer regularly lose iron through their menses — so they should discontinue taking iron supplements or working extra iron into their diets. No matter your age, though, your doctor should regularly check your levels if you’re on high-dose iron supplements.

What about everything else?

If you want to ensure that you’re doing everything you can to get the vitamins and minerals your body needs to perform and feel its best, Hirshberg and Missimer recommend that you consider the following

In terms of a well-rounded diet, look to resources like myplate.com or Harvard School of Public Health’s Healthy Eating plate.

Look into taking a daily women’s multipurpose vitamin — it should cover any important bits you may miss with diet. Not sure what to buy? Try to find a USP-verified brand, if possible. Otherwise, a prescription multivitamin is always a safe bet. But note: there is such thing as too much of a good thing! Those gummy vitamins may taste delicious, but you should stick to the recommended daily value to avoid overload.

If you’re unsure about something related to diet, chat with a dietitian! There doesn’t need to be some big commitment; Hirshberg says that, in addition to her regular clients, she will often have people come in for a single session for the sole purpose of clearing up any misconceptions they may have about nutrition.

Remember that everyone is different. What ails someone else or what works for someone else may not necessarily apply to your own health journey. Consider talking with your doctor or dietitian to come up with a plan that fits your needs.