Get a Preview of the Future Eat Drink RI Central Market

This weekend, get a preview of what the future Eat Drink RI Central Market might look like. On Saturday, Aug. 6 from 2-6 p.m., more than twenty-six vendors selling local food and drink products and farm produce will be on site at the future location of Providence’s local food market.

The new Providence/Newport Ferry terminal (and where Shooters used to be in Rhode Island-ese) at 25 India St. in Providence will host the free outdoor food market in a covered area on the site. “We will be under the cement structure base, which is a full-story,” says David Dadekian, president and founder of Eat Drink RI. “It’s rain or shine because we won’t get rained on.”

Many of us recall the former Shooters location as an eyesore, but the area has been cleaned up by the Rhode Island Department of Transportation (RIDOT) and the Department of Environmental Management (DEM) to make way for the ferry terminal. They also realized the area needed an additional attraction to draw people to the site. Eat Drink RI founder David Dadekian won a 2014 Innovation Fellowship through the Rhode Island Foundation to bring a central market to fruition in Rhode Island. Eat Drink RI bid on the former Shooters site to make that the location of the central market once they get financing in place, and won.

That something will be the Eat Drink RI Central Market. Once financing becomes available and finalized, they plan to build up from the cement structure and include multiple event spaces, an active market hall for local farm goods, producers and food artisans, independent locations for restaurants, and commercial and presentation kitchens for small scale production, broadcast, promotional and educational purposes. At Saturday’s market preview, guests can view concept drawings of the market, designed by Providence’s Union Studio.

“The plan is for one preview this Saturday to give people a sense and also to show people the plans we have for the permanent market and to drum up more interest for it,” says Dadekian. “People in the food business have known about this project for awhile but it’s fascinating to find out how many people still don’t know about it. It’s great to get more people interested and excited.”

It will take some time to work out the logistics for real estate development, gain private investment and earn other financing to build the market, but the plans are in the works. "It’s only a matter of time and moving forward. It’s one more thing downtown that’s going to help out tourism and quality of life," says Dadekian. "Of course, I want it to be tomorrow, but it’s coming together."

And on Saturday, Rhode Island will get a taste of what's to come. eatdrinkri.com 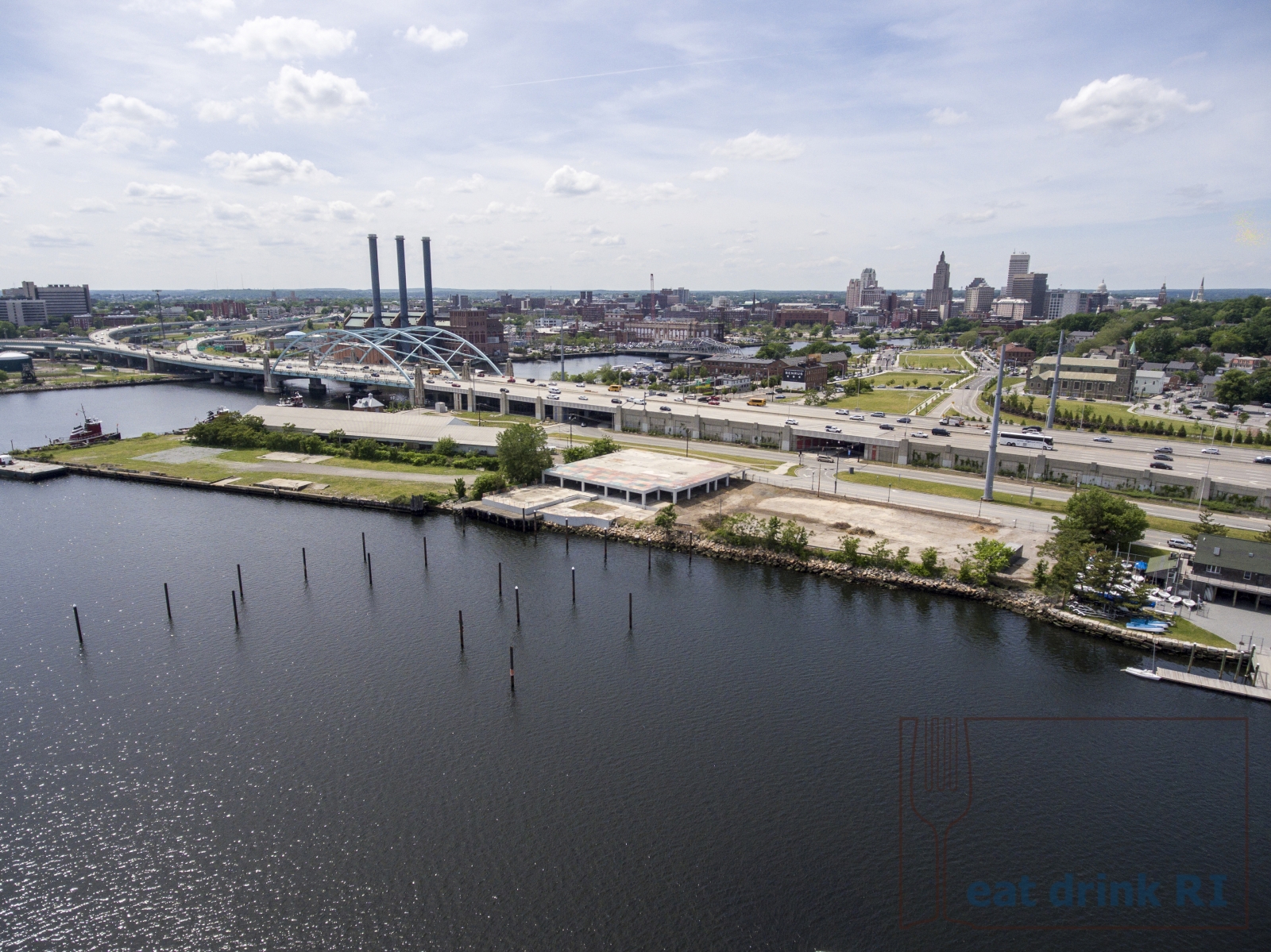 The site of the future Eat Drink RI Central Market.