The Dish: Get Hooked on Gelato at Westerly’s Pompelmo Gelateria

The husband and wife team learned gelato-making in Italy, and now they run two shops in Rhode Island. 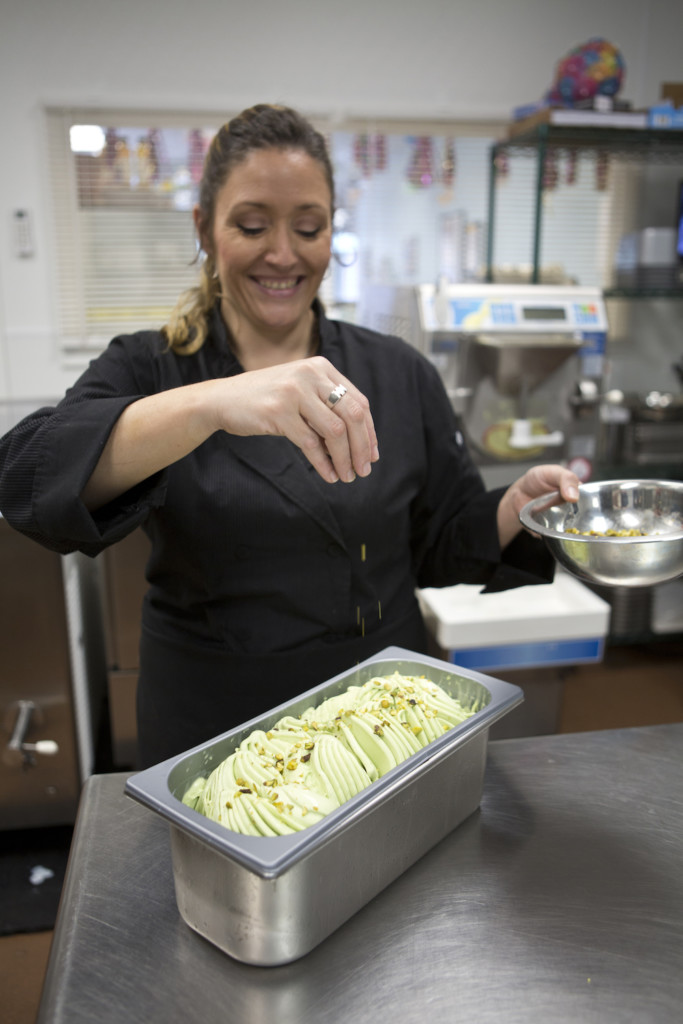 While many Americans are basically raised with an ice cream cone in hand, for Melanie Wolf it was gelato. “This is the ice cream I grew up eating as a child,” she says.

She’s from Argentina, where gelato dominates frozen dessert cases, as well as in Europe. Wolf now lives in Rhode Island with her husband, Denis St. Amand, and is a Spanish professor at the University of Rhode Island. When classes wound down for summer, she searched for something else to do. Opening Pompelmo Gelateria in downtown Westerly was the answer.

“I said [to my husband], ice cream is a good business in Rhode Island; people tend to line up for it at all times of the day,” Wolf says. “But what can we do to set ourselves apart from the other ice cream shops? I said, ‘Why don’t we do the ice cream I know: gelato?’ ”

She and her husband traveled to Bologna, Italy, to attend Gelato University, where they learned how to make the Italian frozen treat for their soon-to-be shop. Then Wolf returned again to take more advanced courses on the chemistry and science behind it, so she could create her own flavors using a gelato machine. She mixes her gelato base using whole milk, very little heavy cream and sugar, and adds natural fresh ingredients, such as fruit and berries from local farms, hazelnuts, pistachios and cherries imported from Italy, and local honey to invent new flavors.

The husband and wife team also recently opened a second outpost at Gramma’s Gelato Cafe in Watch Hill, located at 12 Fort Road by the beach. “It started as a side project to make a little money and stay busy in the summer, and evolved into what it is today,” Wolf says.

Gelato has a denser, more concentrated flavor than ice cream. “The main difference is that ice cream is usually pumped full of air to create more volume, and gelato isn’t, so you have a very slow churn with less air, which helps to create that dense creaminess that gelato is known for,” she says. “It’s not as cold as ice cream, which helps intensify the flavor.” 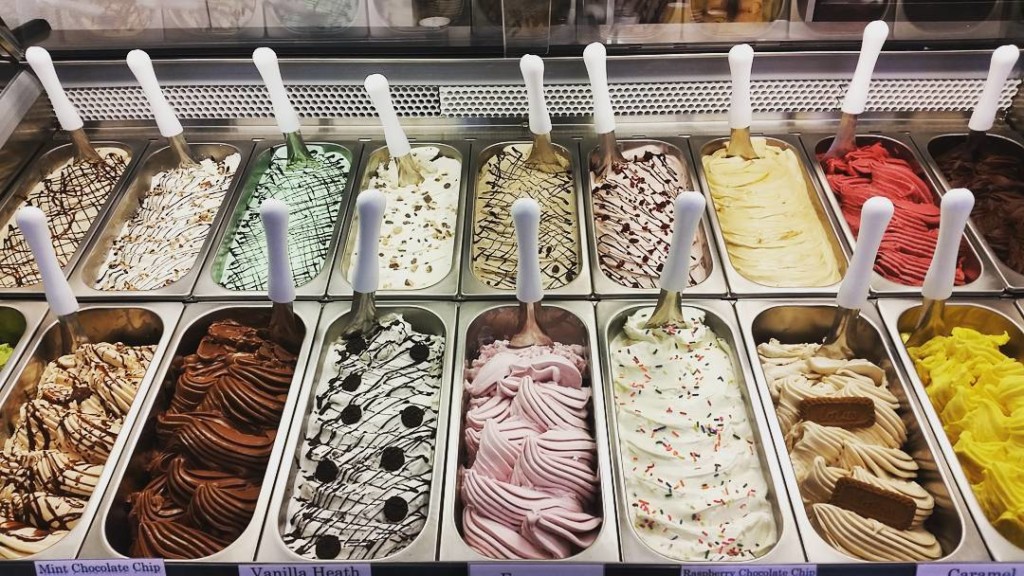 Pompelmo Gelateria has dozens of flavors. Photo by Melanie Wolf.

Wolf makes gelato in small batches to fill her downtown case of eighteen flavors, and the Watch Hill location’s twenty-four varieties, with a few more options available in the back. Some of the most popular choices include pistachio, tiramisu and coconut key lime cheesecake made with honey from Sticky Situations in Old Mystic Village. Kids love Cake by the Ocean (also known as Cake Batter) and Cookie Monster. “Everything is made in small batches, so whenever you get gelato at my shop, it’s just hours or days old,” she says. “It’s not made months ahead of time and sitting in the back freezer. It’s made on the spot.”

Gelato is served in a cup or homemade waffle cone and bedecked with a delicate handmade pizzelle, or waffle cookie, on top. Most of the gelato flavors are naturally gluten-free and the sorbet is vegan and fat-free. Wolf also creates intricately decorated gelato cakes that can be ordered ahead of time for special events. “You can customize any cake made out of gelato,” she says. “I can accommodate any dietary restrictions, gluten free, nut-free, or people who are allergic to chocolate.”

Pompelmo Gelateria also has gelato carts and a wagon that visits outdoor events. The business can cater events and weddings with an on-site gelato sundae bar. The pizzelle ice cream sandwiches and gelato pops are popular choices. “Some people like them for barbecues and order them ahead of time, or they just take a box home. I decorate them nicely with nuts and sprinkles,” she says. “The flavors change, but they are easy for grab and go.”