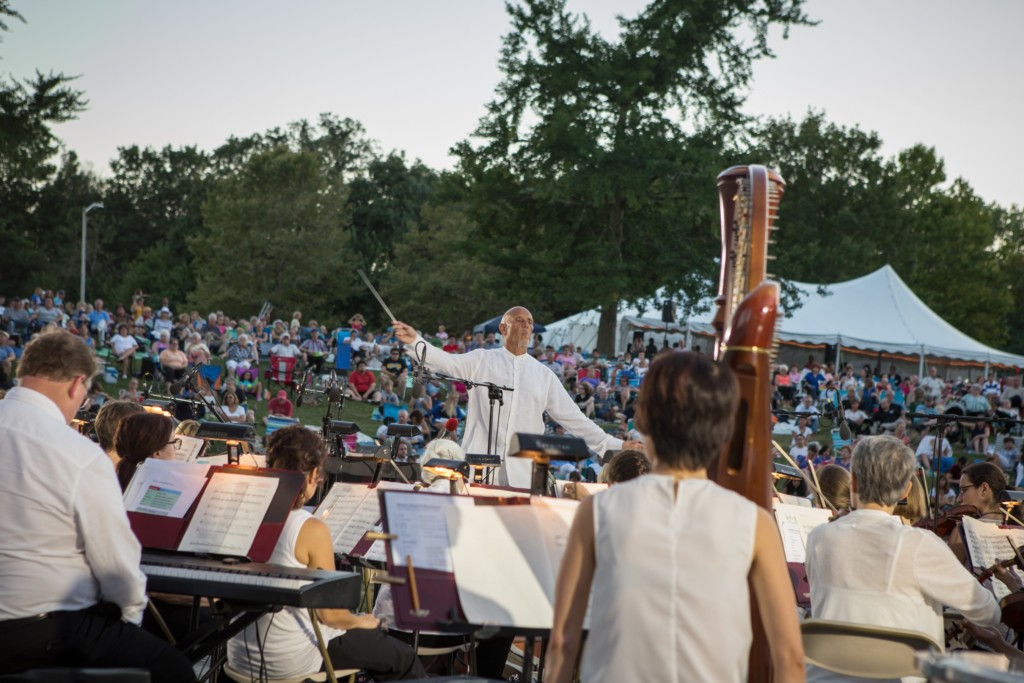 The Rhode Island Foundation is bringing the Rhode Island Philharmonic Orchestra back to the Temple to Music for a free concert this Friday. Francisco Noya will once again conduct.

It’s music to Rhode Island’s ears: the Rhode Island Foundation is hosting a free concert by the RI Philharmonic Orchestra in Roger Williams Park on Friday, Aug. 4 from 7 to 9 p.m.

Held at the Temple to Music, this year’s event will build on the success of last year’s concert by pairing up with Food Truck Friday for the first time. Fifteen food trucks are expected to dish out everything from barbecue to tacos starting at 5:30 p.m.

The Rhode Island Foundation brought the Philharmonic to Roger Williams Park to celebrate its Centennial last year, which was the first time the orchestra had performed at the Temple to Music in more than a decade. It was expected to be a one-time event, but they decided to bring the concert back again due to popular demand.

The sixty-piece orchestra will play two forty-five-minute sets with a twenty-minute intermission. The program will feature the Star Spangled Banner, the Stars and Stripes Forever and the 1812 Overture. For those who can’t make the show, the Foundation has arranged for Rhode Island Public Radio to broadcast the concert live on RIPR.org or 88.1FM, 89.3FM, 91.5FM, and 102.7FM.

For more information about the free concert that’s open to the public, visit rifoundation.org.

Students Play Along with the Philharmonic