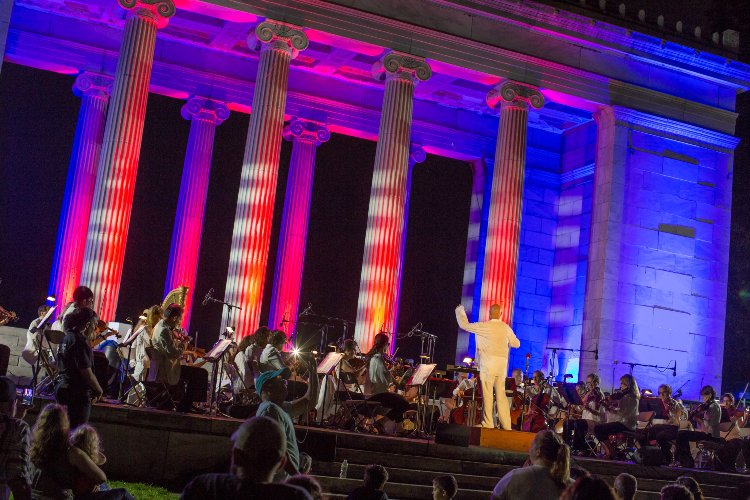 The Rhode Island Foundation invites the public to a free concert by the Rhode Island Philharmonic Orchestra at the Temple to Music in Roger Williams Park on Friday, August 10, from 7–9 p.m.

The Foundation first brought the tunes of the Philharmonic to Roger Williams Park to celebrate its centennial anniversary in 2016, as the Foundation was established on June 13, 1916. It was the first time the orchestra had performed at the Temple to Music in more than a decade and continues to be a rather popular event since the Foundation’s founding. Guests can expect a sixty-set orchestra to play two forty-five-minute sets with a twenty-minute-intermission. The program features moving, inspiring and stimulating tunes, including the “Star Spangled Banner”, Tchaikovsky’s “1812 Overture” and the “Harry’s Wondrous World” theme from the Harry Potter film series.

“Community is the core of our work. It begins where people come together to share experiences. There is not a better spot to celebrate the spirit of community than in one of the state’s best-loved gathering places,” says Neil Steinberg, the Rhode Island Foundation’s president and CEO. “Although we envisioned the centennial concert as a one-time event, the past two years have been so successful and were enjoyed by so many that we decided to bring the Philharmonic back for a third year,” said Steinberg. An estimated 7,000 people attended last year’s performance. For additional information about the Foundation, click here. 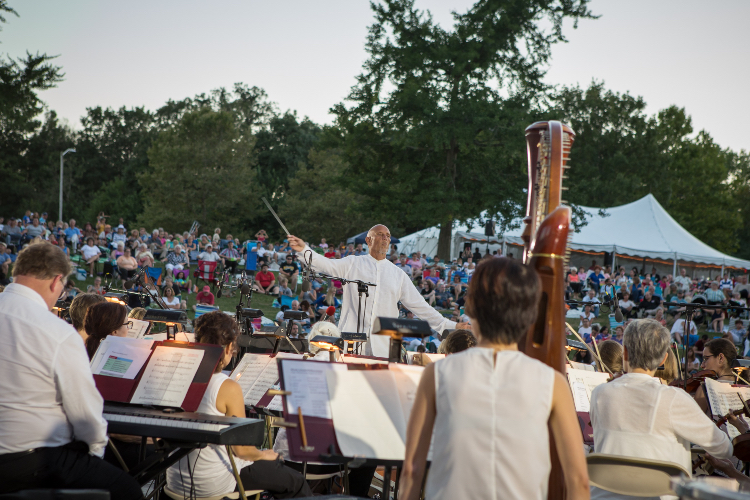 For the first time ever, there will also be seating in the bowl area directly in front of the stage. Chairs will be available for about 150 people and is based on a first come, first served basis. Otherwise, concert-goers should bring blankets and lawn chairs. Plus, bring money to snack on food truck fare from over twenty-five different food trucks at the park’s weekly Food Truck Friday night at Carousel Village. Sip on a glass or two of spirits and hops from the beer and wine garden, too. The food trucks will serve everything from burgers and Chinese food to vegan ice cream from 5–9:30 p.m.

5 Unexpected Places to Take a Walk in Rhode Island