Turner Birthisel and Colin Wheeler each play three roles in the show that's based on the family that inspired Peter Pan. 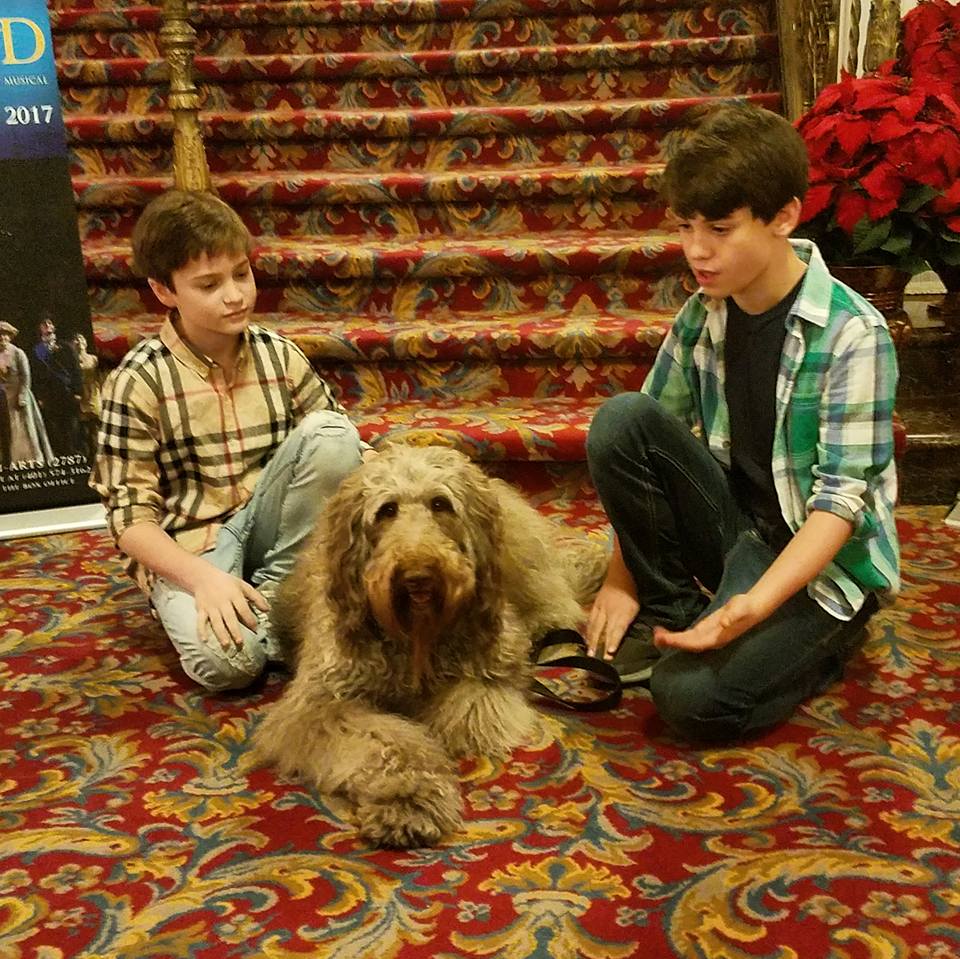 There’s a musical for adults and kids alike who never want to grow up. Finding Neverland is playing at Providence Performing Arts Center now through Sunday, Dec. 3, and it’s a chance to learn about the family that inspired the adventures of Peter Pan.

The musical is based on Academy Award-winning film by David Magee and the play The Man Who Was Peter Pan by Allan Knee. It follows the relationship between playwright J.M. Barrie and the family that inspired Peter Pan, one of the most beloved tales of all time. From the elaborate set to the familiar characters, the production uses the power of imagination to tell the story on stage.

We got the chance to meet two of the youngest actors in the show, Turner Birthisel, age eleven, and Colin Wheeler, twelve, who each play multiple roles in the production. Birthisel plays Peter, Jack and Michael, and Wheeler plays George, Peter and Jack. The show has six boys who play a total of four different roles. “It’s so that everyone can get a day off, because it would be difficult for anyone to do eight shows a week,” says Wheeler.

The two boys love traveling with the show as actors, explaining that one parent is usually with them as they visit each city. They’ve performed in various shows in Las Vegas, Los Angeles and even Japan.  “I really love seeing all the theaters,” says Wheeler, standing in the elaborate gilded foyer at PPAC. “This theater is beautiful.”

The two boys interact with a dog in the musical, a rescue mix named Sammy, who plays Porthos in Finding Neverland. In order for the dog to get used to the boys on stage, the young actors get to have sleepovers with Sammy at the hotel. At first the dog was very nervous about being in a new place, but he warmed up to one of the boys and ended up cuddling by the end of the night. Earning the dog’s trust made friendly interaction between boy and dog come naturally on stage.

In honor of Tuesday’s Child, $5 from each ticket sold from any performance will be given to Adoption Rhode Island, in collaboration with NBC 10. Use code NBC10 when purchasing tickets.