You can help determine the winner for the Championshuck tournament on Tues. and Wed., April 3 and 4 at Bristol Oyster Bar. 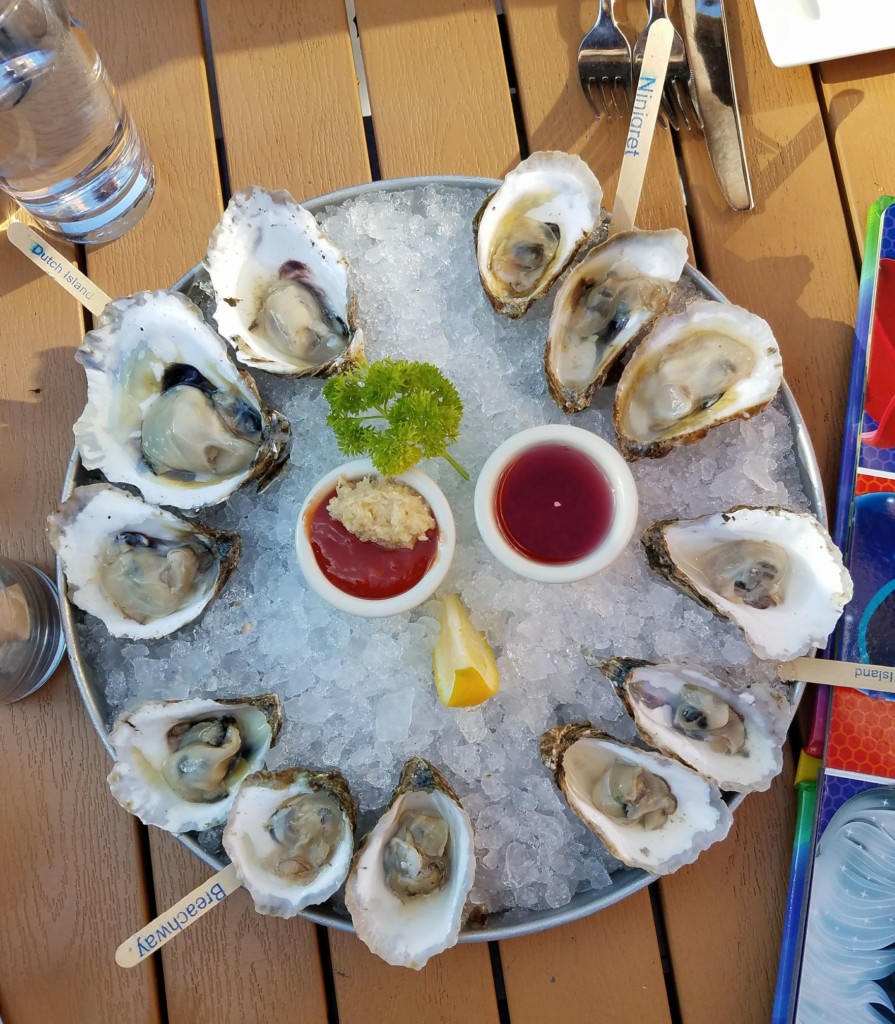 A selection of oysters at Bristol Oyster Bar. Photo by Jamie Coelho.

As the Final Four NCAA Tournament plays out this weekend, Oyster Madness has also been taking place in the Ocean State. Throughout the month of March, Bristol Oyster Bar has been pitting Rhode Island’s best oyster farms against each other in a briny (but friendly) competition to determine the best bivalve. You can help determine the winner for the Championshuck on Tues. and Wed., April 3 and 4, starting at 6 p.m. at the restaurant.

Over several weeks, Bristol Oyster Bar’s loyal customers have helped whittle the choices of shellfish from the Sweet Sixteen farms down to the Final Four, which included Ninigret Nectars up against Fox Islands, and Moonstones versus East Beach Blondes. The votes were tallied from the last two days to determine the final two that will face off against each other on Tuesday and Wednesday, April 3 and 4 to determine a winner: Ninigret Nectars versus East Beach Blondes.

Guests are welcome to go down to the restaurant on that Tuesday and Wednesday, starting at 6 p.m., to sample the complimentary oysters from each farm and cast their votes. The champion will be announced at 9 p.m. on Wednesday, April 4.

From the beginning, the oyster-tasting tournament involved sixteen oyster farms and it was played one-and-done style. The farms were seeded one through eight and sorted into two regions. Each round the numbers shrunk, going from the “Briny and Sweet” all the way to next week’s “Championshuck.” The oysters are served at the Bristol Oyster Bar in a blind tasting format. Participants that partake in the blind tasting will be required to fill out a scorecard selecting which oysters they prefer. All of the votes will be tallied until the final champion is selected. 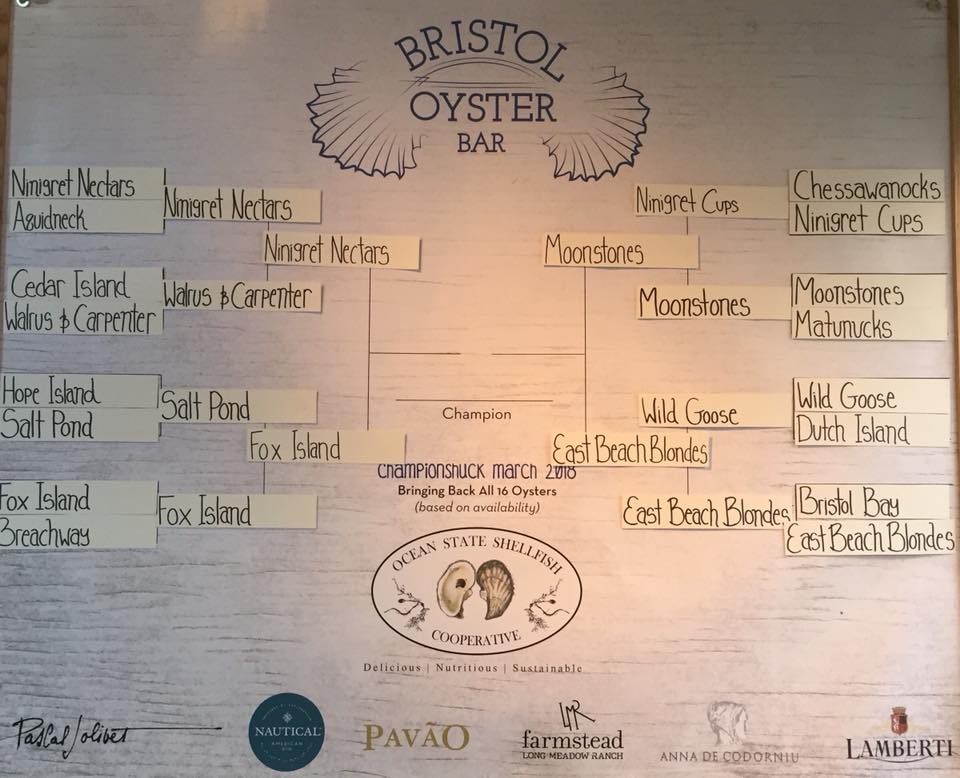 The champion oyster farm will receive bragging rights and an engraving on Bristol Oyster Bar’s Oyster Madness plaque. The top bracket (turned in before the voting) will receive a $400 gift card, second place will have a $200 gift card and the top online bracket will receive a $100 gift card. bristoloysterbar.com

The Dish: On the Farm with Bluff Hill Cove Oyster Company