One more step on the long road to restoring our natural systems.

It could be one of Rhode Island's most abundant plants — the tall waving fronds of phragmites that clog wetlands in the Narragansett Bay watershed. The casual observer may see them as gentle reeds associated with wild, quiet places, but to wetland advocates, they're loathsome intruders. The phrag form dense, uniform stands that choke out other plants and animals, and degrade the ecosystem.

On a recent Sunday morning, local phrag-attacker Paul Earnshaw marshaled his forces — on this cold day, just board member Tim Knight, from the Buckeye Brook Coalition, though about a dozen volunteers have taken turns at the project — and headed into the fray, armed with hedge clippers and determination, to beat back the foe. They parked along the edge of West Shore Road in Warwick, where it crosses the brook on its way from the airport to the bay. From the ragged sidewalk, piled deep with sand from this rough winter, you can look to the east and see nothing but wide open nature, a rare vista in this densely settled neighborhood. 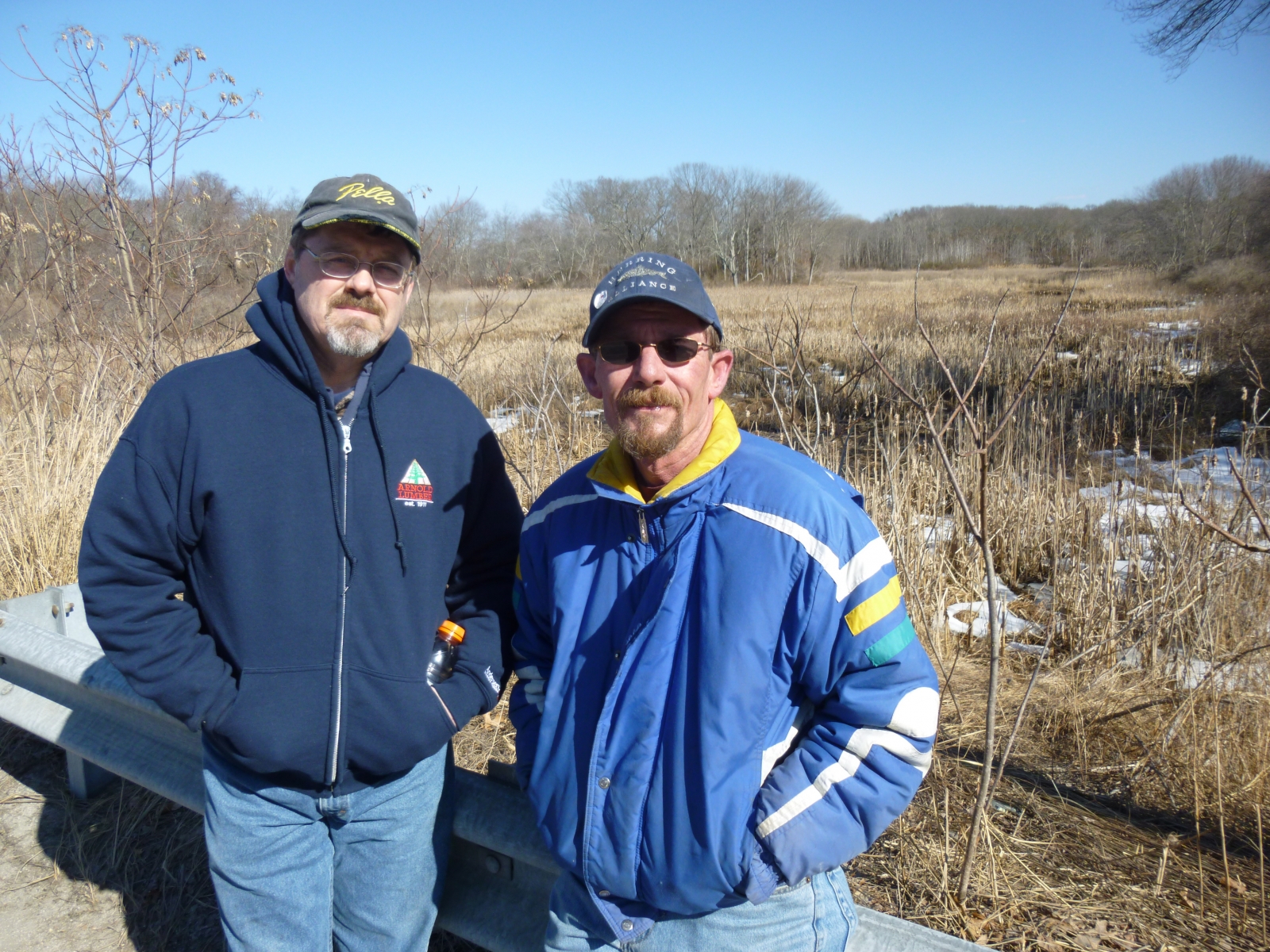 Amazingly, right up to the edge of the road, the winding brook is accompanied not by the expected dense, uniform stands of phrag, but thousands upon thousands of healthy, robust cattails. These native plants, plus spreading meadows of Spartina grasses, bayberry bushes and more, are taking over, creating a more diverse, robust marsh system. This miraculous replacement of the phrag with the cattails is thanks to the coalition and its partners, who have been working for several years to encourage this change.

The phragmites will invade when it has a source of fresh water and nutrients, Earnshaw says, a frequent culprit being leaky septic systems. Studies at the West Shore Road site showed that surrounding neighborhoods recently had tied in to sewers, providing hope that if the current stand of phrag could be eliminated, it might not come back. Grants were applied for, and contractors were brought in to spray the phrag with herbicide, targeting it carefully to protect the native cattails. As the effort progressed, the reeds were targeted one by one with hand-applied herbicide treatments, Earnshaw says.

Now volunteers are tramping into the marsh to cut down the dead reeds, chopping them up and leaving them in hopes that the mulch will smother any young shoots. Meanwhile, the cattails, given a chance and an opening, are doing their part, proliferating across the marsh. The cattails are abundant, but unlike the phrag, they leave room for Spartina and other plants to diversify the system. The progress is impressive, but Earnshaw notes, there is still a long way to go to rebuild a healthy, thriving river full of fish.

"It's back-breaking work," he says. "But we're getting there." 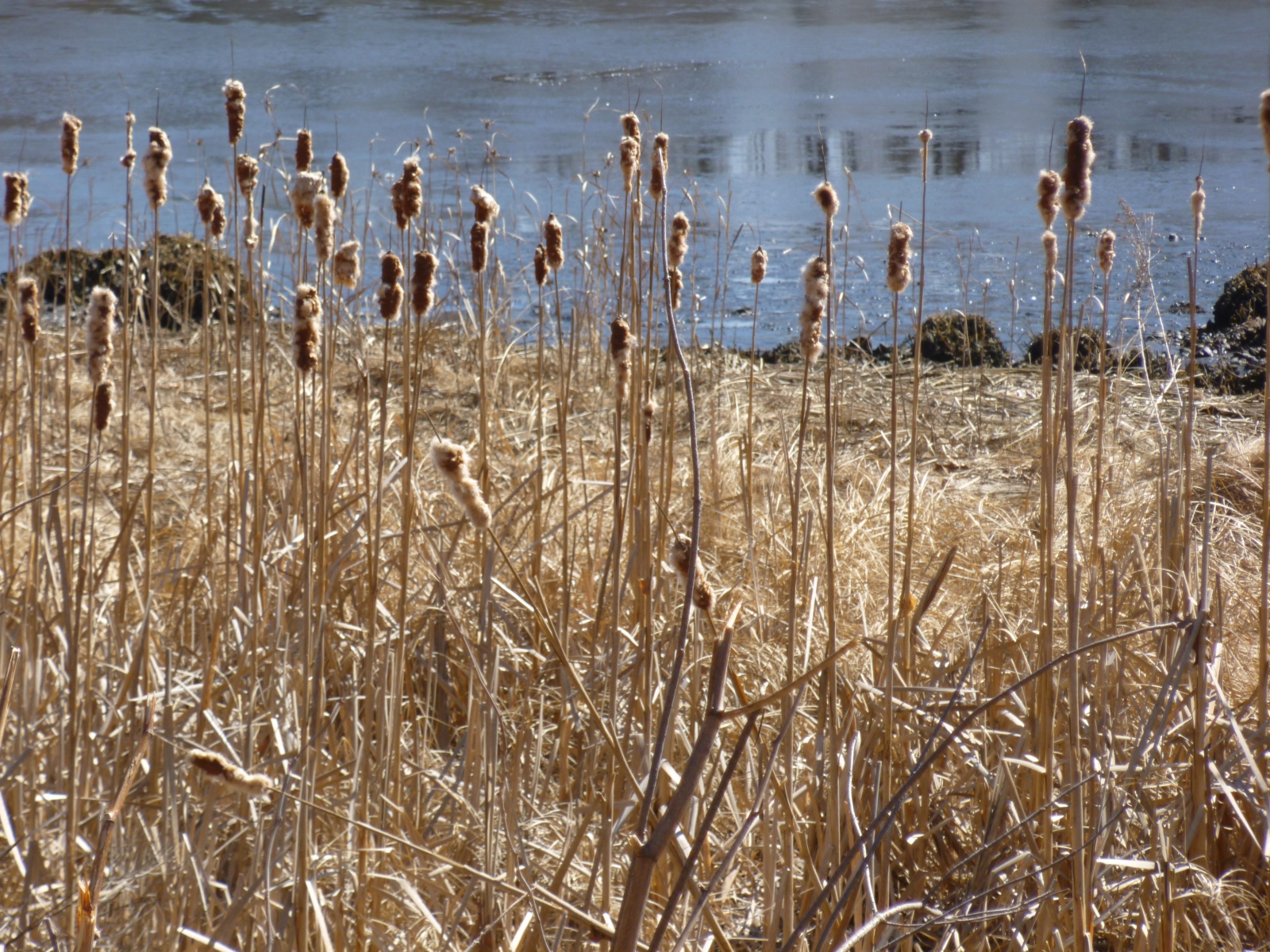 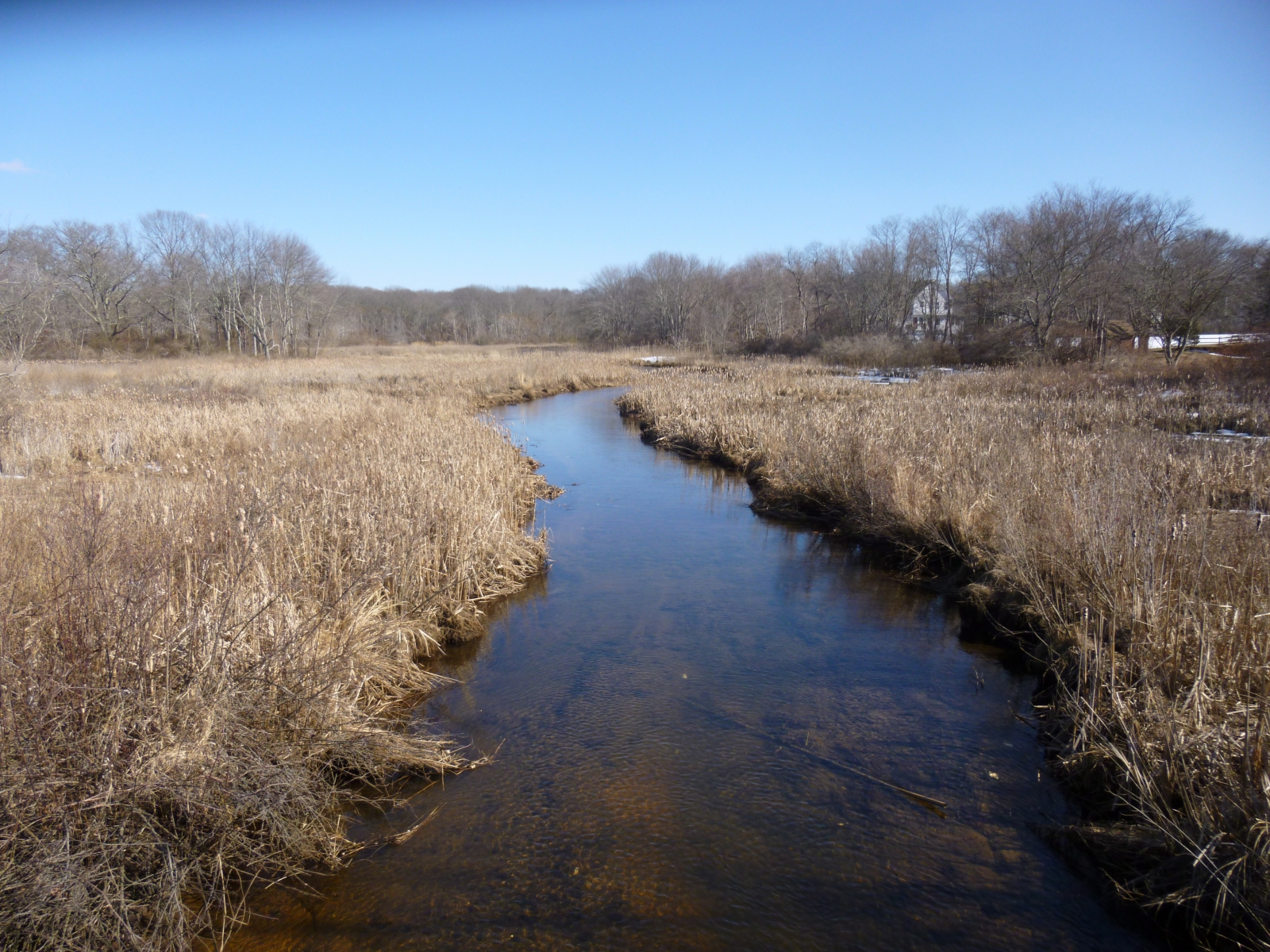