Give to the equity campaign and join the meal-delivery business on its mission to make dinner time less stressful. 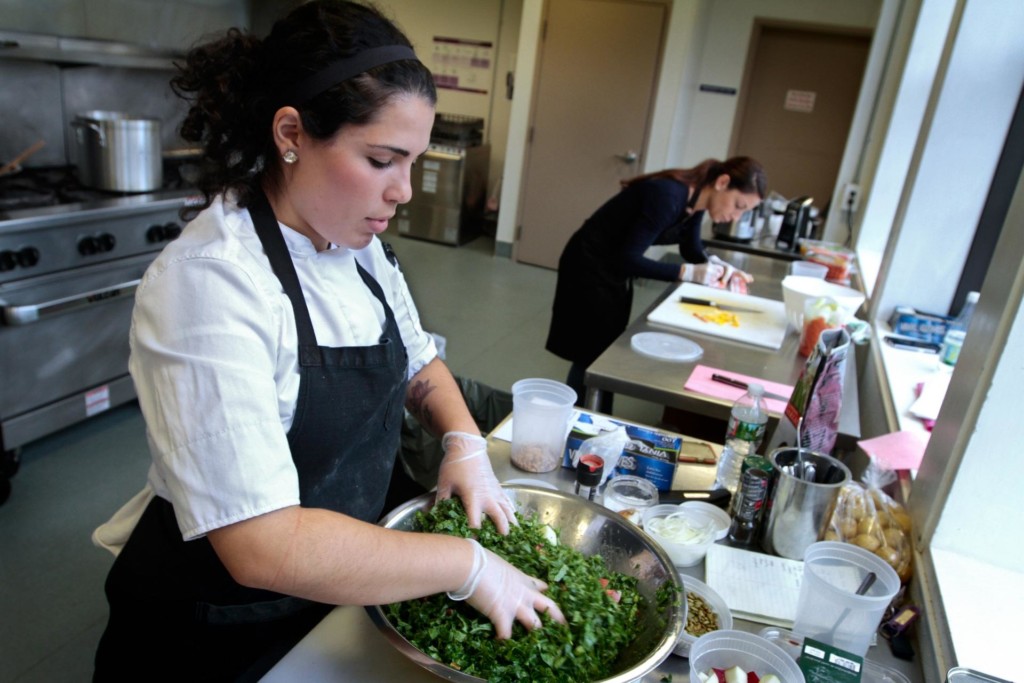 Maggie Mulvena, owner and executive chef of Feast and Fettle.

When life gets busy, there are ways to save time. More often than not, a home-cooked dinner is the first sacrifice and people turn to takeout and frozen meals instead. Feast and Fettle, a local meal-delivery service that recently won a Best of Rhode Island Award for home-delivered meals, is changing up the game for busy families and professionals.

Every week, Feast and Fettle designs a new menu, including some gluten-free, vegetarian and vegan choices, and members can select what looks tastiest to them. According to CEO Carlos Ventura, there’s usually an overarching theme for each week and entrees and sides are always served separately.

The company was founded in 2016 by Maggie Mulvena, a Johnson and Wales University graduate. Her cooking had become so popular with the family that she nannied for and their friends during culinary school, that she decided she wanted to share her meals with even more people after graduation. Two years later, Mulvena is now owner and executive chef of Feast and Fettle, employing a staff of thirteen that is over 70 percent female.

Companies that provide meal-kit delivery services may come to mind, but Feast and Fettle sets itself apart by providing the entire meal already prepared. Ventura describes it as a “food first” company. Members choose their meals by Thursday, and the following Monday and Wednesday their selections are delivered to their homes in an insulated bag. Reheating takes less than a half hour and then dinner is on the table.

“Most of our members are families,” Ventura says. “People love that their kids love the food.”

The ingredients used are local and fresh. Ventura says that they strive to avoid waste, ordering only the quantity of ingredients needed for the next week of deliveries based on their members’ selections.

As a fast-growing company, Feast and Fettle launched an equity crowdfunding campaign so they can move out of their current kitchen space at Hope and Main and into their own commercial kitchen in East Providence. In the few weeks since the campaign’s launch, they’ve raised a little over thirty percent of their goal. With a new kitchen, Ventura says they will be able to produce four to five times as much as they do now, and could possibly even branch into Massachusetts. Make an investment in the campaign, which not only provides you ownership in Feast and Fettle – but a stake in its future.

The Dish: Meals Made Easy