These four easy getaways remind us why we love to hit the road in autumn. 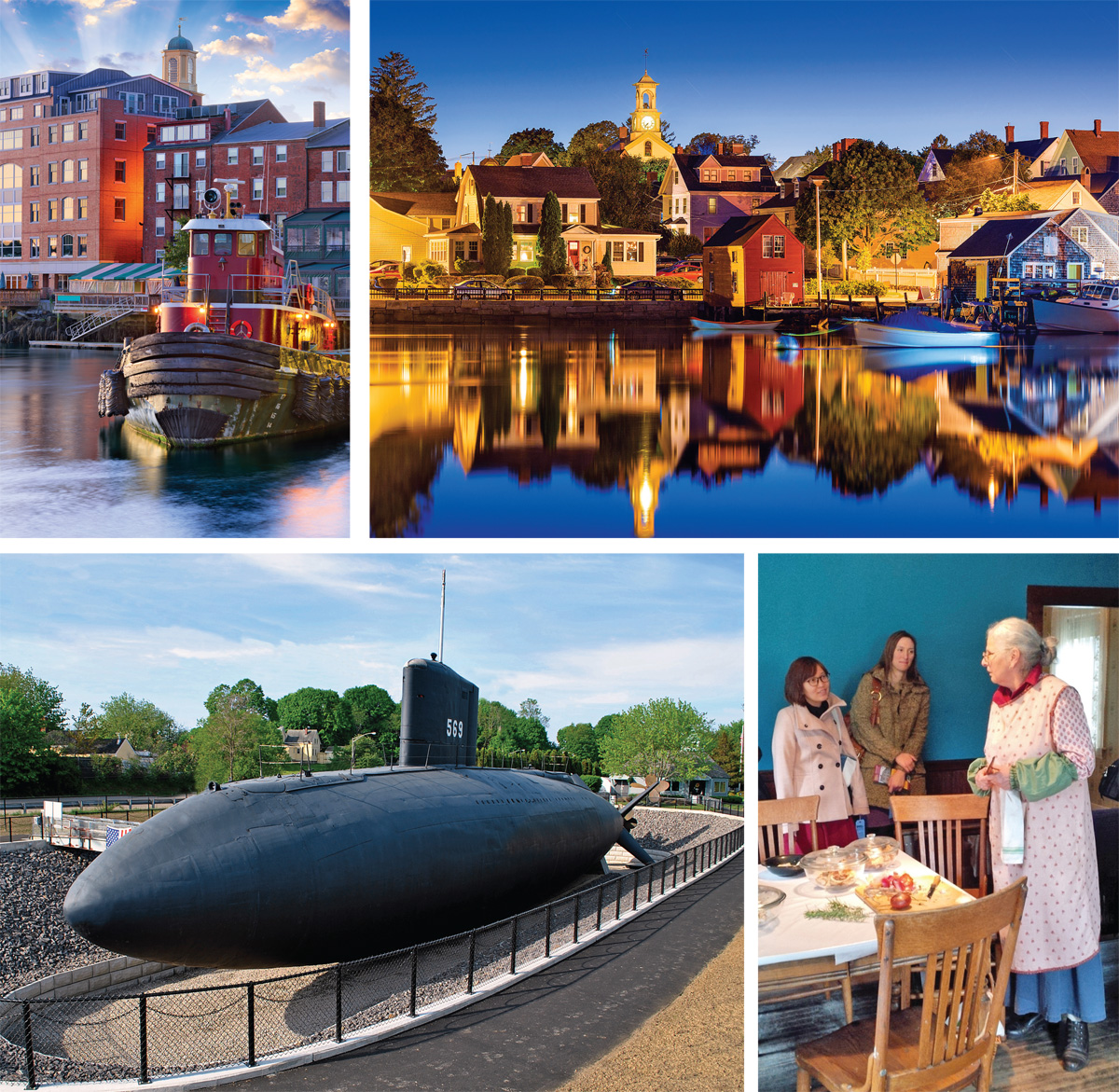 When it comes to craft beer, my husband and I are attracted to hops like bees to honey. My husband grows hops in our backyard and brews his own beer, we frequently visit the Ocean State breweries, and we always make beer tasting a part of our vacations.

Here’s the challenge: We have two kids, a three-year-old and ten-month-old, so a four-hour trek to the wilds of Vermont to hunt down Heady Topper isn’t really in the cards, and we also need a place that has several diversions for the little ones. A craft beer day trip is in order — disguised with lots of family activities in between — and the city on the agenda is Portsmouth, New Hampshire.

It’s about a two-hour drive from Providence, and we arrive in time for an early lunch at Earth Eagle Brewings. The intimate brewery is tucked around the corner behind a craft brewing supply store (how perfect!), and there’s a covered biergarten outdoors where a family dines with a stroller in tow. Inside, we sit at a table and take a look at the food menu and beer board. The fresh-baked pretzels from When Pigs Fly bakery are amazing; they possess a crusty exterior and soft interior, and are served with a side of beer cheese and grainy mustard. The baby gums a chunk of pretzel while my son draws fire trucks with the crayons that we brought him. Yes, we are that family with a baby in a bar, err, restaurant.

We order a flight to try all the brews rather than committing to a full pour. I am captivated by the gruits, beers that do not contain hops. The brewer forages for some ingredients, and Spontanale (a spontaneous ale that is not fermented) includes blue lotus flowers, foraged colt’s foot herb, a touch of licorice and a bit of molasses. There are lots of other beers that are more traditional, including the excellent Half Breed, a hoppy Belgian session ale. The food is also top notch. I even get my son to try the duck pastrami (“it’s steak!”). He’s a notoriously tough eater, so it’s great to see him try something new and ask for more. I learn that there are ways around a children’s menu and you don’t always need the crutch of chicken fingers. eartheaglebrewings.com, sendbread.com

It can’t all be beer tasting on our day trip, so we take a detour to the USS Albacore submarine, which was designed by the Navy in the early 1950s to test experimental features used in modern submarines. You can tour the whole thing in about twenty minutes and it’s fun for kids to explore the ins-and-outs of a vessel that shows how men crammed into tight living and sleeping spaces. It is especially interesting since my brother-in-law lived on a submarine for a month as part of his job with the Naval Undersea Warfare Center in Newport. We wedge ourselves into the triple-decker bunks, while my son sits in the pilot’s chair and burns off some energy. ussalbacore.org

On a previous visit, we stopped at the Portsmouth Brewery, where there is, in fact, a children’s menu. It’s a sister brewery to the well known Smuttynose, and it’s also Portsmouth’s original brewpub, started in 1991 before craft brewing really took off. Tastings run the gamut from light to dark beers and the heaping plate of pulled pork nachos is a must. The Bluebeery and White Lightning White IPA are favorites, and we’re always appreciative of the family-friendly atmosphere. portsmouthbrewery.com

If you have time, consider a jaunt to living history museum Strawbery Banke, where you can wander in and out of thirty-two Colonial homes decked out in period furniture from the eighteenth century through the World War I era. You can cover most of it in ninety minutes to two hours, and tickets allow you to return the next day. My son loves the house filled with antique toys that children can play with, and another corner store selling foods that were available during the time period when food was rationed. We visit the Rhode Island Red chickens (first bred in Little Compton, of course), and we also learn about the brewing history in Portsmouth, once an epicenter of the industry in the late-1800s in terms of both brewing and barrel making. By 1870, there were three major Portsmouth breweries, including Frank Jones Brewery, which was one of the largest in the country, producing 1,000 barrels a day. strawberybanke.org

Our last stop is Book and Bar, which is a used bookstore and craft beer, wine and coffee bar, all in one. While I order sandwiches and libations, including a draft from Left Hand Brewing for my hubby and a cold brew coffee for me, my son picks out a book from the affordably priced children’s section. Low and behold, he arrives wielding a Chris Van Allsburg tome, Two Bad Ants, which we read together while we wait for our food. The famous author lives in Rhode Island. It turns out, no matter where we go, we’re always finding connections to home. bookandbar.com

Drive time: Two hours
Miles: 226 round trip
How to get there: 95 N to NH-33 E in Portsmouth to exit 3, and drive to Summer Street
Best season to go: Fall, spring and summer
If you stay over: Sheraton Portsmouth Harborside Hotel The hotel is located downtown, within walking distance to shops, restaurants and attractions, plus there’s an indoor pool, on-site dining and it’s dog-friendly. 250 Market St., Portsmouth, N.H., 603-431-2300, sheratonportsmouth.com
Don’t Miss: Granite State Growler Tours
Hop onboard “Greta the Growler Getta,” the only craft brewery tour bus in New Hampshire that takes you to the best craft breweries and distilleries on the New Hampshire seacoast. 603-964-0284, nhbeerbus.com
Worth a detour:York’s Wild Kingdom
York, Maine, is only a fifteen-minute drive away, and this zoo is home to all kinds of exotic and barnyard animals, carnival rides, games and more. 1 Animal Park Rd., York, Maine, 207-363-4911, yorkswildkingdom.com
Closer to home:Trillium Beer Garden
One of Boston’s most popular breweries, pouring New England farmhouse style ales, just opened an outdoor beer garden on the Greenway not far from the original Fort Point location. Atlantic Avenue and High Street, Boston, Massachusetts, trilliumbeergarden.com 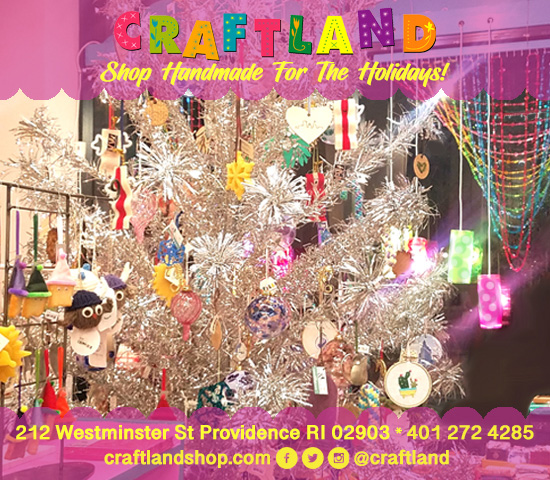