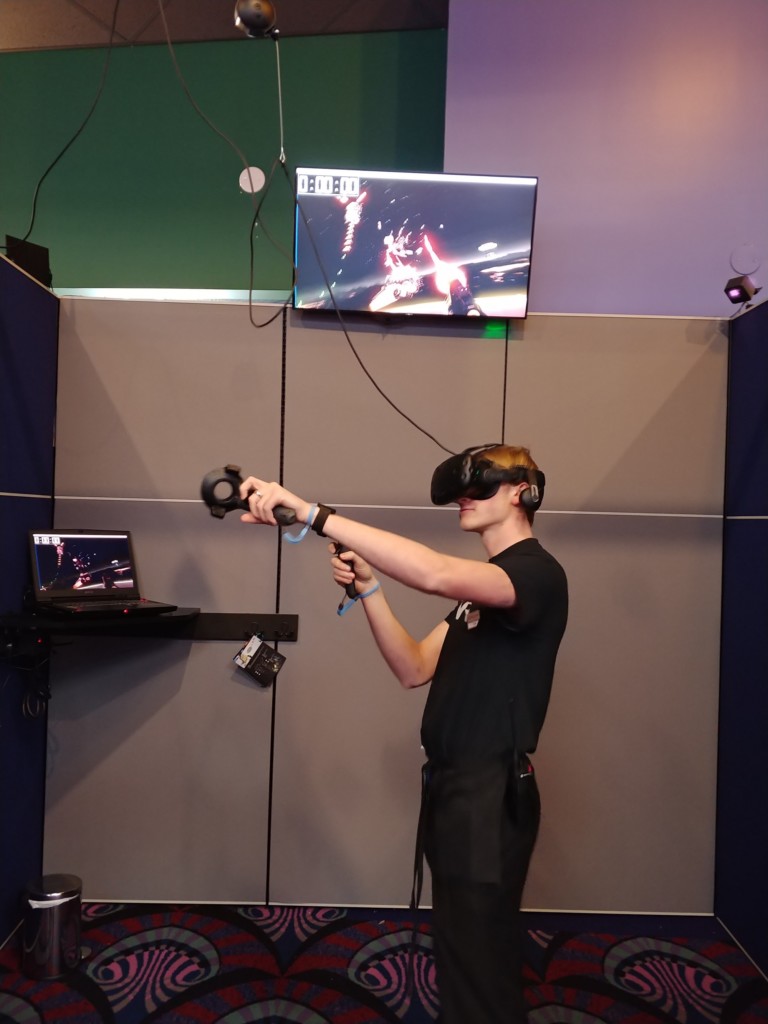 In a lot of ways, the Providence Place Showcase Cinemas 16 and IMAX is just like every other movie theater: the latest flicks, giant screens, cheery teenaged staff members and overpriced popcorn. But this theater experience isn’t just another trip to the movies. Not anymore.

Last Friday marked the grand opening of the theater’s new virtual reality (VR) arcade, put together through creative and dynamic usage of six cubicle VR systems available for play, known as the HTC Vive. The Vive involves professional grade virtual reality equipment that requires a top end gaming PC just to operate, and it offers the most immersive VR experience to date. To put it another way, this is not your basic smartphone-VR setup; the gaming pods have not only motion sensing capabilities, but also spatial tracking (you move in real life to move in game) and a virtual barrier that keeps you from banging into the surrounding walls. So step inside one of the eight-by-eight cubicles, strap on your headset, grab onto to your controllers, open your eyes, and – poof – you’re now in the world of VR. 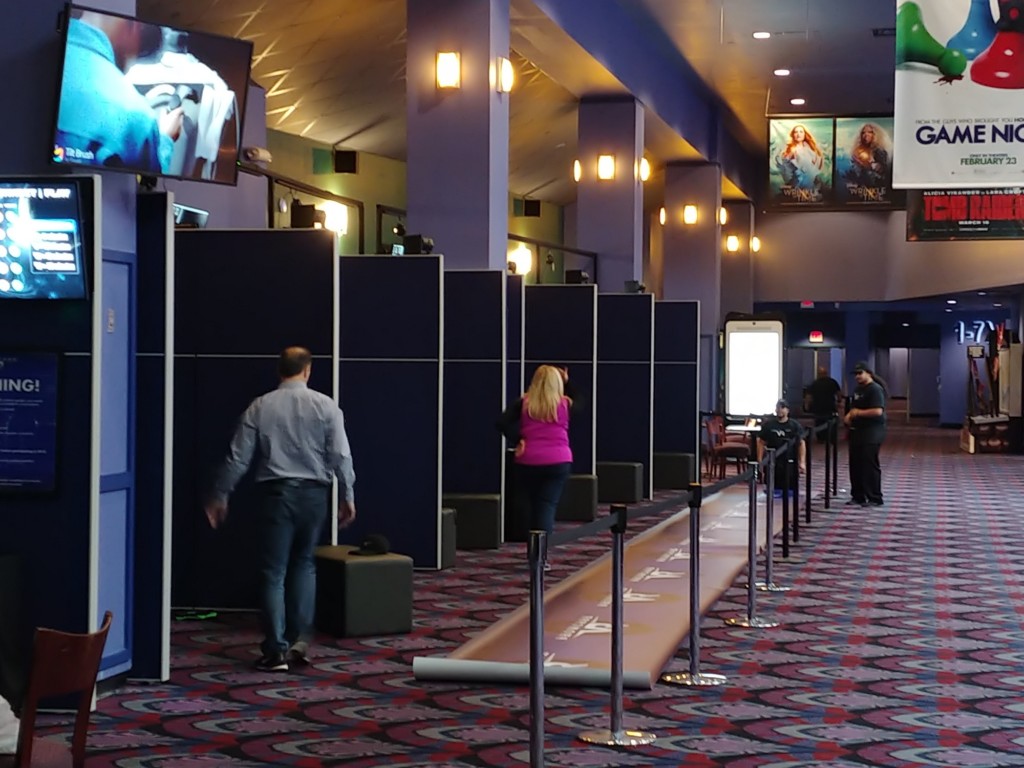 The virtual reality arcade at Showcase Cinemas 16 and IMAX at Providence Place. Photos by Daniel Araujo.

But what’s it like once you get there? Well, they say a picture’s worth a thousand words, which can be a lot of pressure for someone writing about the picture. Now imagine the impossibility of accurately capturing an image that jumps off the screen and totally surrounds you until you’re literally in the picture. This actually happens at the Showcase VR through the use of the game “Tilt Brush” in which players draw (or perhaps sculpt is more accurate) 3D images out of thin air. Imagine that, rather than painting on a canvas, you jump into the canvas and bring your imagination to life in 3D using any color or texture imaginable.

If that sounds beyond your artistic ability, don’t worry; there’s plenty of flavors of fun to be had. There are twelve different games that offer various experiences. For instance, one concept that has become quite popular in the VR industry is the classic survival game where you’re armed with some sort of weapon to wield against constantly charging enemies until you’ve fallen in defeat. Showcase offers two such games: Raw Data and Space Pirate Trainer. If this genre sounds a bit tired to you (especially if you’ve been playing them since Galaga c.1981), then trust me, you’ve never tried it like this. At the risk of sounding cliché, it really is like you’re actually there. There’s something about the feeling of when the severed torso of a humanoid robot jumps at you with open jaws and flashing red eyes that words can’t quite seem to capture; I guess you could call it fear, but fear’s just never felt like this much fun.

Showcase offers ten virtual reality games including a take on ping-pong, a speed-skating parkour fusion, a lighthearted “Job Simulator,” a supersized fruit ninja and more. The cost to play is $5 for five minutes, $8 for ten minutes and $15 for thirty minutes. Visit showcasecinemas.com/showcasevr for more information.

The Scoop on Westerly Sound