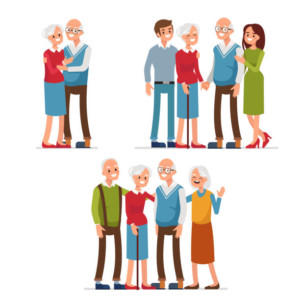 Born out the need to help others as they transition into elder care and have their needs met more often, several local businesses are joining together to sponsor a Cornhole Tournament to raise awareness and funds for their organization.

Their elimination tournament event takes place on Thursday, September 12, at The Anchor Bay at Pocasset, 12 Old Pocasset Lane, Johnston. The festivities begin with food and drinks at 4:30 p.m. followed by the tournament at 5:30 p.m. Raffles, gift baskets and other activities will take place as they hope to raise further awareness of this group. This event is being sponsored by The Bridge at Cherry Hill in Johnston, Gentry Moving and Storage in Cranston and Anchor Bay at Pocasset.

Proceeds from this endeavor will benefit TLC4LTC, a not-for-profit organization whose intention is to provide joy and compassion to residents and staff of our skilled nursing facilities by fulfilling a special wish/need that they may have.

Jen Burns, Sales Manager at The Bridge at Cherry Hill, said the opportunity to not only get the word out about TLC4LTC while mentioning the efforts of those who help senior citizens is a continuous demand. She said while she and her group do its part to bring awareness to this topic, more work needs to be done.

“Senior citizens are often a forgotten group,” she said. The Bridge is an all-encompassing facility aiding senior citizen at various stages of their physical and mental well-being. “For those seniors who are living in assisted living facilities, they may not have family close to them, have anyone come to visit or take them out for lunch or for some other activity. This group gives them some comfort and feeling wanted.”

Lisa Ferreira, Director of Purchasing for the Providence-based Health Concepts, Ltd., said TLC4LTC works to grant wishes to patients who are nearing the end stages of their lives. Their reach is statewide and the hope for the group is giving the people who request something to fulfill their dream, she said.

“Our group has already granted four wishes to caregivers and patients,” said Ferreira, who credits Pam Marchetti with spearheading the group. “We had one resident who wanted to attend a Boston Red Sox Baseball game. We had one person get their life back together after a fire destroyed their home. A third person received day care for their child after their mother passed away unexpectedly. The child’s grandmother was caring for the child at the time. We are working on a fourth member who wants a motorcycle with a side car and play golf.”

As Ferreira mentioned, Marchetti started the group after battling breast cancer. She was impressed by the attention to care she received from her caregivers and other people. Because of those efforts, Marchetti started the TLC4LTC as a way to give back to those people helping others. The group began several years ago and has since received a 503 (c) non-profit organization designation.

TLC4LTC holds two other fundraisers in addition to the upcoming tournament. They host a wine tasting during the spring and coming up in November, they will put on a Lip Sync Battle that takes place at Twin River Event Center in Lincoln. That event will happen on Thursday, November 7, from 5 p.m. to 10 p.m.

Ferreira said she met Burns about the opportunity to promote their cause. Along with Gentry President Christine Crum and Anchor Bay Marketing Manager Tracy Cale, they decided that the popularity of hosting an elimination tournament would be both fun and educational. She added that the initial idea of helping others—particularly seniors—appealed to the trio.

“Many of these people are at the end stages of their lives,” Ferreira said. “They are looking to have that one last trip or one last memory of something or some place that is special to them. We are in the service of making that happen for them.”

Cornhole Tournament Tickets are $40 for a team of two, $25 for a single entrant and a suggested donation of $5 to watch the action. Event organizers are looking for individuals and local businesses to become sponsors, which start at $100. Sponsors receive event recognition.

Further details can be found by contacting Jen Burns at The Bridge at Cherry Hill. She can be reached either by calling 401-529-6854 or by email at jjburns@centurypa.com. Gift baskets and other donations may be sent to Tracy Cale at Anchor Bay at Pocasset. She may be reached at 401-421-6610 or at dsm2@anchorbaypocasset.com