En Garde with the RI Fencing Academy and Club

The sport was born of bloody duels. 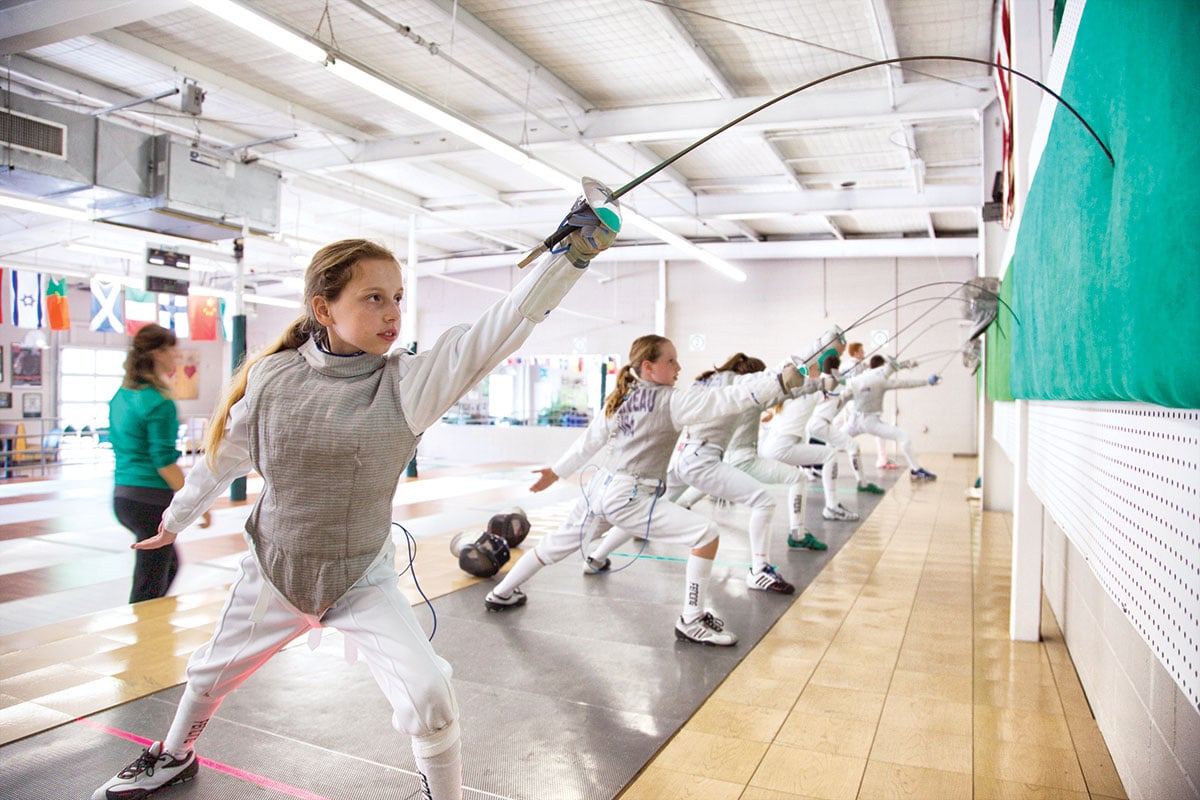 It might be a day like any other in East Providence, but at the Rhode Island Fencing Academy and Club (RIFAC), it’s Lord of the Rings tournament day. “Alright, so you guys are the dwarves, we have some wizards and rangers here, and some hobbits and elves,” says Alex Ripa to a group of kids donning all white kits. After being sorted into their respective fantasy creature groups, they are hooked up to electric lines and start charging each other with their foils (fencing swords) in a series of bouts in a grand battle for middle Earth. While today is all fun and games, RIFAC is a formidable fencing club, guiding local fencers to victory around the world. Started twenty-three years ago by Alex, today he runs the academy alongside his wife, Jill, a team of professional coaches and with the aid of experienced fencers who help teach the newbies the ways of this elegant, and often misunderstood, sport. “I’m amazed at how little people know about fencing,” Alex says. “We had a student ask if we could do a demo at his school, and the school told us we couldn’t because it’s too violent. Football is way more violent.” Though fencing was born of bloody duels, today it is a sport that often attracts kids who might not be into ball sports. The Ripas not only encourage a fun physical activity, they also promote self-exploration and mental astuteness. “Parents hear about us and what great experiences other children have had,” says Jill. “I think that’s what’s special here. We get a lot of people that aren’t attracted to traditional sports or who had a bad experience, but they are amazing people.” Alex adds, “And amazing athletes!” rifac.com