Bulldogs, pugs and Labradors donned flower collars, tutus and daffy decorations as they made their way to Queen Anne Square.

This weekend, spring officially came to Newport in a million shades of yellow. The Daffodil Days Festival began last Friday with an opening ceremony, live music and spring-themed activities throughout the night.

On Saturday, pooches paraded from the Black Dog at the end of Bannister’s Wharf. Bulldogs, pugs and Labradors donned flower collars, tutus and daffy decorations as they made their way to Queen Anne Square.

This is the second year that the dog parade has been a part of Daffodil Days. Stephanie Busko, owner of Brahmin handbag store on the wharf, conceived the idea to kickstart the weekend as part of the committee. She took photos of the competition as the dogs gathered, wearing a giant yellow daffodil hat on her head.

“We need it this time of year before the tourists season begins,” Busko says.

She stood with fellow committee member John Herschboeck, who waited by his bicycle with a basket full of daffodils. 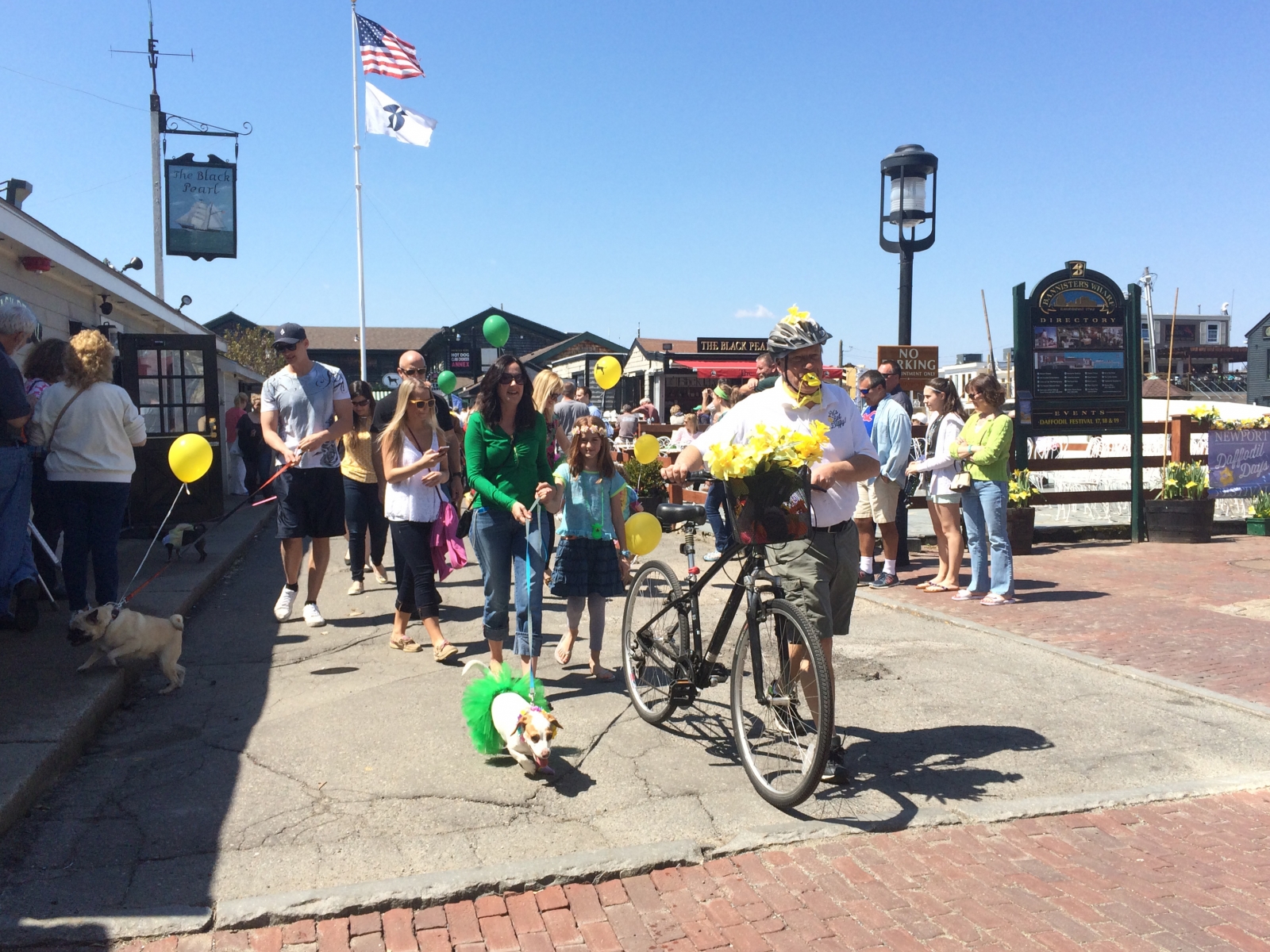 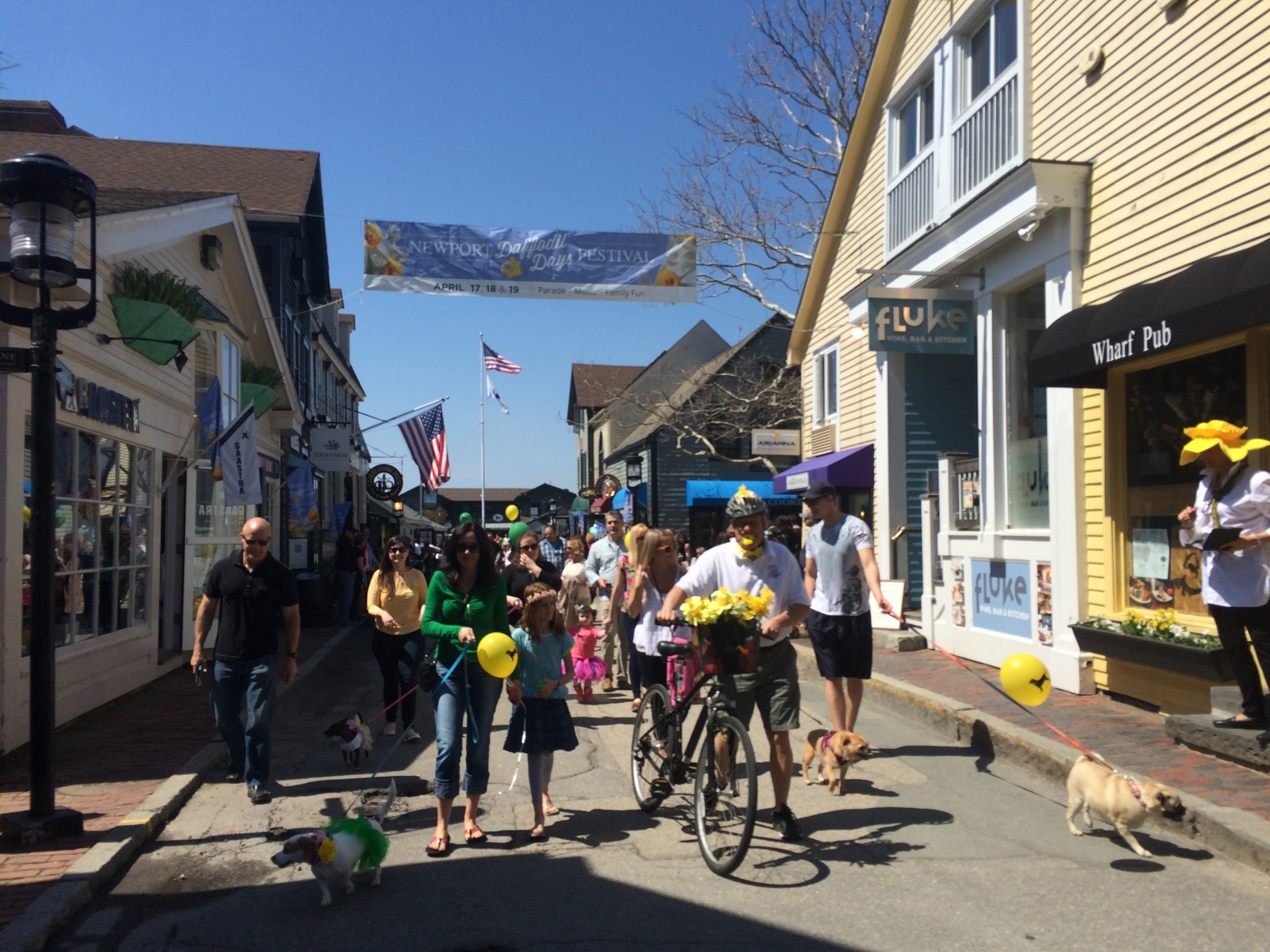 “He’s just about the daffiest guy I know,” Busko says.

Herschboeck lead the parade on a bicycle with a yellow duck call in his mouth to hold the crowd's attention.

“It’s in celebration of the arrival of spring,” Herschenbock says.

This event was sponsored by Wag Nation and the Black Dog. Pooches filled Queen Anne Square by the end, and the daffiest dog was declared the winner. 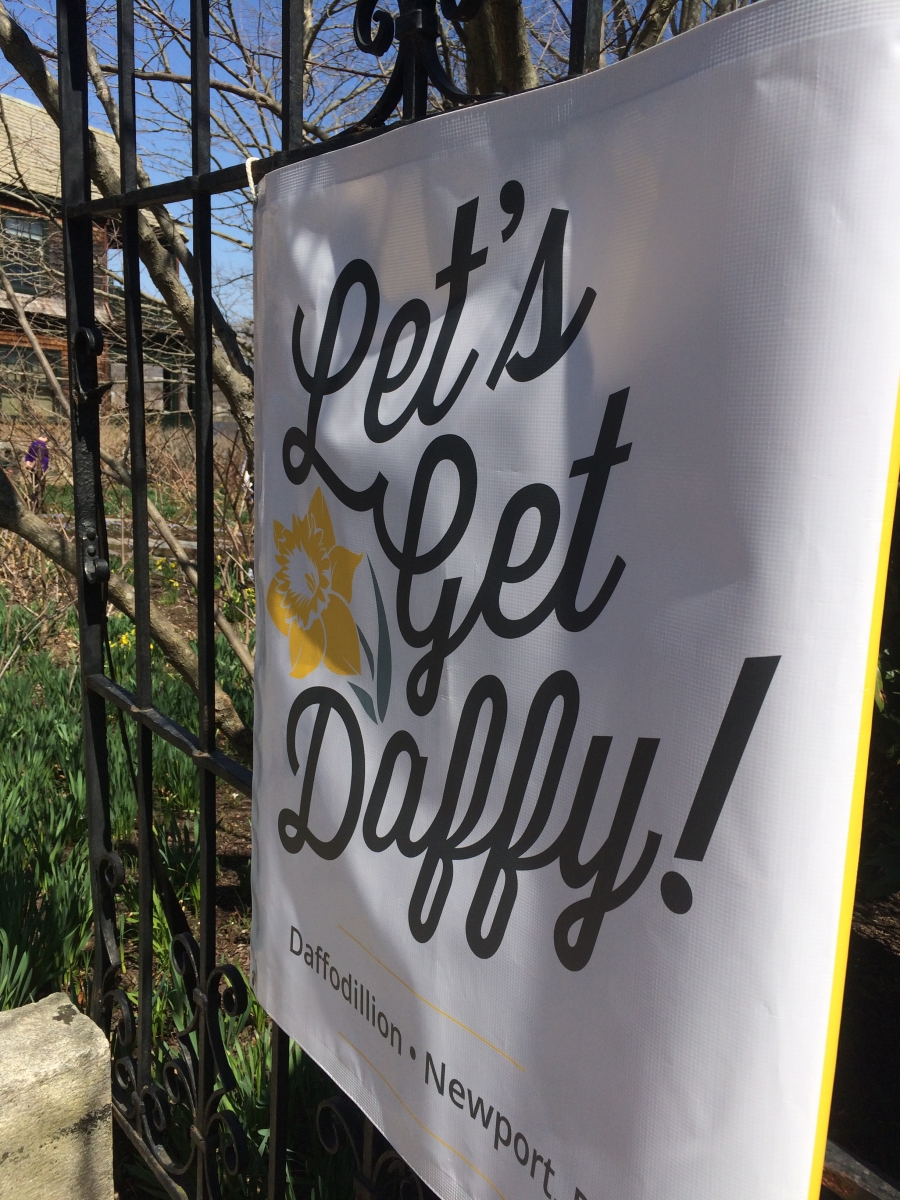