A three-dimensional environment elevates the emotional story, filled with art, incredible music and dance and appreciation for African cultures.

You may think you know the story of Disney's The Lion King, but you haven't truly seen it until you've experienced the musical stage adaptation. The entire performance is miraculous – from the intricate African costumes and masks to the menagerie of twenty-five different animals and colorful puppets that fill the stage and aisles. A three-dimensional environment elevates the emotional story, filled with art, incredible music and dance and appreciation for African cultures.

The audience is entertained throughout the entire show as humans transform into beasts in elaborate costumes that emphasize strong physique. Gazelles leap and bound with grace, lions stalk across the stage and hyenas stagger and roll just as they would during an African safari. We can always see the human expressions of the actors, as their faces are revealed below masks, and puppets are designed to integrate the human body's powerful shoulders and thighs with its animal counterpart so both entities blend as one. It's a beautiful thing to watch as an elegant cheetah mechanizes the head and front paws of the animal on human legs while stilt-walkers perch atop eighteen-foot exotic giraffes.

The dance numbers incorporate many different genres, including African, modern, ballet and even hip-hop, which was very popular in the '90s when the film was first created. The rhythmic group movements and catchy music make you forget the real world for awhile, which is really the point of good theater, isn't it? 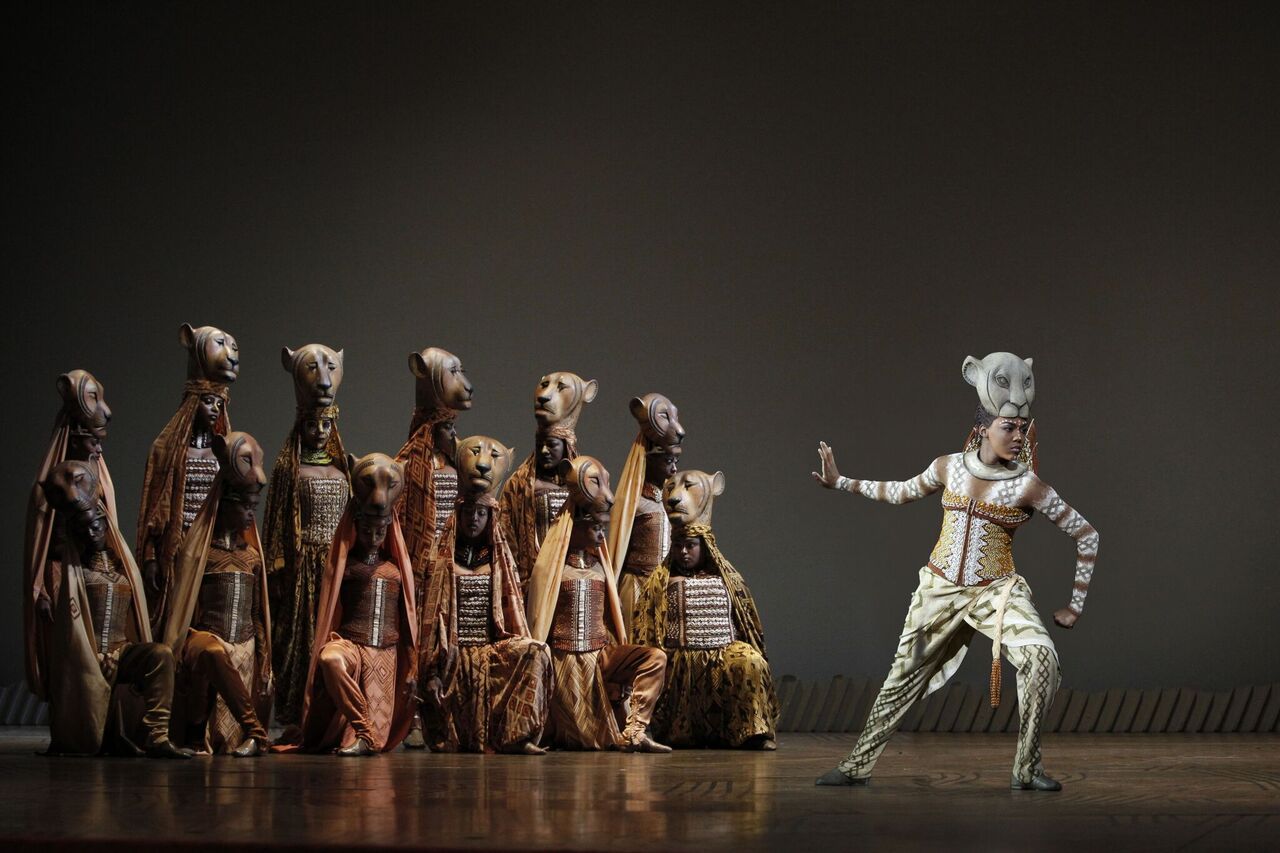 The musical's stage effects are also magical. Methods of shadow puppetry, holograms and special lighting turn the theater into a demonstration of the future capabilities for live performance. Even Pride Rock mesmerizes as it moves across the stage on its own. A black backdrop with twinkling lights mimics a perfectly clear night sky. The audience is wowed during a wildebeest stampede when thousands of racing animals torment the stage using a special effect on a canvas scroll coupled with dancers sporting huge masks. We see a young Simba methodologically dart between dancers as his father, Mufasa, races in to save him.

In perhaps the most emotional moment of the musical – a scene that brought tears to my eyes both as a kid and now as an adult in a theater seat – we see poor Simba take blame for his father's demise, even though we all know it was Scar's doing. The scene is even more distressing in live theater, but before you know it, you're uplifted again by the introduction of two comedians, Timon and Pumbaa. There's no time to be sad when "Hakuna Matata" takes the stage.

The pair provides comic relief throughout the show, along with the humorous Rafiki and Zazu, while Scar and the hyenas go to the dark side (actually, some of the hyenas are pretty silly too). There's the battle of good versus evil, just like in nature; it's the Circle of Life. 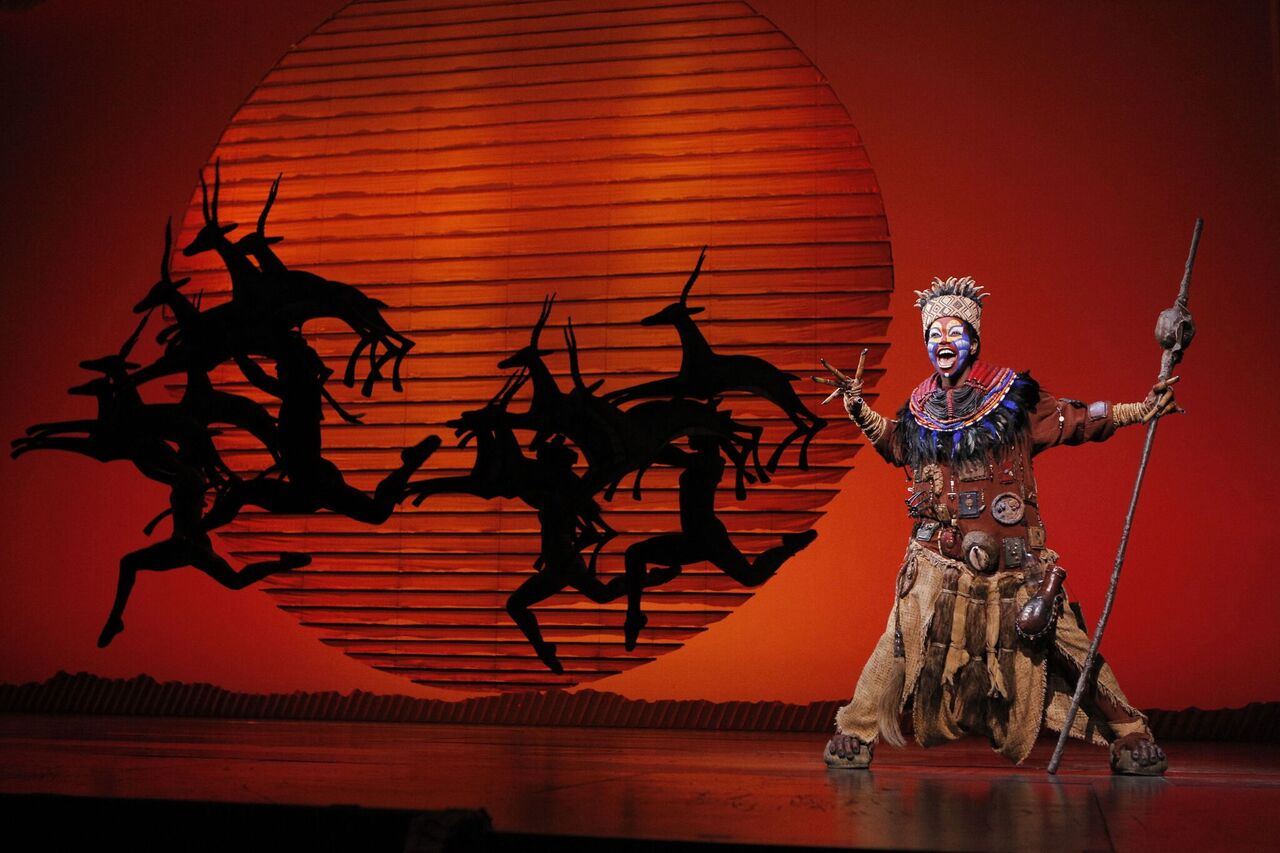 While some might think The Lion King is a kid's show, this musical is seriously a performance for all. Adults can appreciate the beautiful set design, phenomenal music and costumes and more, while the kids will find humor in everything from a clumsy hyena to Pumbaa's fart jokes.

In fact, a little girl seated next to me was so enthralled by the show, she said, "That was so amazing. You have to write everything."

But words don't do it justice. You have to see it to believe it.