The Pawtuxet Village craft cocktail bar is co-owned by John Richard, of the Avery, and first-time bar owner Doug Palmieri. 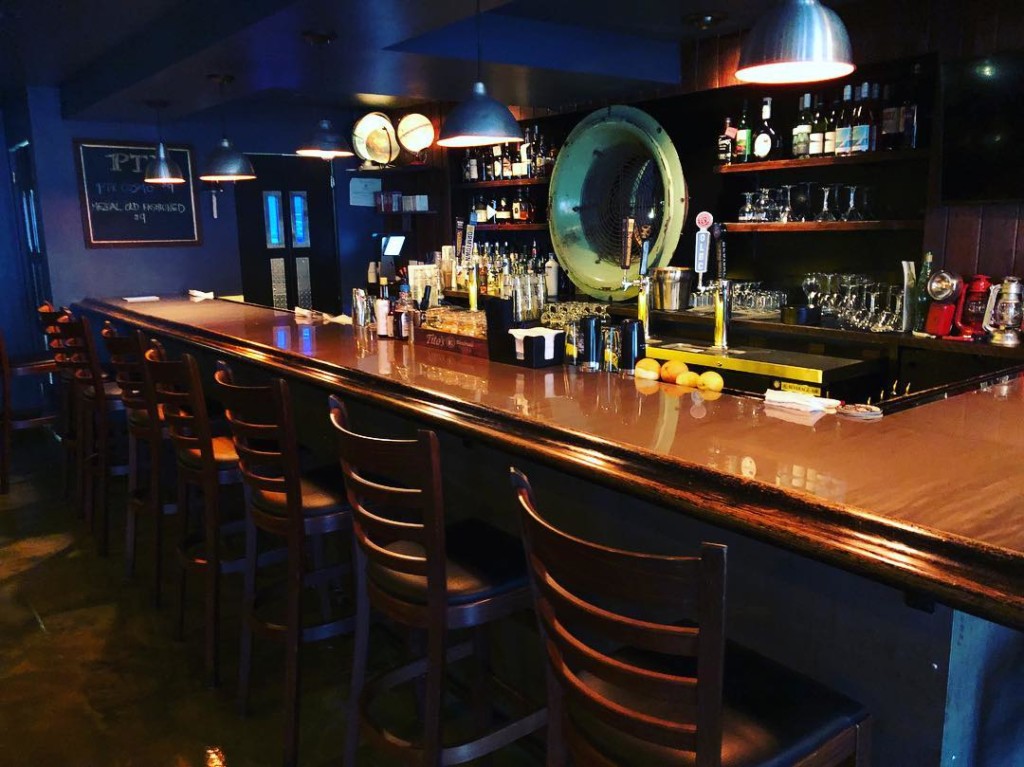 It takes a village to open a bar, and it turns out Pawtuxet Village is the perfect place for it. PTX Lounge craft cocktail bar is co-owned by John Richard, of the Avery, and first-time bar owner Doug Palmieri, who is also a radio co-host on Coast 93.3. PTX Lounge – an abbreviation of Pawtuxet like PVD is to Providence – opened inside the former Jacky Boy and Powers Pub space.

It’s only been open for a week and a half, but the neighborhood is excited. “We had a number of people peeking in every day asking what we were doing, and when we were opening,” says Richard. “I think the hunger for a spot down here to be open is huge.”

Richard and Palmieri first met at Lupo’s and Jerky’s, when Palmieri was doing radio part-time and bartending at night. “Doug got me my first bartending gig at Jerky’s and Babyhead, and we worked together at Lupo’s,” Richard says. They talked about opening a bar together nearly two decades ago, but it never came to fruition. But it’s never too late to start a new project.

The Pawtuxet Village space became available, and Richard approached Palmieri. “We said let’s do it,” Palmieri says. “After seeing what he did with the Avery and how great a bar it is, it was a no brainer.”

The spot was cleaned out and then redesigned by Kyla Coburn, who took its proximity to the water as inspiration. PTX Lounge has an underwater atmosphere, like you’re submerged in a submarine or on a ship in the middle of the ocean. A deconstructed kayak on the left wall looks like an aesthetically pleasing shipwreck, while a giant round part of a ship serves as a conversation piece behind the bar. 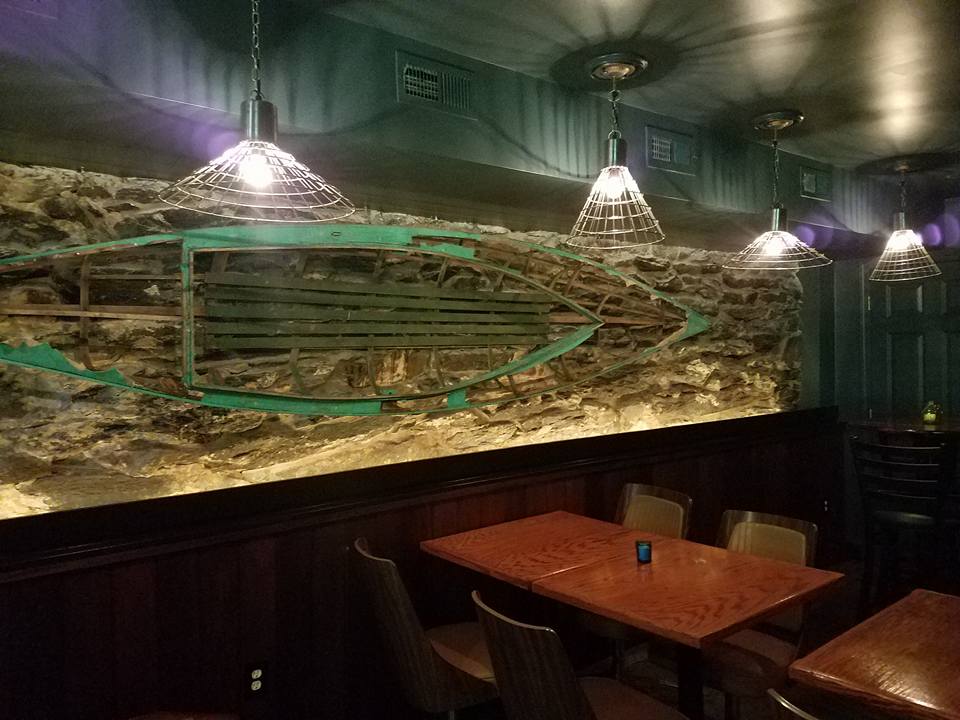 The design at PTX Lounge.

There’s a lot of vintage nautical art on the dark, wood-paneled walls, including salty fishermen, ship models and seagulls. A porthole infinity mirror hangs in the bathroom, which makes for fun Instagramming. But the best part is the hand-painted constellations mural on the ceiling, which may or may not help guide you back home after a long evening spent by the bar. 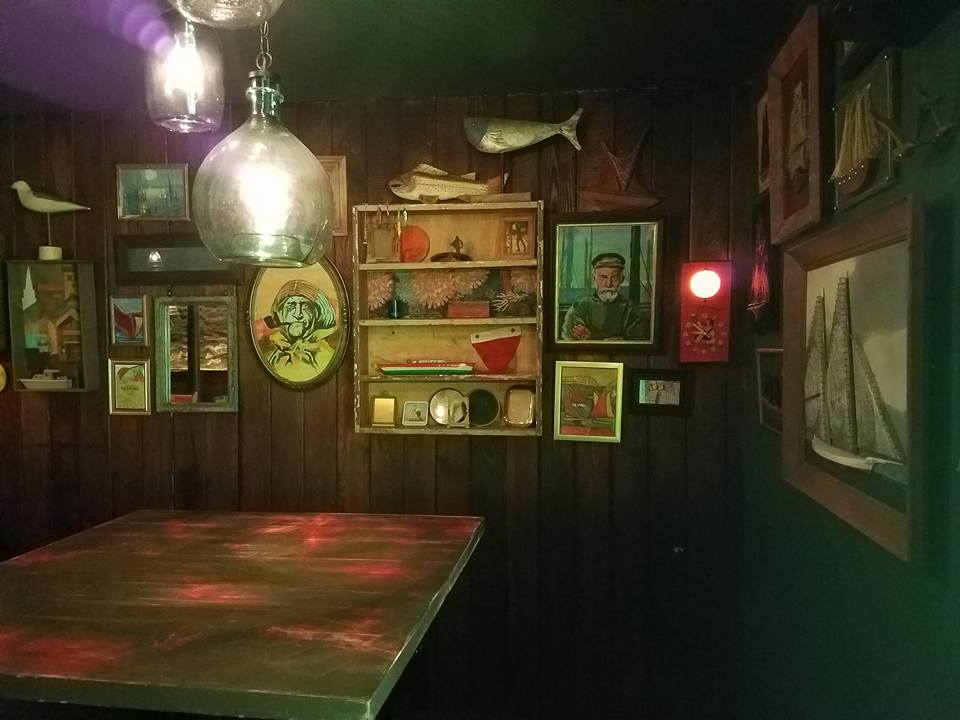 The interior of PTX Lounge.

Now that’s it open, the partners hope to fill the bar with a good crowd of both locals and visitors. “It’s a great neighborhood,” says Richard. “And the whole thing with what we do: It’s the third place in people’s lives. There’s home, there’s work, and then there’s that place where you socialize.”

The drink menu includes a few house specialties like the PTX Cosmo, made with fresh grapefruit juice, as well as classic cocktails and six draft beers, including Revival, Wormtown and Founders among others. There’s also an assortment of sipping rums, which plays along with the nautical theme.

The bar doesn’t have a kitchen or refrigeration, so they are offering small snacks like Spanish and Portuguese tinned fish, including pickled mussels and calamari. The goal is to offer charcuterie from Gastros and Newport Jerky as options soon, too.

For the first time, Richard’s also allowing what he calls an “anomaly,” a black screen behind the bar. “This is a sports hungry little area. I think we would be hurt by not having it,” he says. “It’s not always on, and there’s no sound. But right now, the Celtics are still in the playoffs, then there’s Sox vs. Yankees games. It just makes sense to have it.”

Richard and Palmieri are confident about curating a craft cocktail scene in Pawtuxet Village, though they are happy to offer usual classics that people ask for. And the owners are not opposed to people bringing in their own pizza. “We’re trying to bring that bar program from the Avery down to the neighborhood, and find a happy medium between what we want to do and what the neighborhood will support,” he says. “We want to raise the game down here a little bit.” 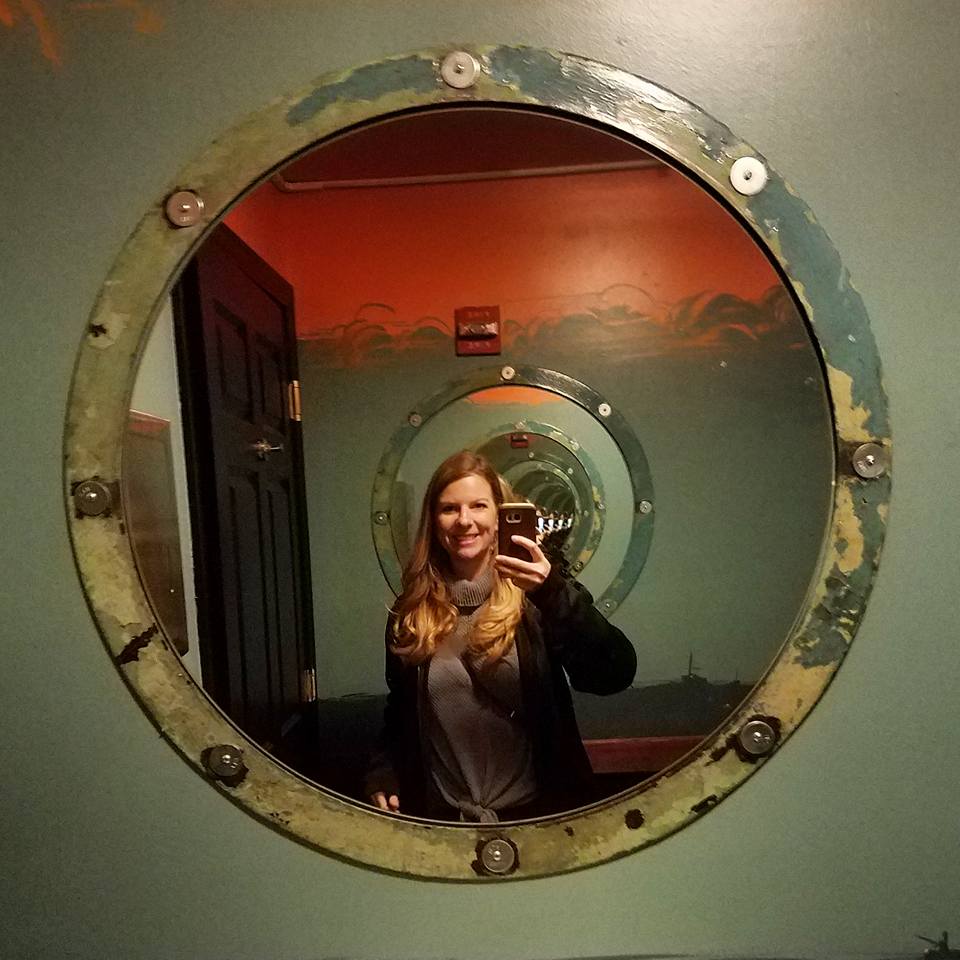