Delekta’s to Stop Pharmacy Side of the Business

The old-fashioned pharmacy has decided to discontinue doling out prescriptions, but you can still get your coffee cabinet fix starting tomorrow. 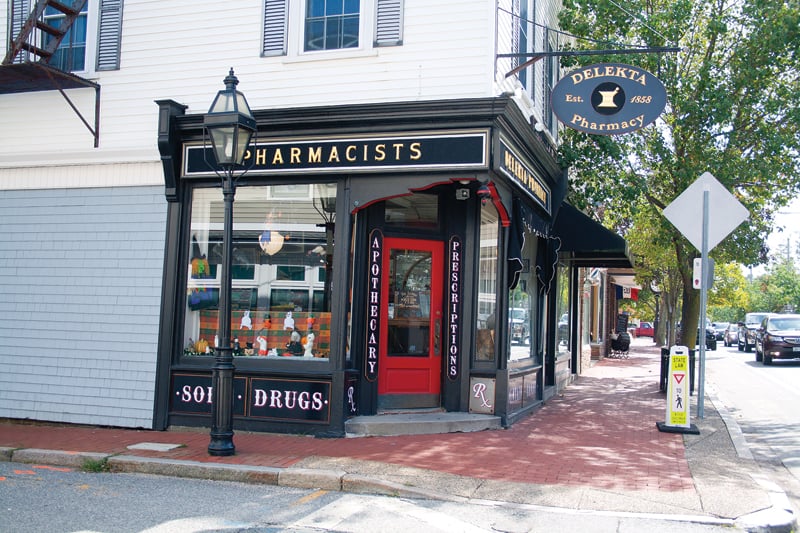 Yesterday, we got some jarring news via Delekta’s Pharmacy’s Facebook page: As of today, Wednesday, April 26, the business will close and no longer fill prescriptions, but it will reopen tomorrow, and continue the ice cream side of the business. It’s the end of an era in Warren, Rhode Island, where residents and visitors were able to get their medicine with a side of ice cream (preferably, a coffee cabinet) for more than a century.

Delekta’s is famous for the coffee cabinet, but people also relied on it for medical advice and care since 1858. It is one of the last of its type in Rhode Island, a family-owned pharmacy and soda fountain combined in one location. Thankfully, there’s also the new Green Line Apothecary that opened in 2016 in Wakefield, but no place else has Delekta’s history (Read a 2003 Rhode Island Monthly article, “Whole Lotta Shaking Going On,” to get a sense of that history.)

We are thankful we will still be able to enjoy our favorite Rhode Island specialty, the coffee cabinet, at Delekta’s Pharmacy again starting tomorrow, April 27, but it will be served with a side of melancholy as the original function of the business has come to an end.

Take a look at some of the nostalgic stories and messages on Delekta’s Facebook page to understand what the pharmacy means to Rhode Islanders.

One of the best notes comes from David Peecher: “Best wishes on this new chapter for a legendary Warren institution! When I was young, we lived next door to the Delekta’s. I remember many times being sick and my mom called Iggy at the pharmacy. He would deliver my medicine to the door after work. Super family and super employee family! It’s been a long time since I was home, but I still can see all the Delekta men and Mrs. Lowney behind the counter.”