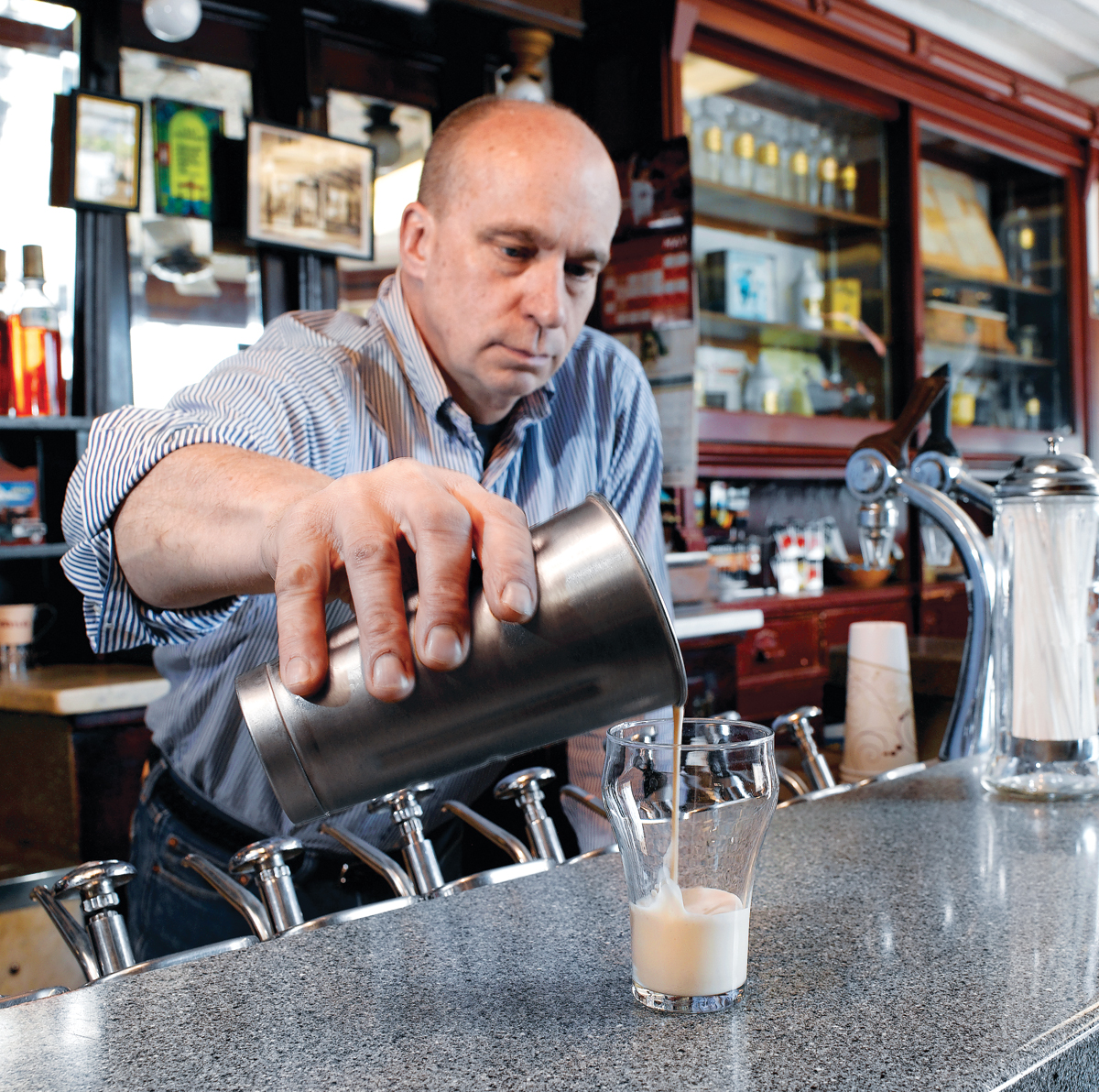 Eric Delekta grabs a metal canister, squirts housemade coffee syrup in it, pours in milk and adds coffee ice cream. He attaches the canister to the mixer and gives it a whirl. The ingredients blend into a frothy, thick coffee cabinet that’s served in a soda fountain glass at the stand-up counter. Times are changing at Delekta’s in Warren. The pharmacy side of the business was recently retired to focus mainly on ice cream — coffee cabinets and other flavors. “Filling prescriptions was no longer feasible because of insurance companies and lack of reimbursements,” Eric says. The building had been a pharmacy since 1858. His grandfather took ownership in the 1940s, and Eric started working there in 1988. Century-old bottles of tinctures and medicines and old photographs still line the walls at Delekta’s. He’s refilling shelves with other products and gifts while making 200 to 300 cabinets a week during summer. “Hopefully I’ll be here for quite a while,” he says.