The bar is bringing back the idea of a social club, but more inclusive. 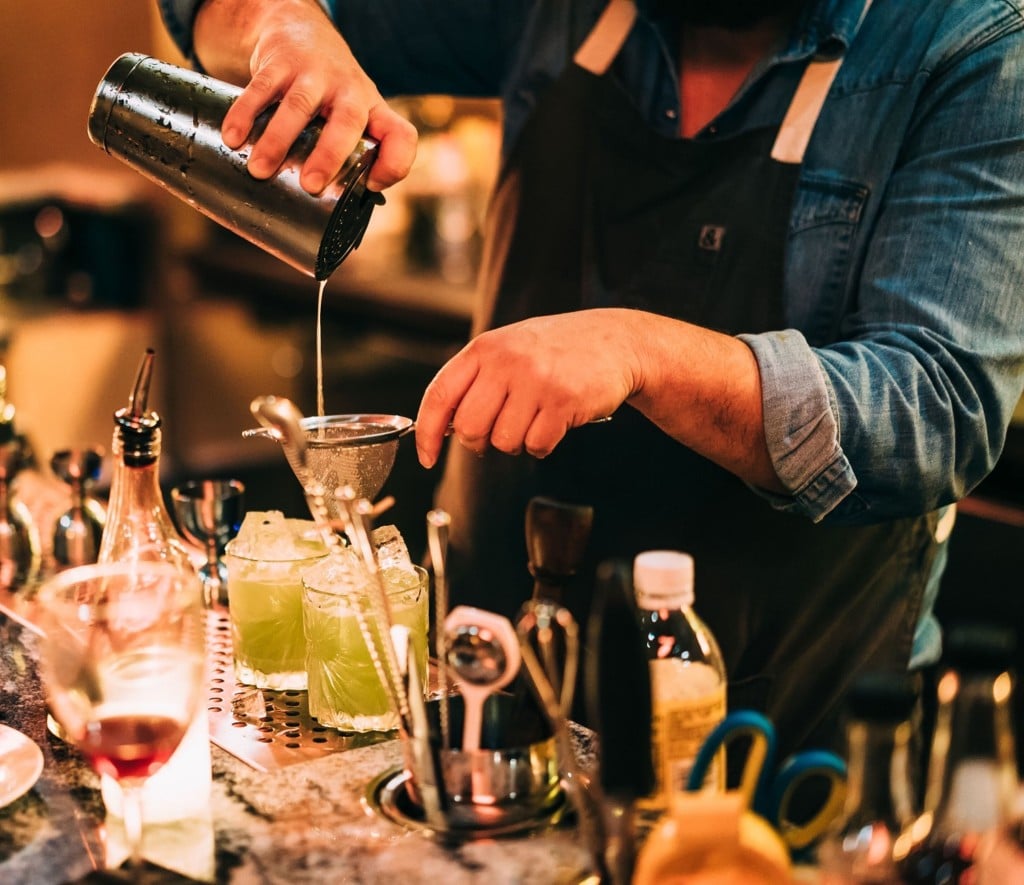 The bar at Courtland Club. Photo by Justin Block Photography.

Rhode Islanders have always been obsessed with where places used to be. And the West Side’s newest bar, Courtland Club, is one of those places that used to be. In the late-‘20s and early-‘30s, it was Crugnale Bakery, famous for its pizza strips, and in the 1940’s, it evolved into several variations of Italian social clubs where men gathered over drinks and common bonds. The two ovens from its former life as a bakery are preserved as ornamental details along the bar’s back brick walls. 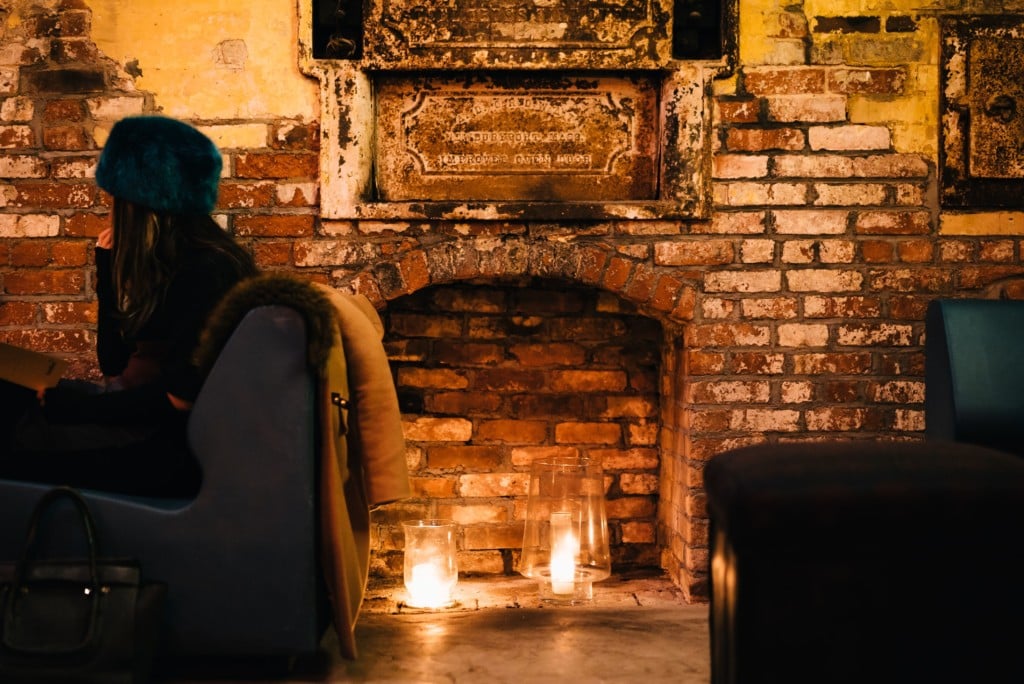 Courtland Club is a playful spin on the idea of a social club, but more inclusive. Founder and director Jason Shechtman, and bartender, Jesse Hedberg, want it to be more about community and getting to know their customers. Shechtman has a background in residential real estate development, but when he saw this property for sale and learned about its elaborate history, he thought it should be something more. “It would have been easy to make it into another apartment,” Shechtman says. “As things developed, it seemed like the best thing to do here is a new version of what it used to be.”

The front of the building has an updated façade but there’s no sign to disclose what goes on behind its door. While the social club’s goal is not exclusivity, you do have to be in the know to know what’s there in the first place. Those who have access to the door code can tap it into the keypad, while others might just try turning the knob. “If people show up, they can figure out a way to get in,” Shechtman says. 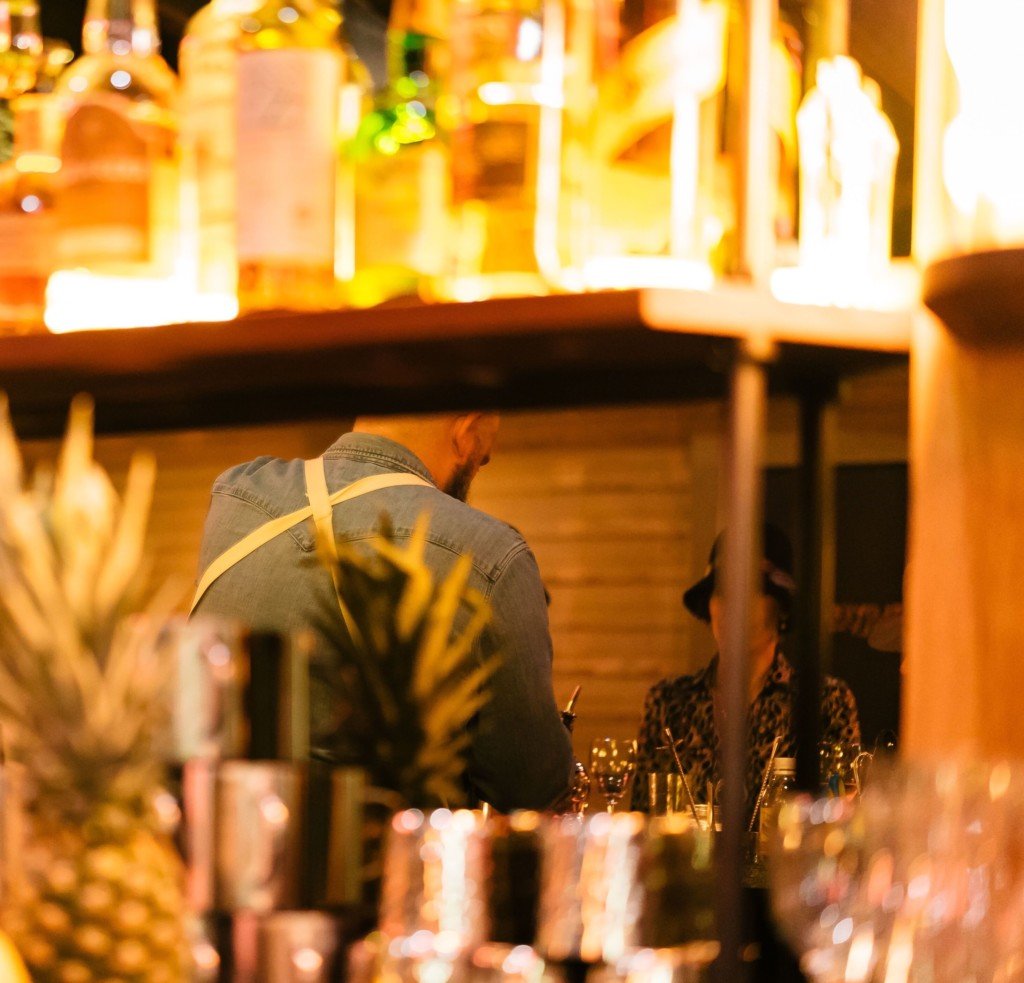 Once inside the door, patrons realize this isn’t some dive bar. The atmosphere is special – from the vintage glassware procured at antique shops and flea markets to the black and white scenes projected on the walls – it’s got a dark and mysterious vibe that later distills into camaraderie.

There is a membership involved with Courtland Club, but it’s similar to a museum membership, where members gain benefits like reservation privileges and first dibs on special events. An annual membership costs $100, though you do not need to be a member to get into the bar. There’s also a wall of twelve lockers and people can purchase one to store a special bottle, similar to the steakhouse model. “It’s about the heritage of social clubs and the history of the building and really, providing the experience for people,” Shechtman says. “We are trying to do a hospitality forward business here where everyone feels very welcome.”

Hedberg considers the membership as a way for guests to take ownership of the bar. “The membership gives a sense that everybody is a part of it,” he says. “It’s not about keeping out, it’s really about welcoming people in.”

The cocktails at Courtland Club focus on pure flavors rather than fanfare, and they stock special craft beers and wines by the glass and bottle. The bar uses the best possible spirits and highlights them with simple accents. “I have gone a slightly different route with a lot of the drinks this time around than I have in the past,” Hedberg says. “I’m more focused on simplicity and bright pure flavors as opposed to a mashup of weird flavors.”

The presentation of the drinks involves a bit of pomp and circumstance, however. The Japanese Julep is mixed with Japanese whiskey and shiso leaf, instead of traditional bourbon and mint, and it’s served in a silver cup with a gold metallic doily as a coaster. Courtland Club’s Pignoli Colada is a play on the well-known cocktail using pine nut and apple in place of pineapple for a nuttier take on the drink. “Our colada is inspired by the pina colada at the Ocean Mist, which…is served with whipped cream and cherry,” Hedberg says. “But it’s really incredible when you sit on the porch and have that.”

Riffs on classics is what Courtland Club is all about. And fun details are everywhere, including a glass bottle shaped like a high heel that pours beet juice into the Mother Theresa cocktail with mezcal and cassis. Even the kitchen transforms the usual into something special. Menu items like stuffed littlenecks, chicken liver pate and crudite and the cast-iron cookie are jazzed up versions that bring something different to the table.

“The idea behind the whole place is new ways of doing time-tested things,” Shechtman says. “Through ingredient choice and presentation and subtle flavor profile changes, we have found ways to reintroduce them as our own.”