This New Bedford restaurant is like a federal fortress taken over by hungry Italians.

Maybe Rhode Islanders shouldn’t eat across state boundaries. The trek from Providence to Newport contains ample culinary adventures and none more abundant than the many incarnations of Italian cuisine. So why meander into New Bedford to test the parmesan-laced waters? Consider geography. The port town is about as far from Providence as Coventry and shares some substantive urban history with the capital. Once a lucrative business town that fell hard, New Bedford is in its second coming: a resurrected waterfront city that’s building itself back up by way of food and a refurbished old world charm. It’s a story that Rhode Islanders know well, because we’ve lived it.

Nowhere is this tale more adroitly told than through the local architecture, which communicates American history more vividly than textbook or film. As Rhode Island conveys its own legends in Colonial houses, New Bedford asserts its whaling past in every corner of the Rodman Candleworks building, an early nineteenth century factory devoted to whale oil candles and current home to Carmine’s Italian Ristorante. 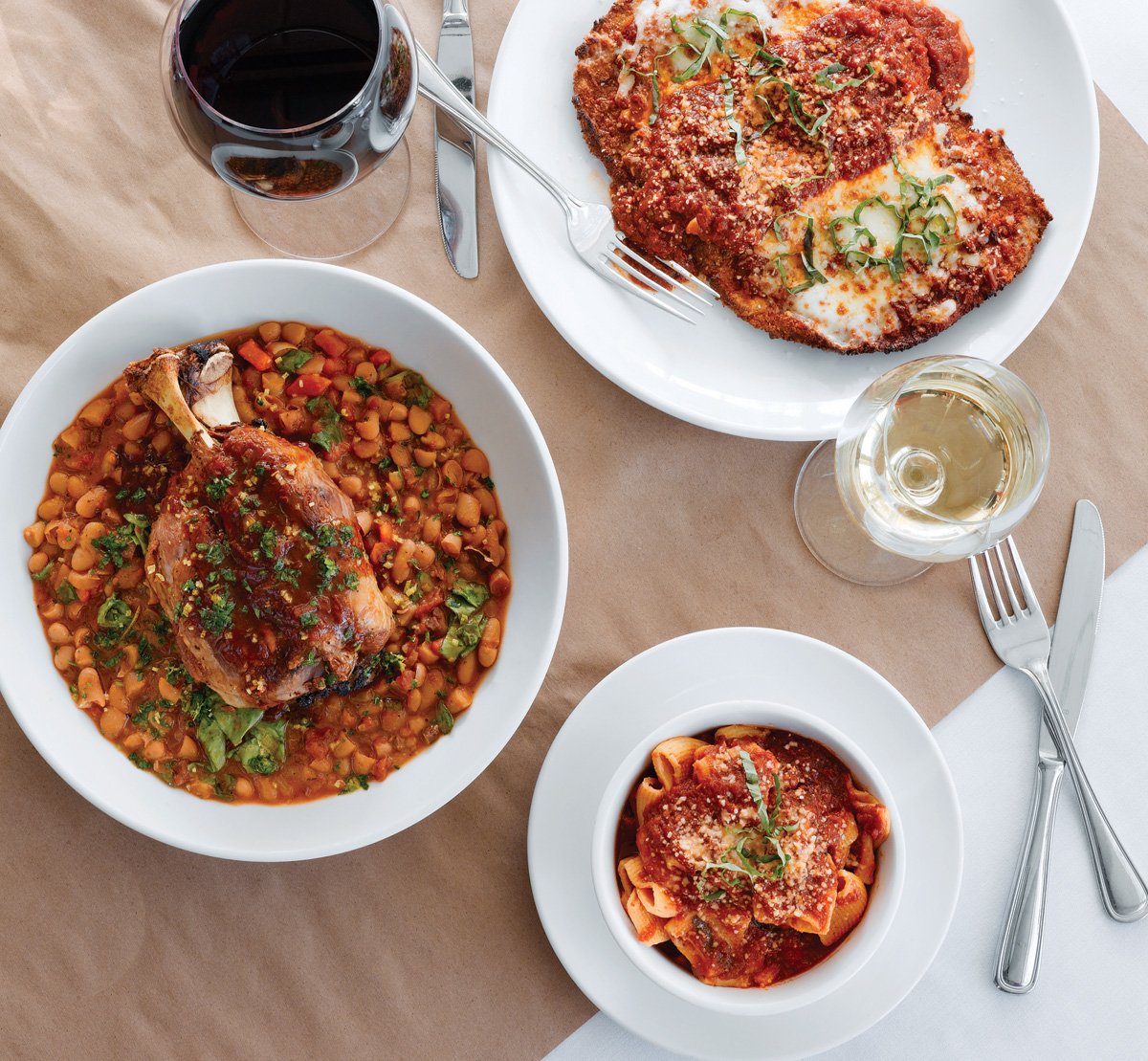 If there’s a disconnect between the substantive stone walls and gleaming plates of pasta, it’s superficial. These are immigrant stories — British settlers looking for opportunity through manufacturing and Italian-Americans making their mark with San Marzano tomatoes and hunks of Parmigiano-Reggiano. It’s an enviable piece of real estate, near the waterfront with an outdoor terrace and patio. But even in warm weather, it’s the central dining room that narrates a centuries-old journey to American shores. Massive wooden beams and fortress-thick walls are punctuated by a sliding red door, orange bar and bottles of crimson house-made red pepper oil on each table. There may be water outside but this is an earthbound space.

Carmine’s has elements of formal dining; there’s a daily bread menu documenting what’s in the cloth-wrapped basket and serving assistants who parade bottled water to each table like an aquatic show and tell. But the mood is warm and familiar: Servers focus less on meeting diners for the first time than they do on planning the second visit. One server, who both looked and sounded like Drea de Matteo, checked in on a group sopping up Sunday gravy with a rhetorical, “Solid, right?” By the time entrees rolled around, everyone answered to the name Sweetie and Drea’s dessert recommendations became law. 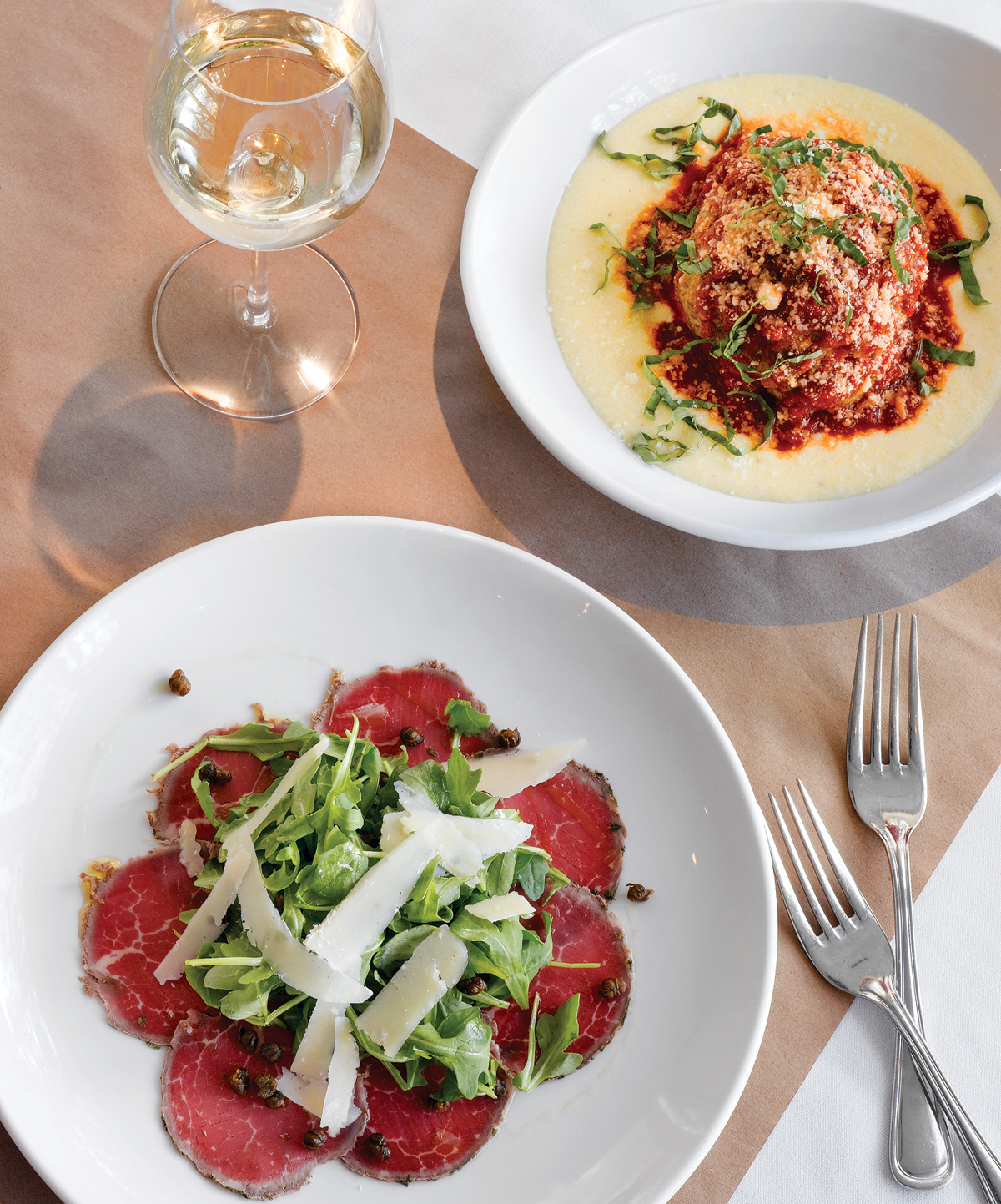 It’s no surprise that the kitchen strives to strike that same balance between everyday and exotic. But, as any Italian restaurateur knows, you’ll never succeed if you can’t master the basics. It’s a task compounded by the expectations every Italophile diner brings with them. What is a surprise is that Carmine’s can’t seem to go astray when it comes to classic dishes and a few are so good that they unseat even the legends of Federal Hill. What do you do to a meatball to give it more impact? Make it the size of someone’s head and serve it over polenta that’s so finely ground that, gloriously, it tastes like sweet corn soup. It’s a dish that manifests Carmine’s completely: hearty and rough but with such delicate features that every bite is a paradox ($14).

Not everything, however, needs to be a study in contrasts. What birthday cake is to kids, arancini ($10) is to adults: all-out hardcore indulgence. Texas might deep-fry butter and bacon but their state fair fare is simply derivative; Italians have been deep-frying rice and cheese for centuries and it never gets old. Tomato sauce is the requisite chaser — they might as well serve it in a shot glass — because its job is to wash the palate clean enough to eat the second of the pair. On the more demure side, the beef carpaccio ($14) is entirely bright from start to finish. The amalgam of sliced tenderloin, spicy arugula, truffle and lemon is the art of the country: classic, bright and brilliantly minimal.

To be honest, it can be challenging to locate the bites that speak with that level of intensity. The menu is large and the wine list far larger. Getting through it all with any kind of mindfulness is impossible unless you claim a table three nights a week. It’s also not unusual for the most compelling discoveries to be hiding in plain sight. Crispy duck confit ($28), for example, meanders from traditional Italian though it’s executed like a native language. The best part of the dish, however, is the fig-walnut ravioli resting under the duck legs and shrouded by a cream sauce. Sweet ravioli may be commonplace but this version — crunchy with nuts and fruit — is as good as it gets. The same holds true for sauteed halibut, a special that is perfectly fine on its own but the sweet pea sauce beneath it — made all the more sweet juxtaposed with a chorizo hash — sits in the memory long after the meal. 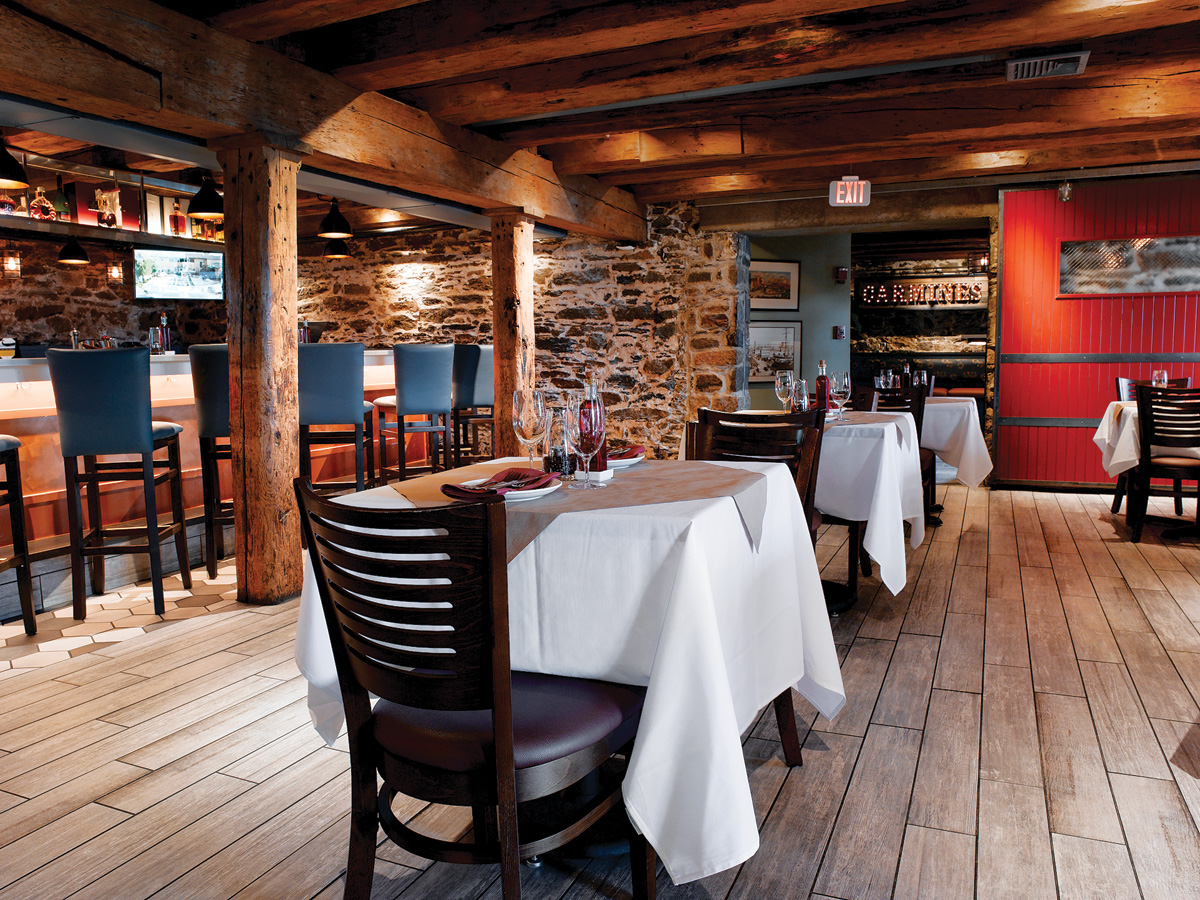 The kitchen is so adept that it’s almost a shame to focus on the Frisbee-sized veal parmesan. We should be able to look past something so ubiquitous; we should be able to move on to more complex offerings. If only. If only someone would come up with a better version, you’d eagerly refocus. That’s Carmine’s veal parm ($27). It can’t get any better.

Dessert doesn’t even try to outgrow its roots. The menu is a plethora of sweetened cheeses — ricotta cheesecake, cannoli, tiramisu — that assert themselves nostalgically. Even the creme brulee announces itself publicly as the air fills with the scent of torched sugar, an event that causes one young diner to lift his nose to the ceiling and shout, “that’s mine!”

So while there are plenty of novel opportunities at Carmine’s, in the reassuring shadow of 200-year-old stone walls and the aura of the Tuscan countryside, no one’s in too much of a hurry to leave the past behind. Memory, after all, can be as powerful as foresight. 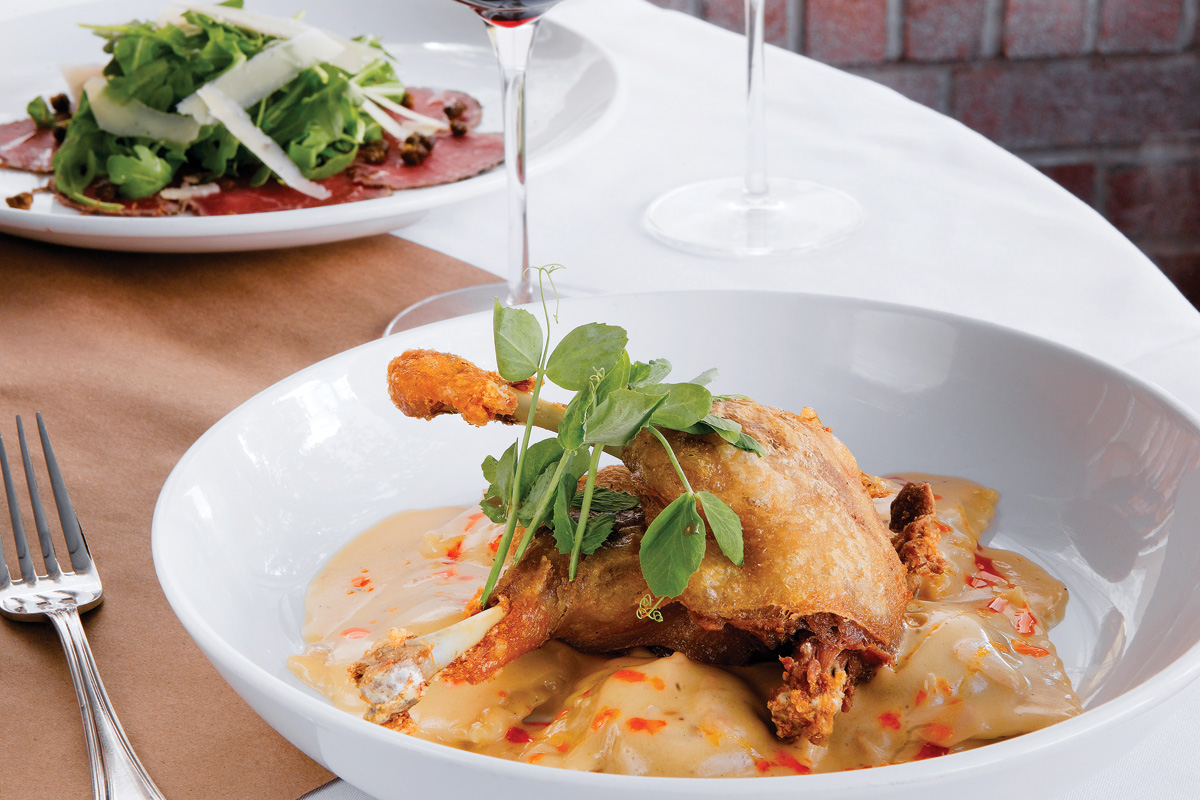