Can Dan Hurley Coach the URI Rams all the Way to March Madness?

Hurley's passion for basketball has taken him on a ride of soaring highs and excruciating lows. 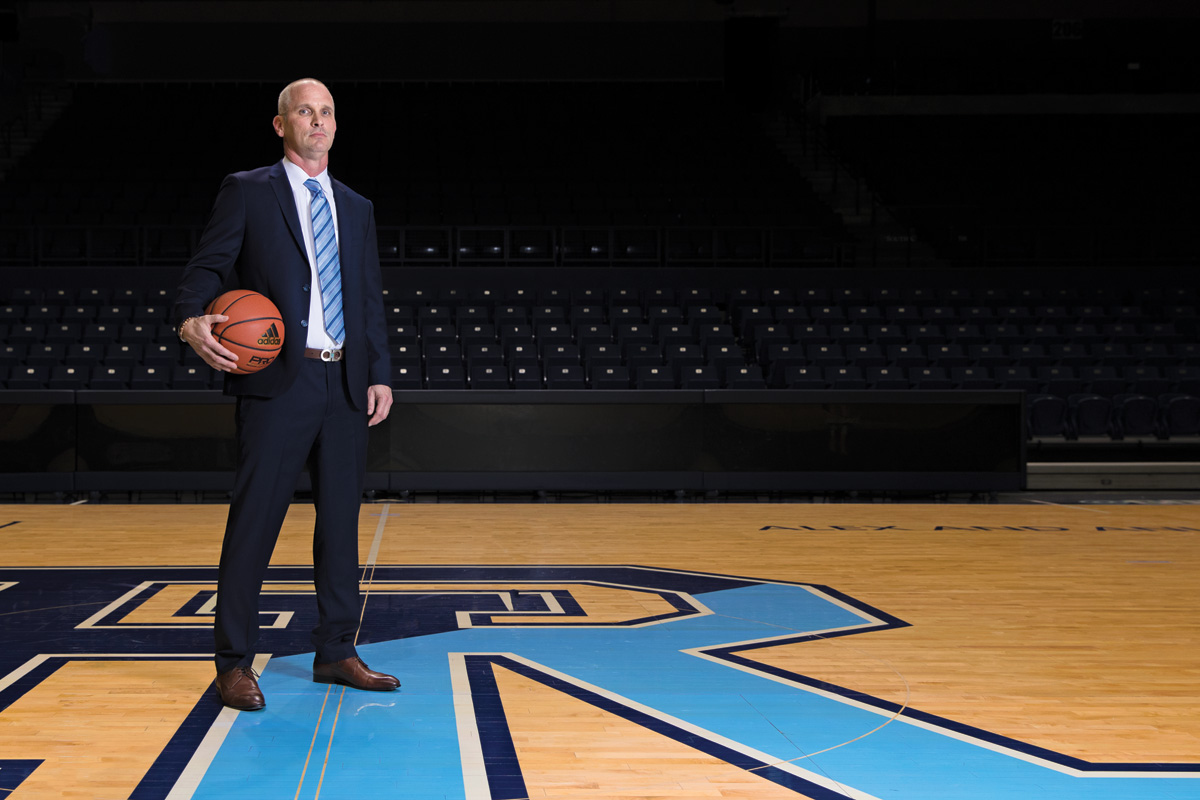 Hurley knows a lot about winning. He has won everywhere from St. Anthony High School in Jersey City, where he played for his father’s legendary teams, to coaching his own national championship teams at St. Benedict’s High in Newark, to his current job as head coach of the University of Rhode Island men’s basketball team, where last year he guided the Rams to the Atlantic 10 Championship.

Hurley has also felt the despair of defeat: Rhode Island’s last-minute loss to Oregon in the second-round of last year’s NCAA March Madness tournament still hurts, but as painful as it was, it paled in comparison to the week in 1993 that he almost lost it all: his sanity; a basketball career that now earns him more than $1 million a year; and his older brother, Bobby Hurley Jr.

Dan Hurley grew up in a close family of six squeezed into a two-bedroom row house that looked just like all the other red-brick row houses in the Greenville section of Jersey City. “We had my Babchi,” Hurley recalls, using the name he called his Polish grandmother, and Melissa, his little sister. “Bobby and I were in the basement.” The two brothers’ beds were packed in so tightly they could barely stand between them.

Their father, the son of an Irish cop, worked as a probation officer by day and moonlighted as a high school basketball coach at St. Anthony High School, where an order of Selesian nuns annually scraped together enough money to subsidize parochial school tuition for Jersey City’s neediest students. A thin line separated the teenage boys who played basketball for Bob Hurley and the young men whom he saw in his probation office. At St. Anthony, Bob Hurley Sr. could reach his players when they were teens, before they faced him from the other side of his desk in the probation building, their lives spiraling toward the state prison at Rahway. At St. Anthony, basketball was about more than winning or losing games; basketball was about winning or losing at life. And Bob Hurley Sr. coached as if lives depended on it.


St. Anthony was too poor to have its own gym so the team practiced in the White Eagle Bingo Hall, a cramped, narrow place with a stage at one end. The White Eagle acted as a daycare center for Dan and his older brother, Bobby. Their father set them on the stage and turned his attention to coaching basketball. Sometimes the coach walked to a corner of the court and closed his eyes, listening for the squeak of sneakers and the voices of his players. If he didn’t hear squeaks and shouts it meant his players weren’t working hard enough and he would, in his own words, “go off.”

The practices inside that little bingo hall were intense, with the coach threatening to erupt at any moment. But that didn’t scare away the Hurley boys. The brothers ached for the chance to play for their demanding father, and the one time he almost walked away from St. Anthony to make a good living coaching college ball at Xavier, the brothers hung their heads and moped. He turned down the Xavier job.

The Hurley brothers did eventually play for their dad, and there were times when they regretted it. He was hard on all of his players and he was doubly hard on his sons. But both emerged from the pressure-packed confines of St. Anthony basketball as diamonds in the basketball firmament, stars recruited by the biggest basketball schools. Bobby, two years ahead of Danny, started as a freshman for the Duke Blue Devils, and went on to win two national championships and All American honors.

Danny graduated from St. Anthony in 1991, and he appeared to be matching Bobby step-for-squeaking-step: His senior team won the state championship, and Dan won honors as New Jersey’s Gator-Aid Player of the Year. Seton Hall University in South Orange saw Danny as the player who could lead its basketball team to greatness, the way his brother was doing for Duke.

Danny looked a lot like his brother, one of the most recognizable players in college basketball, with the same owlish face and stick figure build. But he did not play like him.

In his freshman year, opposing fans loved to taunt Danny with chants of: “Bob-ee’s better! Bob-ee’s better!” He wanted desperately to show them that it wasn’t true, even as it became increasingly clear that it was.

After Danny’s sophomore season, the Sacramento Kings chose his brother in the first round of the NBA draft, giving Bobby a guaranteed contract worth more than $16 million. Danny knew that he would never make that kind of money, and it rankled him. He had the same wiry build as his brother, the same DNA; he had worked as hard, run the same drills for the same coach.