Here are some of the state’s most enticing libations to lure you out, paired with great novels and memoirs. 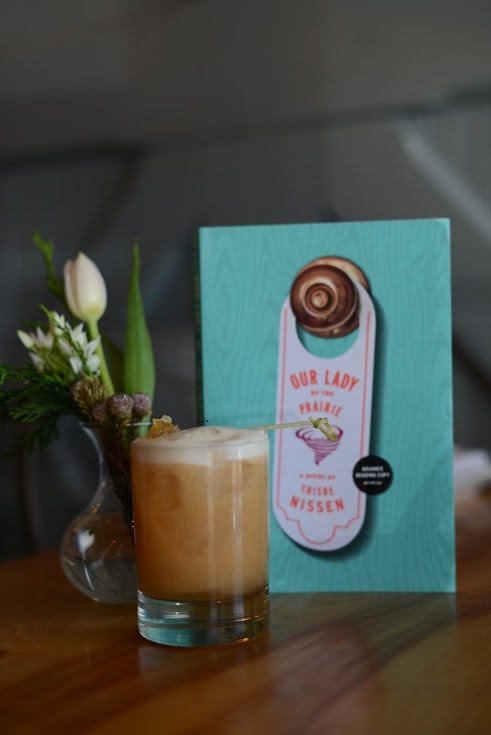 When temperatures turn arctic, there’s nothing that’ll warm you up faster than sitting at the bar with a good book and an even better drink. Staying in during the winter months is tempting, but here are some of the state’s most enticing libations to lure you out, paired with great novels and memoirs.

Told over the course of several months, reliable theater professor Phillipa Maakestad’s life unravels and chaos ensues after a salacious semester-long affair. Phillipa returns to her family just in time for her daughter’s wedding and to scrap her entire life. Equal parts quirky, lighthearted and indulgent, Our Lady of the Prairie pairs perfectly with None of Your Beeswax from Avenue N American Kitchen. With hyper-local and curated ingredients, this frothy bourbon drink creates just as much of a buzz as all of the drama that unfolds in the pages of this book. 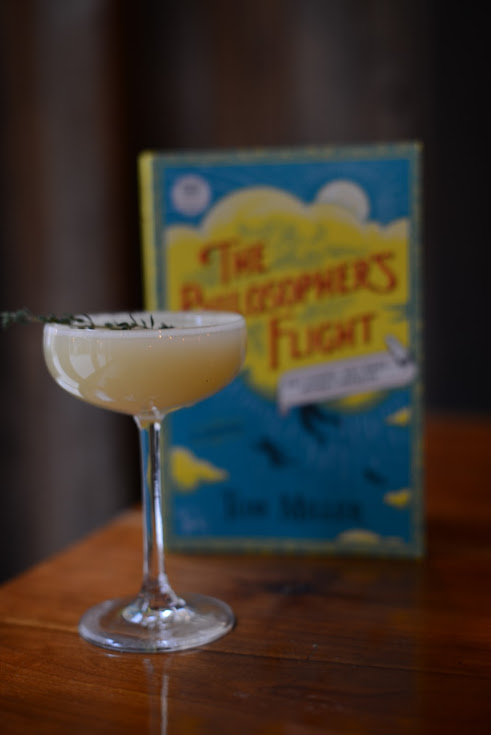 Emergency Room doctor turned novelist Tom Miller has created a spell-binding tale that involves young Robert Weekes and his dreams of putting his knowledge of empirical philosophy to use in the Great War. Though the field is deemed impractical, a horrific accident in rural Montana allows Weekes the opportunity to try his hand, and he succeeds. What transpires next is a fantastical coming-of-age tale that will inspire and chill you. In homage to American history, The Philosopher’s Flight pairs nicely with the World War II Monument from Rogue Island. A subtle yet sharp drink, it may bring out the courage in you. 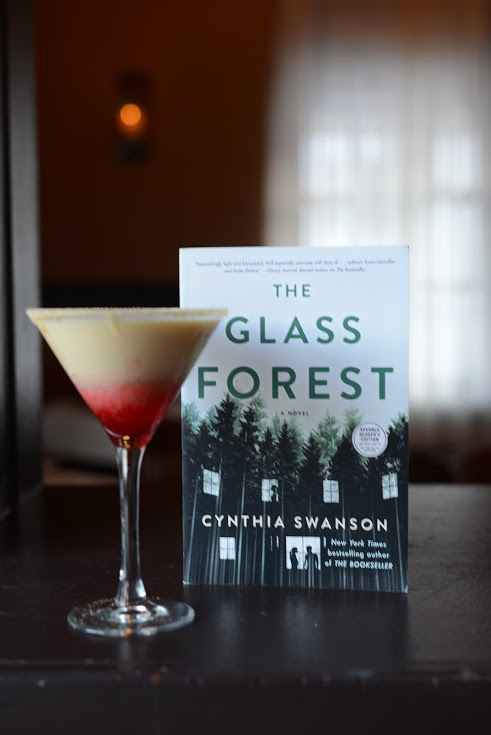 3. The Glass Forest by Cynthia Swanson paired with the Eggnog Martini from Johnny Granata’s

There is truly nothing as delicious as sitting down to an emotionally entangled thriller in the winter. Set in the fall of 1960, one young family’s perfect life is changed after a single phone call. Disappearance, murder and grief test the main character, Angie Glass, until the very last page.  A seasonal take on the classic 1960s cocktail, the Eggnog Martini from Johnny Granata’s is the perfect complement to The Glass Forest. The off-the-menu addition of grenadine gives the drink a hint blood ripped from the pages. 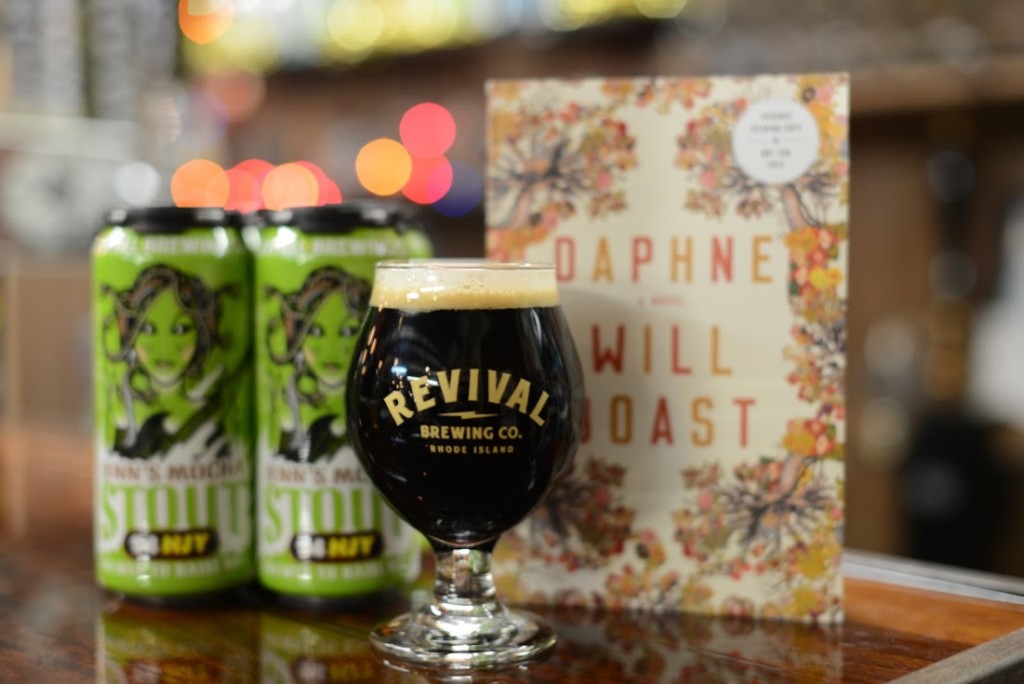 4. Daphne by Will Boast paired with Mocha Stout from Revival Brewing Company

In this highly anticipated debut novel, the myth of Daphne and Apollo is reimagined in a way that will leave you breathless. When Daphne, who suffers from emotion-related paralysis, meets Ollie, she has to question her entire being. Will she stay in isolation and preserve her life? Or will she risk everything for one touch? A newly released, special-edition stout, Revival Brewing Company’s Mocha Stout is as intoxicating, velvety and enchanting as the whirlwind tale of Daphne. 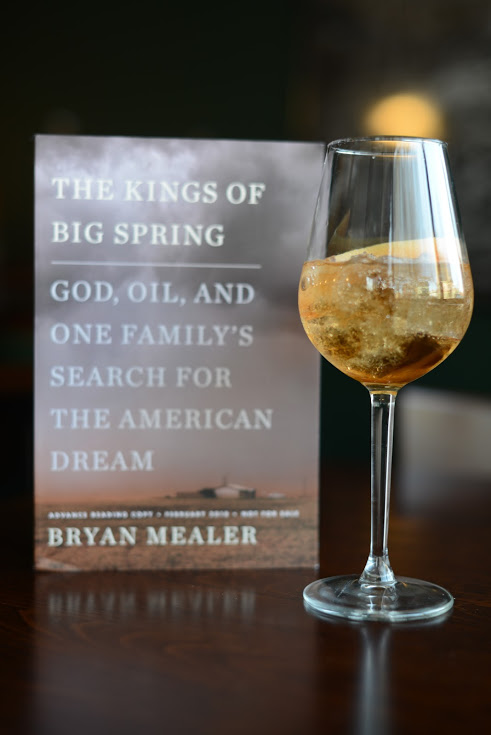 5. The Kings of Big Spring by Bryan Mealer with the Featherweight from Pastaio

For those of you who like a good biography, this one’s for you. At the end of the nineteenth century, author Bryan Mealer’s great-grandfather sets out for Texas in hopes of striking it big, but due to a series of challenges, he and his family spend generations living on the edge of poverty. That is until a century later when the author’s father receives a phone call that will change the family’s trajectory for life. What unfolds is a riveting look at one family’s story, and a portrait of America’s evolution. An earthy and refreshing drink, the Featherweight from Pastaio pairs excellently with The Kings of Big Spring and will make you feel like as much of a champion as the Mealers. 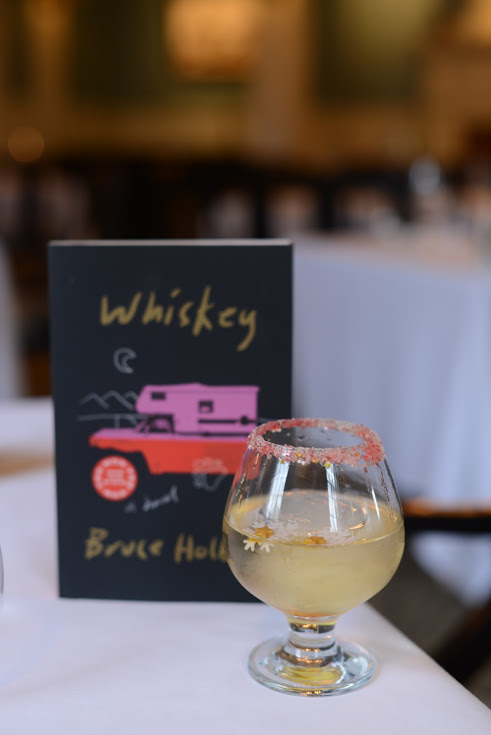 6. Whiskey by Bruce Holbert with Starry Night from Grace Vanderbilt

Raised by highly dramatic parents, brothers Smoker and Andrew are now feeling the effects well into their adulthood.  When Smoker’s daughter is abducted, the brothers set out to find her.  What follows are pages full of dark humor, shenanigans and lots of liquor. Whiskey pairs nicely with Starry Night from Grace Vanderbilt, evoking imagery of the nights that Smoker and Andrew spent outdoors in the Pacific Northwest.

Read, Drink and be Merry at the Newly Opened Riffraff Bookstore and Bar