Who Has the Best Clam Cakes in Rhode Island?

The Fourth Annual Lil Rhody Clam Cake Crawl has determined a winner for 2017. 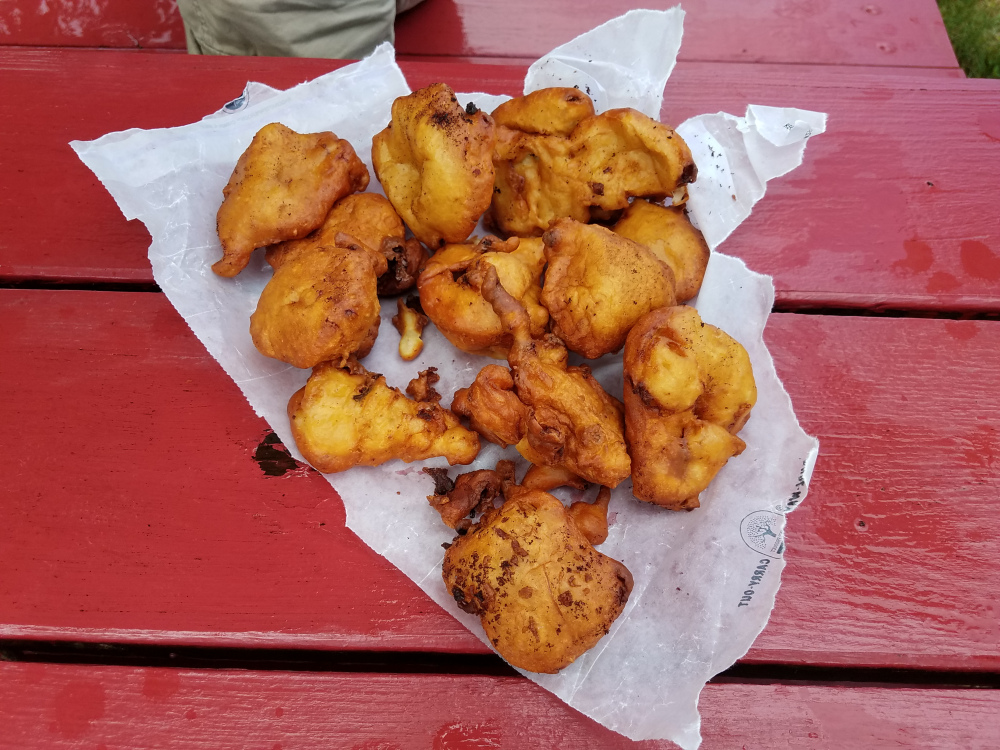 Rhode Island’s Clamarati were at it again this past weekend for their Fourth Annual Lil Rhody Clam Cake Crawl. On Saturday, participants boarded a seven-passenger minivan and trekked across the state from Charlestown to Portsmouth to try clam cakes at thirteen spots in nine hours. 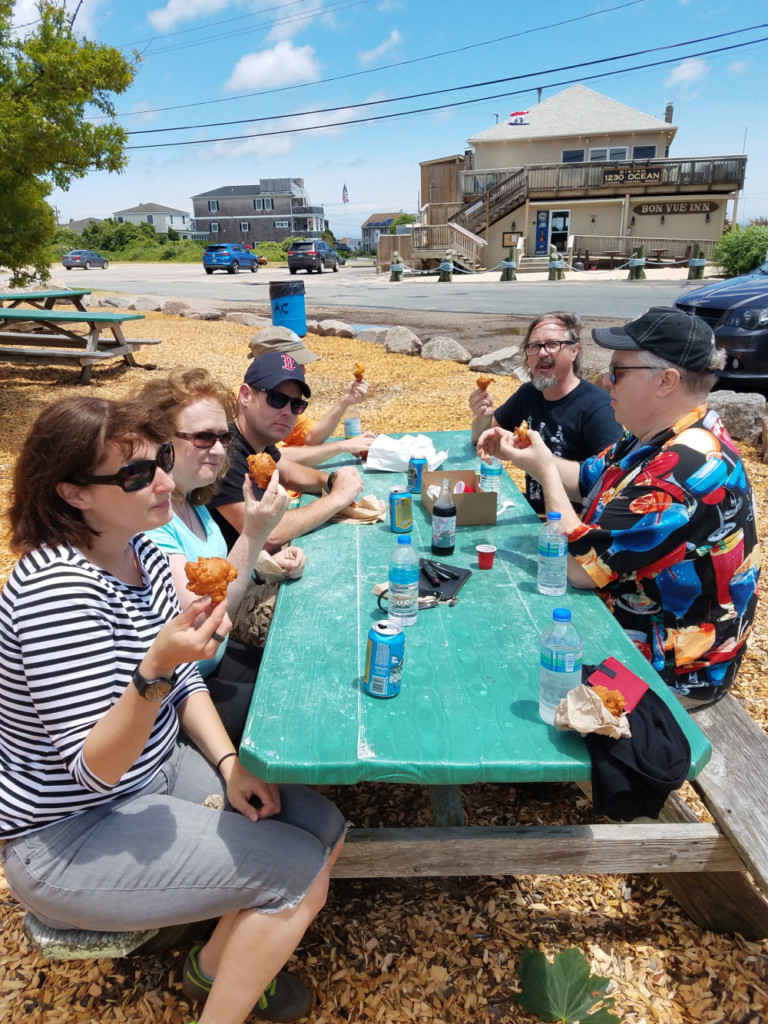 The group of clam cake critics, including Renee Bessette (in stripes) and Joe Mecca (in Hawaiian shirt). 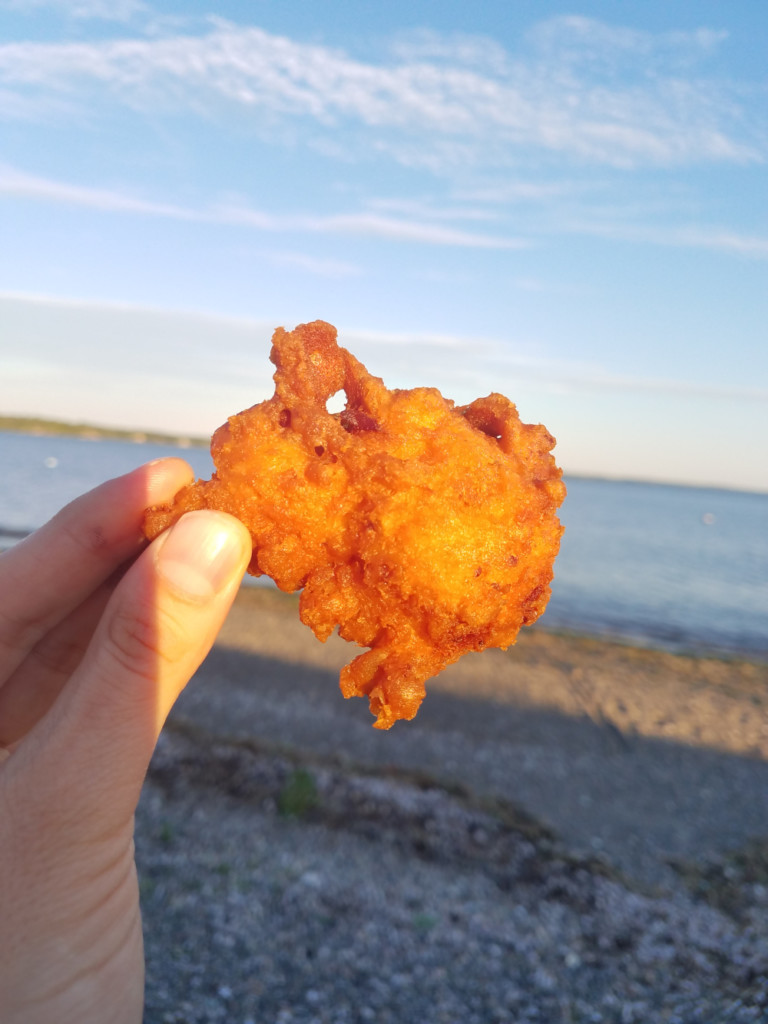 A clam cake at Flo’s Drive-In.

The idea for the Clam Cake Crawl came about when founder Renee Bessette and Joe Mecca recorded an episode of their pubcast, Joe Mecca’s Big Mouth, and the subject of clam cakes as a uniquely Rhode Island food came up. Learn more about the origins of the Clam Cake Crawl.

The subject of clam cakes inspires quite the discussion: “Everyone has a very passionate response to the question, ‘Who has the best clam cake?’ ” says Bessette on her blog, Only in Lil Rhody. “It’s a very intimate preference, based on personal taste (some like it crunchy, some like it soft, some like big nubbins, some like tiny bits of clams versus large chunks), historical geographical comforts, and family history.” 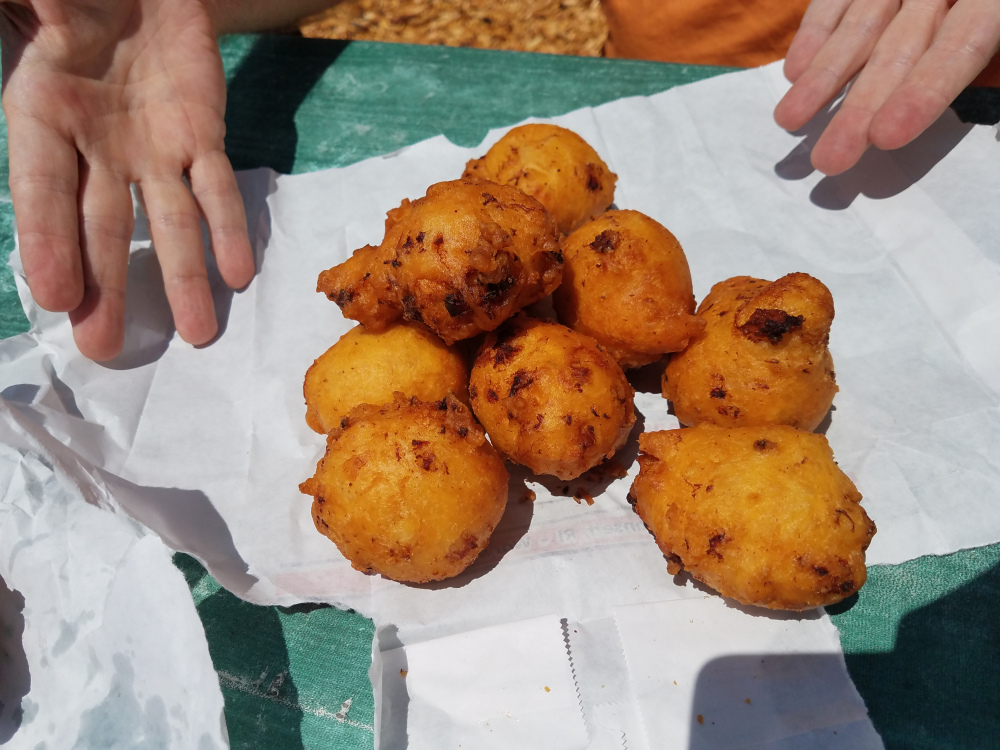 And so Bessette enlisted friends and fans to embark on another day-long journey to determine the best clam cakes in the state. With a group of seven full-day and seven part-day people weighing in throughout the voyage that traveled 168 driving miles in four Rhode Island counties, results were tallied from scorecards to declare a 2017 winner.

To find out the winner of this year’s Lil Rhody Clam Cake Crawl, visit Bessette’s blog, Only in Lil Rhody.

The Clamarati’s Annual Clam Cake Crawl Results Are In

A to Z Guide to Food in Rhode Island