A Peek Inside Belcourt of Newport

Alex and Ani's billionaire founder, Carolyn Rafaelian, is renovating this historic mansion from the bottom up. 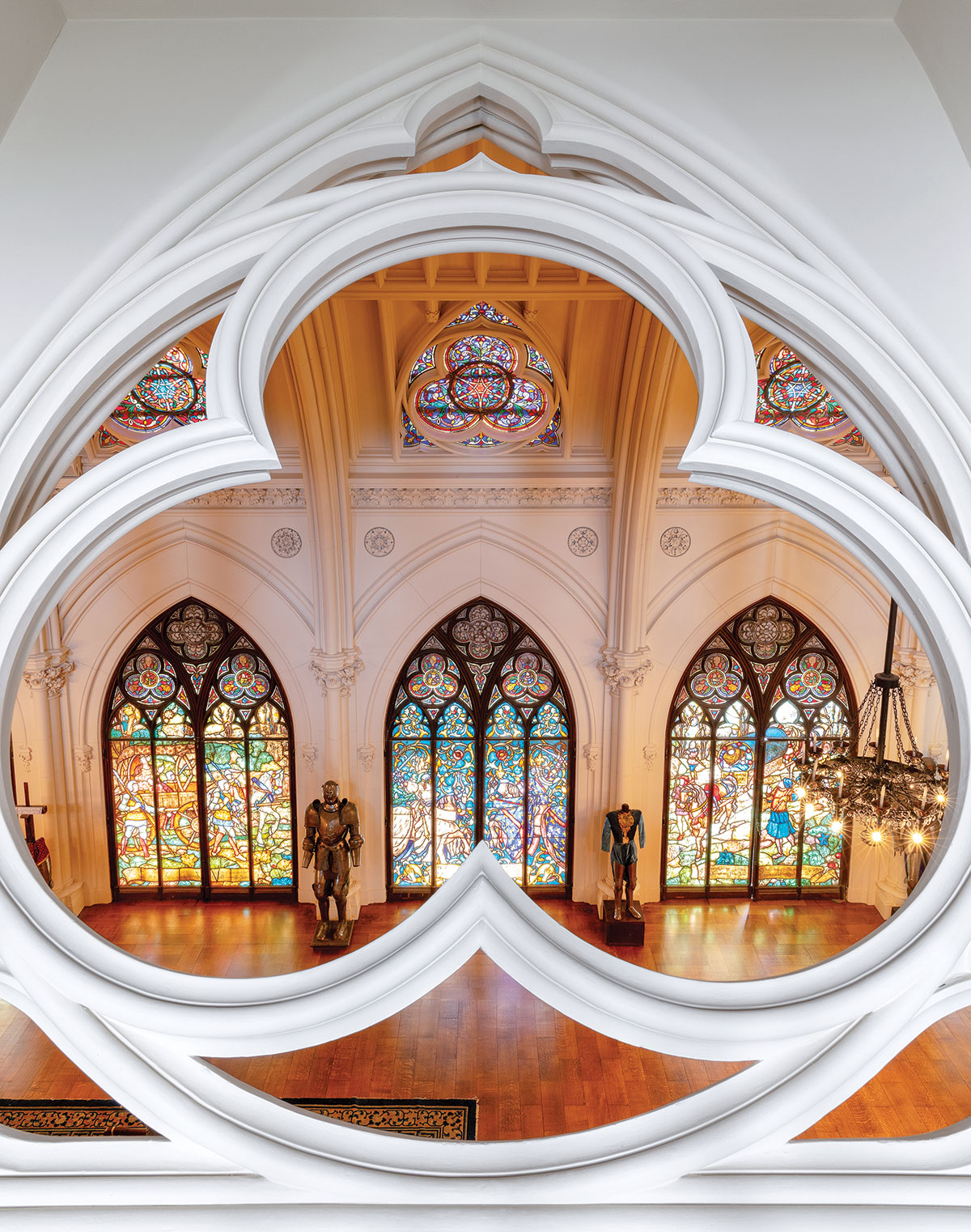 In September of 1895, Oliver Hazard Perry Belmont christened his new Newport mansion with a bachelors’ ball, where guests danced in the French Gothic ballroom while musicians played in the corridor above. But Oliver didn’t find his one true love that night; he’d been courting the recently divorced Alva Vanderbilt and married her just four months after his big bash. “She started to change the house as soon as they got married,” Belcourt historian and filmmaker, David Bettencourt, says. “The house was at its happiest from 1896 to 1908,” when Oliver died and Alva refocused her life on women’s suffrage. Belcourt might’ve been at its saddest just before billionaire Carolyn Rafaelian, of Alex and Ani fame, purchased it in 2012. The Pennsylvania slate roof was leaking, resulting in extensive water damage. A team of restoration professionals repaired the roof and got to work on the interior, including the French Gothic ballroom. “The stained glass is medieval, most likely the thirteenth century,” Bettencourt says. “It’s from an area in France that the architect, Richard Morris Hunt, was fond of.” The glass was cleaned and repaired and Rafaelian decorated the space with armor she’d inherited from the mansion’s previous owners. The restoration has been a careful process, Bettencourt says, and there are still several rooms that remain untouched. “Everything inside is painstakingly slow to make sure we get it back to the place it was,” he says. Sign up for a guided restoration tour of Belcourt at belcourt.com.