Behind the Scenes with Stars from Jersey Boys

We spoke with Matthew Dailey and Drew Seeley about their roles in the musical, now showing at PPAC. 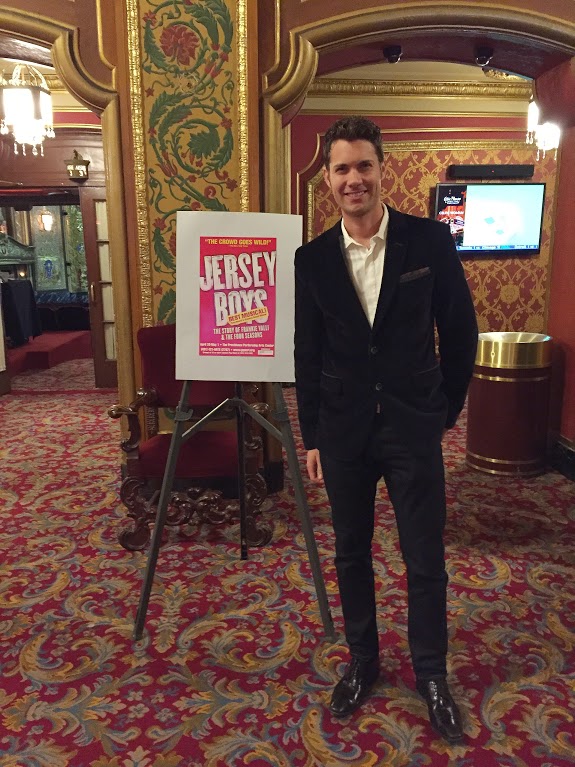 The Tony, Grammy and Olivier Award-winning hit musical Jersey Boys, the story of Frankie Valli and the Four Seasons, has returned to the Providence Performing Arts Center. The play is a true story of how a group of blue-collar bad boys became one of the most well known American pop groups of all time. The group wrote all of its own songs, invented their own sounds and sold 175 million records worldwide. The show features many of their hit songs including “Sherry,” “Big Girls Don’t Cry,” “Oh What a Night,” “Walk Like a Man,” “Can’t Take My Eyes Off You” and “Working My Way Back to You.”

The cast of Jersey Boys is led by Matthew Daily (Tommy Devito), Aaron De Jesus (Frankie Valli), Keith Hines (Nick Massi) and Drew Seeley (Bob Gaudio) as the Four Seasons, with Barry Anderson and Thomas Fiscella. The show will be held from Wed. April 27, to Sun. May 1. Tickets are on sale for $36–$128. Be sure to grab them quick before they are sold out!

We had the honor of talking with two of the musical’s stars, Matthew Dailey and Drew Seeley, about their roles in the play.

Gabby: Tell me a little bit about your role in the play?

Drew (Pictured above): I play Bob Gaudio who was the last member to join the group, the youngest and also the main songwriter. Him, Frankie and Tommy are all still alive, but Frankie and my character were a huge part of getting this show off the ground and they still come to see the show. It’s kind of crazy playing people that are still alive. Bob is a soft spoken, talented, smart, quiet guy who steps back and lets Frankie take the light.

Gabby: What research did you do to get comfortable with your role?

Drew: Watched a lot of sopranos and tried to get rid of my Canadian and Californian accent. I didn’t have to do a large amount of prep, in the sense that personality-wise I am a lot like the Bob character. 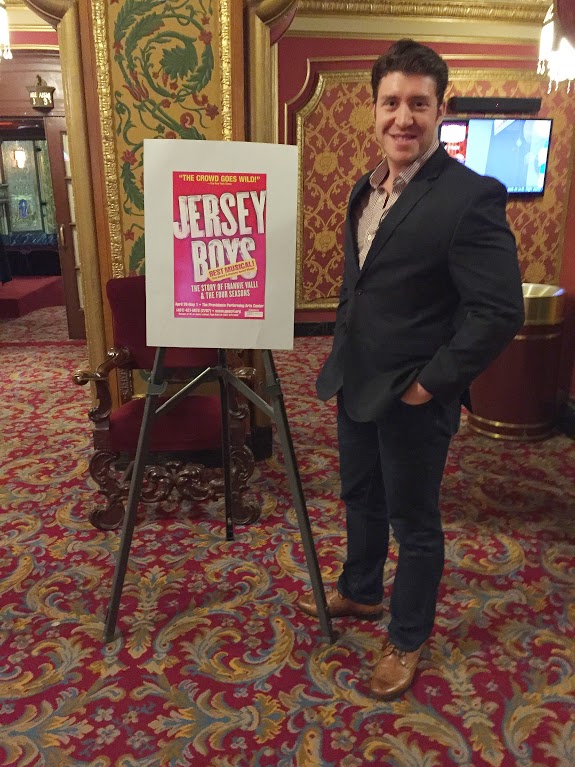 Gabby: Tell me a little bit about your character?

Matthew (pictured right): I play Tommy DeVito, he is the self-proclaimed bad boy of the group. He starts the group, gets everyone going and then leads to their demise.

Gabby: What is Tommy Devito’s part in the play?

Matthew: Each of the four guys gets a chance to narrate the story and Tommy starts it. The first thirty-five minutes of the show involve me narrating the origins of the group and how each guy came to join the group. He has many interesting parts at the beginning of the play.

Gabby: What did you do to research for this play?

Matthew: I did a lot of research into that neighborhood, a little bit about the mafia from that time because he had strong ties to the mafia and listened to a lot of their music on loop.

Gabby: Did you face any challenges with this role?

Matthew: Every role comes with challenges. For this one, it was figuring out how to do the dance moves, sing and play guitar all at the same time. I’ve sung and danced before, but never all of it while playing the guitar, so that was definitely a learning curve.