The motto is: will run for beer. 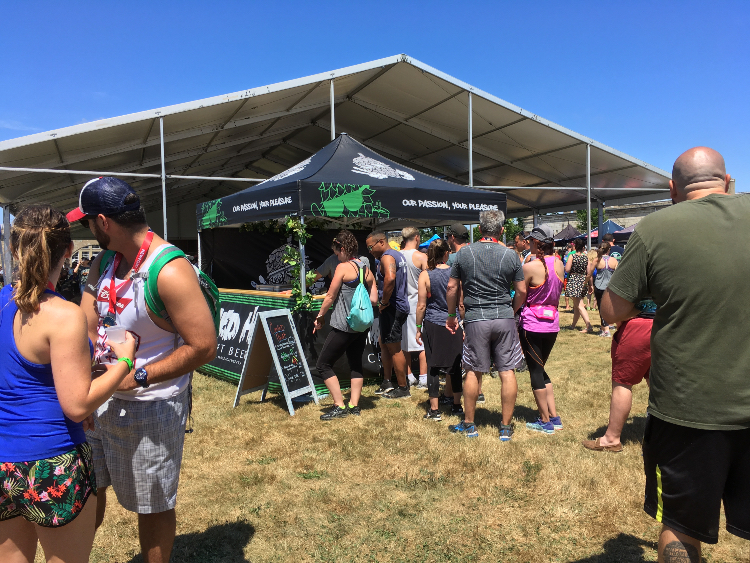 I have never really been a fan of running and I have little interest in races. So why did I sign up for the Newport Craft Brew 5-K this past weekend? Well, I was willing to do it for the promise of a craft beer festival at the finish line.

I could have just participated in the beer festival portion of the day and not taken part in the race beforehand, but to deprive myself of all that sweat and a bright new sunburn would’ve been too regrettable. Sunburn and sweat aside, the running wasn’t as awful as I thought it would be – or really that awful at all. 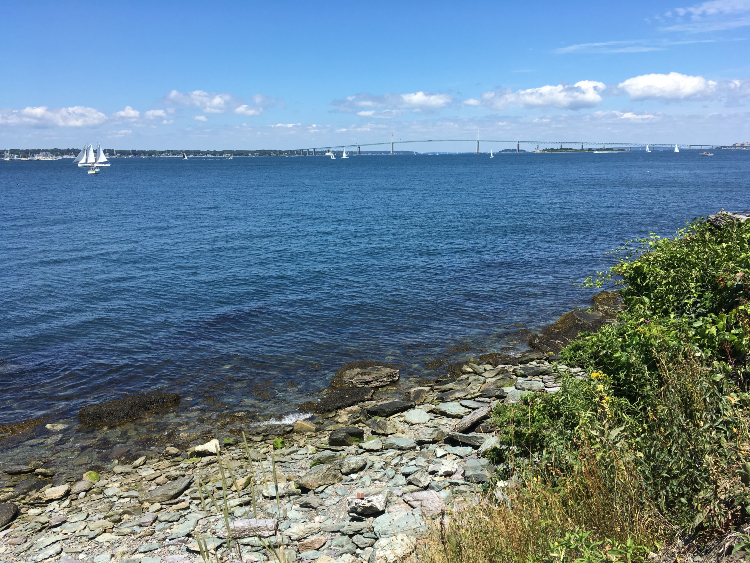 As someone who hasn’t run outside since middle school gym class, there was probably no better way to ease back into running than on Fort Adams’ scenic bay walk path. The conditions (and views!) weren’t too bad either – the temperature clocked in in the mid-seventies, an occasional ocean breeze was refreshing mid-run and views of Narragansett Bay were as beautiful as ever.

I wish I could say I ran the whole three miles, but after the two mile mark I allowed myself a leisurely walk for just a few minutes to take in the views. I also took the time during that short break to fully come to terms with an important lesson: wine and chocolate cake the night before a run isn’t the best idea. 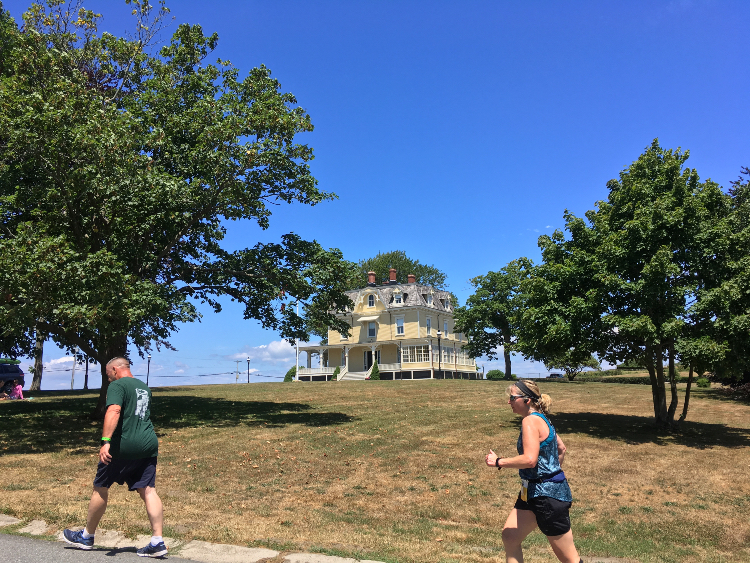 Overall, I placed third out of the group of five people that I ran with. I managed to trail the first person who finished in our group by about a minute, and although my overall time could have been better, how else would have I admired the blue sky and sailboats cruising by on the glorious summer day without taking my time?

Once our group was past the finish line, it was finally time to embark on the greatest task at hand: sampling craft brews from more than forty local breweries around New England. Did we hit each tented spot and try every beer? Not quite, but we did go back for seconds (and thirds) of our favorites!

Alas, as hunger set in and runners and festival-goers stared to disperse, we clinked our complimentary Newport Craft Brew Race pint glasses to a day of beautiful views and well-earned brews.