The restaurant and bar has quite a story to tell in its pre-Prohibition style dining room at the historic Conrad Building. 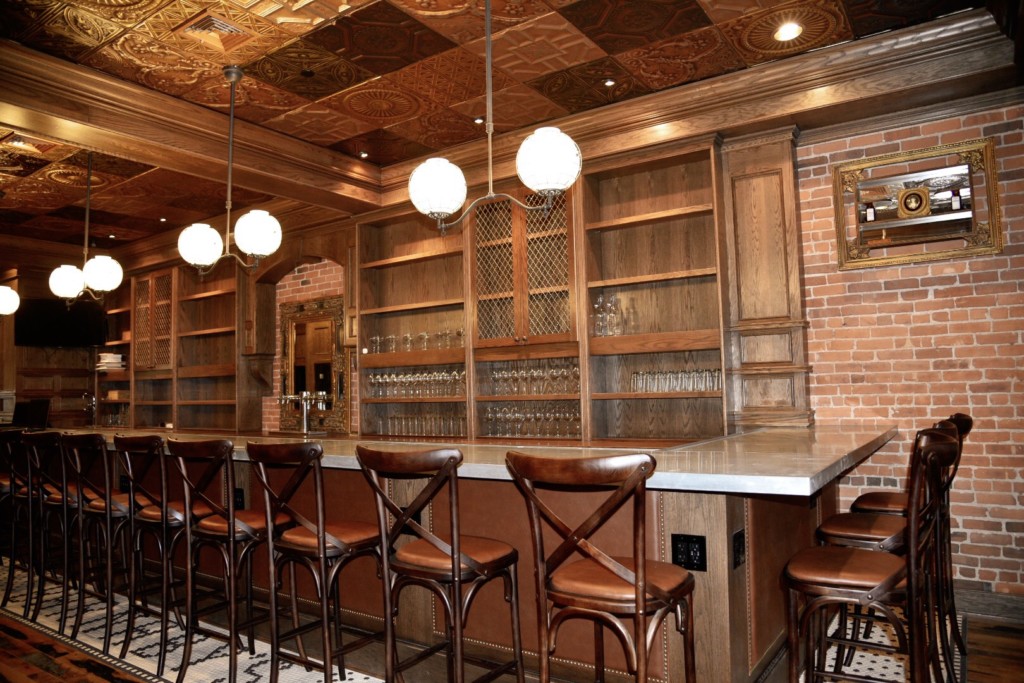 Barnaby’s Public House opened with quite a story to tell in its pre-Prohibition style dining room at the restored historic Conrad Building at 385 Westminster Street in Providence. Providence Coal Fired Pizza owners David Bertolini and Michael Santos have led the renovation of the building that’s located next door to the original Providence Coal Fired Pizza that was erected in 1885 by the restaurant’s namesake, Jerothmul Bowers Barnaby.

You might be familiar with the Barnaby name thanks to the beautiful Victorian mansion Barnaby’s Castle on the West Side of Providence, which was once Jerothmul Barnaby’s residence. The 19th century millionaire made his fortune selling clothing in Providence, and his wife was the victim of the first murder committed through the United States postal service. Barnaby’s wife, Josephine, was killed after drinking from a bottle of poisoned whiskey that was sent to her through the mail by an undetermined source in 1891. The story will be shared in various ways throughout Barnaby’s Public House, from the restaurant décor to the menu, and you can read all about it on the restaurant’s website.

The dining room’s Victorian details have been restored and the owners have remained faithful to the pre-Prohibition era in the design of the space. Details include a tin ceiling, dark wood detailing and art that tells the infamous tale on the walls. The menu includes craft cocktails and beers, fine wines and liquors including whiskeys, bourbons and ryes, but don’t worry, there will be no poison in these bottles.

See a slide show of images of Barnaby’s Public House.

Barnaby’s Castle is also open for tours by appointment or private party. Funds raised help to renovate the mansion to its former glory. Contact Kaitlyn Frolich at 401-617-4660 for more information. Click here to visit the Facebook page.