The biggest fashion event of the summer will raise funds for Child and Family with an open bar cocktail party, fashion show, clothing and accessories from the featured designers and much more. 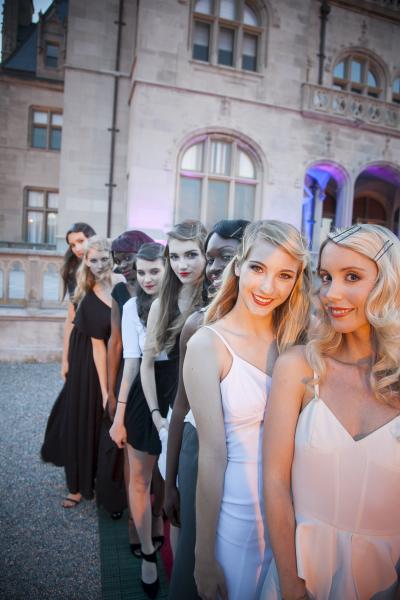 The biggest fashion event of the summer is returning to Newport on Friday, July 14. StyleWeek Northeast is bringing back Au Courant and combining it with StyleWeek Swim starting at 7 p.m. at Fort Adams. The benefit is a fundraiser for Child and Family, a nonprofit organization that supports programs that strengthen families in Newport County and throughout Rhode Island, including the expansion of foster care services.

Headlining the fashion event of the season is celebrity stylist Derek Warburton, a New Hampshire native who is an advocate for supporting the homeless and was recently honored as a style ambassador of the city of Los Angeles. He has styled stars like Beyoncé, Miranda Kerr, Heather Graham and Rhode Island’s own Olivia Culpo, who graced the cover of his fashion magazine, LaPalme.

Founded by Child and Family and StyleWeek Northeast in 2011, Au Courant celebrates the creative talents of designers in the Northeast. This year’s event will feature StyleWeek Swim, a showcase of current resort and swim collections from designers all over the northeast, including Jess Abernethy, Gypsetgirl, Karo Swimwear and  KaliKa.

The evening includes an open bar cocktail party inside the Fort Adams courtyard with hors d’oeuvres, catering and desserts, as well as a silent and live auction with unique items that have included lunch in New York City with fashion guru Tim Gunn, spa retreats and Swarovski jewelry. Clothing and accessories from the featured designers will be available for purchase. Warburton will feature his new fine jewelry line and he will host a model installation in addition to speaking about the work of Child and Family and the time in his life when he was homeless as an adolescent. Tickets are $125 per person. Buy tickets here.

Here’s a Q-and-A with Warburton: 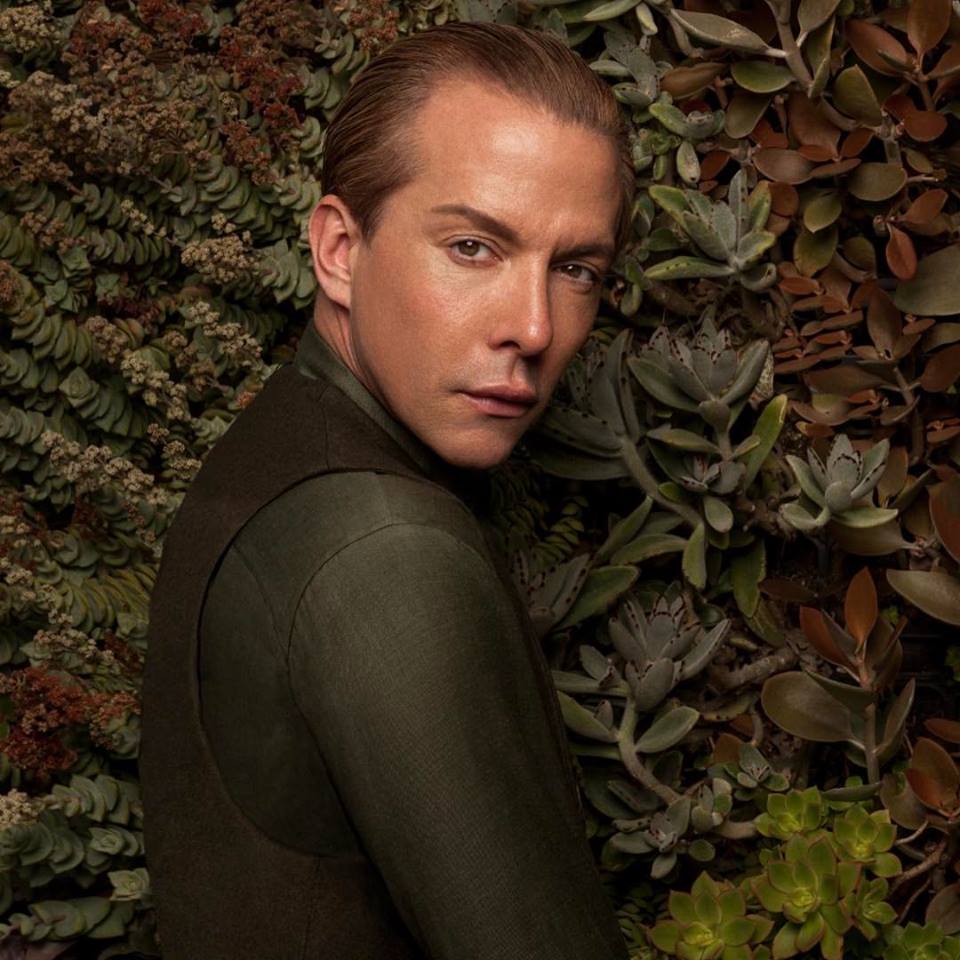 I’ve seen you on “The Rhode Show” and other local outlets. What is your connection to Rhode Island?

I am a New Englander. I grew up in New Hampshire, I lived in Boston for years, and I used to do a lot of brand endorsing. I hosted StyleWeek years ago, and it was one of the first ones Rosanna [Ortiz] did. I also met the owner of OPTX [in Cranston], Lynne Diamante, at StyleWeek, and she follows me on Instagram and wanted to team up. I use her designer sunglasses in my wardrobe and styling, and she also works with Olivia Culpo, who is from Rhode Island and was on the cover of my magazine.

What will you speak about at the event?

This event is my message. It was all a good fit. I am going to talk about how I wish I was able to use the services that Child and Family provides when I was a kid, because I grew up homeless. I was homeless for eight months between the ages of thirteen and fourteen in Central Florida. It’s a slippery slope to homelessness and people don’t understand that. The children really become the victims because they did nothing to get there. Later in life, you have to make that decision of whether you are going to take that and channel it into something good, or a lot of kids get lost and channel it into something bad. I am very blessed and I was able to channel those experiences into becoming a success. I want to talk about how these programs help these kids turn their lives into success stories, just like I did.

And you have just launched a new jewelry line?

The jewelry line is called Mr. Warburton. I am an artistic, eccentric man and I love Truman Capote. He created great dramas, such as Breakfast at Tiffany’s which is everybody’s favorite movie. I love jewelry, obviously, I am a fashion person. I wanted to express myself through jewelry so I just started the line. The tag line is Wear Your Drama. Instead of being drama yourself, wear it! You channel your energy in different ways. I like to channel my energy in a positive way even when things are horrible. When you are wearing your drama, you represent it that way. That goes along with my philosophy in a deeper way. I do some things that are more affordable for people because I want everyone to enjoy it.

What’s the most fun about being a celebrity stylist?

I’ve worked with tons of different people: Jessica Alba, Olivia Culpo, Shay Mitchell and Josh Henderson, who are on the cover of the current issue of LaPalme. It’s really fun because when you work with an actor or actress, they become a character. It’s fun working with their personalities. It’s fun coming together and collaborating on something. It might not be a film or TV show, but it’s still an expression of art. I don’t do red carpet anymore. Now I work with stylists to put my jewelry on the red carpet. Now I am giving them pieces to put on and collaborating with stylists and celebrities.

What has it been like to see Olivia’s career explode in a whole different way now?

I worked with her a year ago when she was on the cover of LaPalme. She’s like everybody else. We all have our ups and downs and now she’s finding her place. She was Miss Universe and then a major A List star’s girlfriend, and then her career turned into something else. She has found her niche. She has great style on her own. She’s also like me; she’s all about home. I am happy for anyone who can make it because this is a crazy business. It’s cutthroat, and it’s hard, and there’s always someone there to push you out of the way, and if you can find your niche and grow and be happy and love what you are doing, that’s the goal.

And you have found your niche with various things including all the charity work you have done and your jewelry line. It’s always evolving.

I’ve worked with Bottomless Closet in New York City since 2007-08 and we’re bringing a bunch of success stories all together this month. We’re filming and doing another workshop with the women. It’s so funny how the world and life happens. My big break in media was about ten years ago when I was working with them. No one knew who I was, I was new in New York, and the New York Times did a huge story on my work. It changed my entire life. I was in Hollywood within four days.

The Bottomless Closet helps women with clothing as they search for employment, and it provides on-going support and education?

Yes, I have helped more than 1,000 women on getting back to work. I was also recently named a style ambassador for the city of Los Angeles. The state of California recognized me for my work with Bottomless Closet. We’re working with Union Rescue Mission in Los Angeles and we’re building a brunch series that I’m trying to take national for communities to come together to help the homeless get clothes and obviously to feed them, lift them back up and get them back into the workplace.